ARBOCARTO V2 is an application initially intended for health actors, allowing to target the places where a risk of abundance of mosquitoes, vectors of human arboviroses, is very high, in order to orient the actions of social mobilization of fight against vector and to adjust the actions of the field teams to the neighborhoods at risk.

Intended for Regional Health Agencies and private or public mosquito control operators, the Arbocarto-V2 application is operational and available via a request form from the French Ministry of Health and Prevention. The tool generates predictive maps of the abundance of Aedes albopictus or aegypti mosquitoes in a given territory, depending on the user's choice, and allows the simulation of different prevention or control scenarios.

See the main page of the project ARBOCARTO-v2 Mainland France. 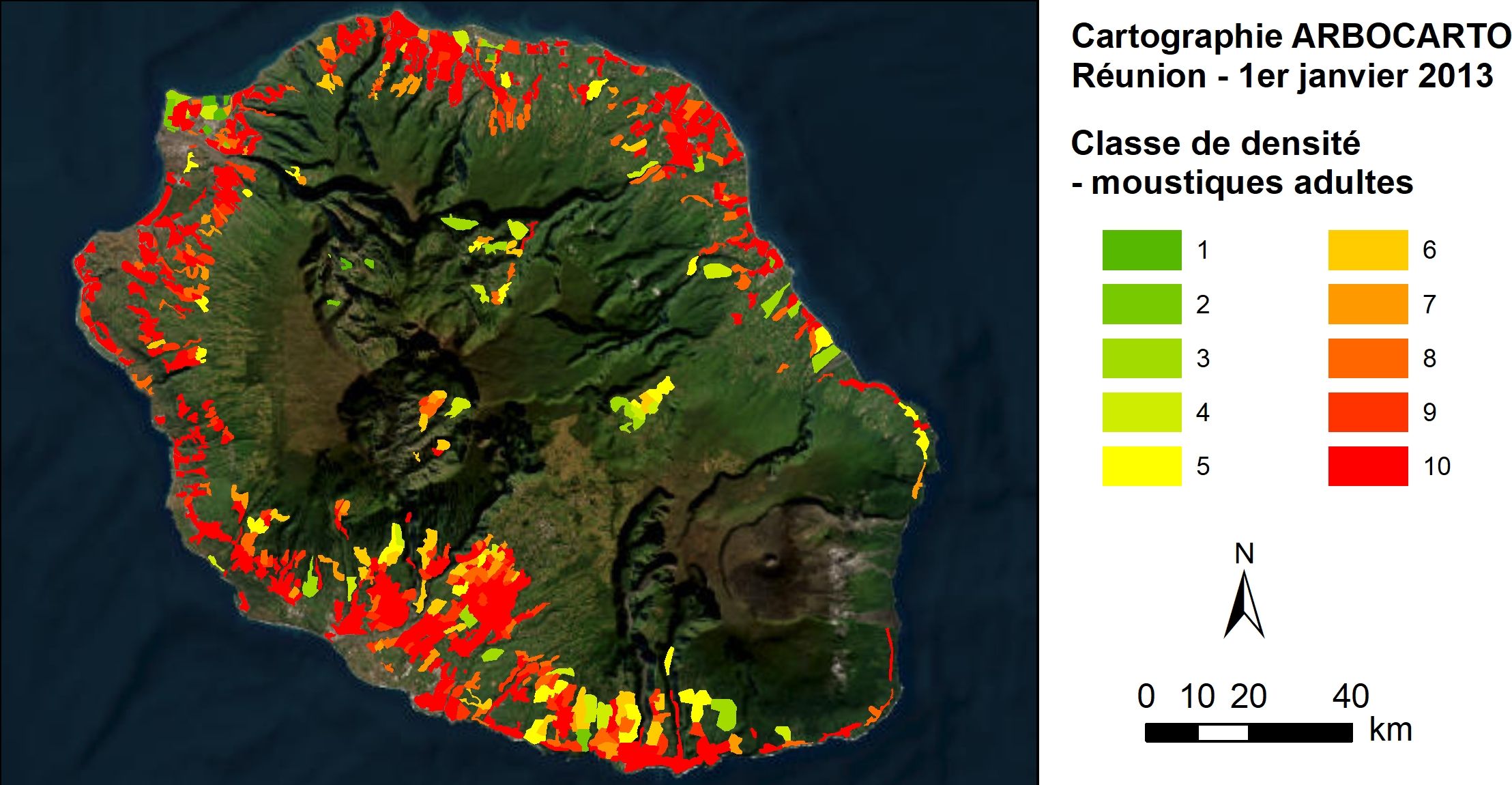