88%of the country covered by forest

13National parks covering 11% of the country

Gabon in the starting blocks

Published on 31/03/2021
"In a changing world, we are subjected to the forces of nature but the causes are human. How can we leave a better world for our children? When we see how COVID 19 is dictating our lives today, let's make sure that the same thing doesn't happen with climate change." With these words of warning and his proactive approach, Aboubakar Ndjoungui Mambimba, Deputy Director General of the Gabonese Space Agency AGEOS, is the dynamic force leading the creation of SCO (Space Climate Observatory) Gabon and its first project to preserve the mangroves. We met him to find out more.

Gabon was one of the founding members of the SCO initiative in June 2019. Why this immediate commitment, what do you expect of the SCO?

Aboubakar Ndjoungui Mambimba: Gabon is strongly committed to the issues of climate change because its economic activity is situated entirely on the coast and 88% of the country is covered by forest. With these facts in mind, we considered the SCO initiative to be a useful framework to benefit from the experience of the other members and show that the climate issue affects everyone: it is only by working together that we will be able to control these changes and adapt to them. The SCO approach is a totally new, practical and fact-based initiative that brings brick-and-mortar solutions at a time when action is vital. 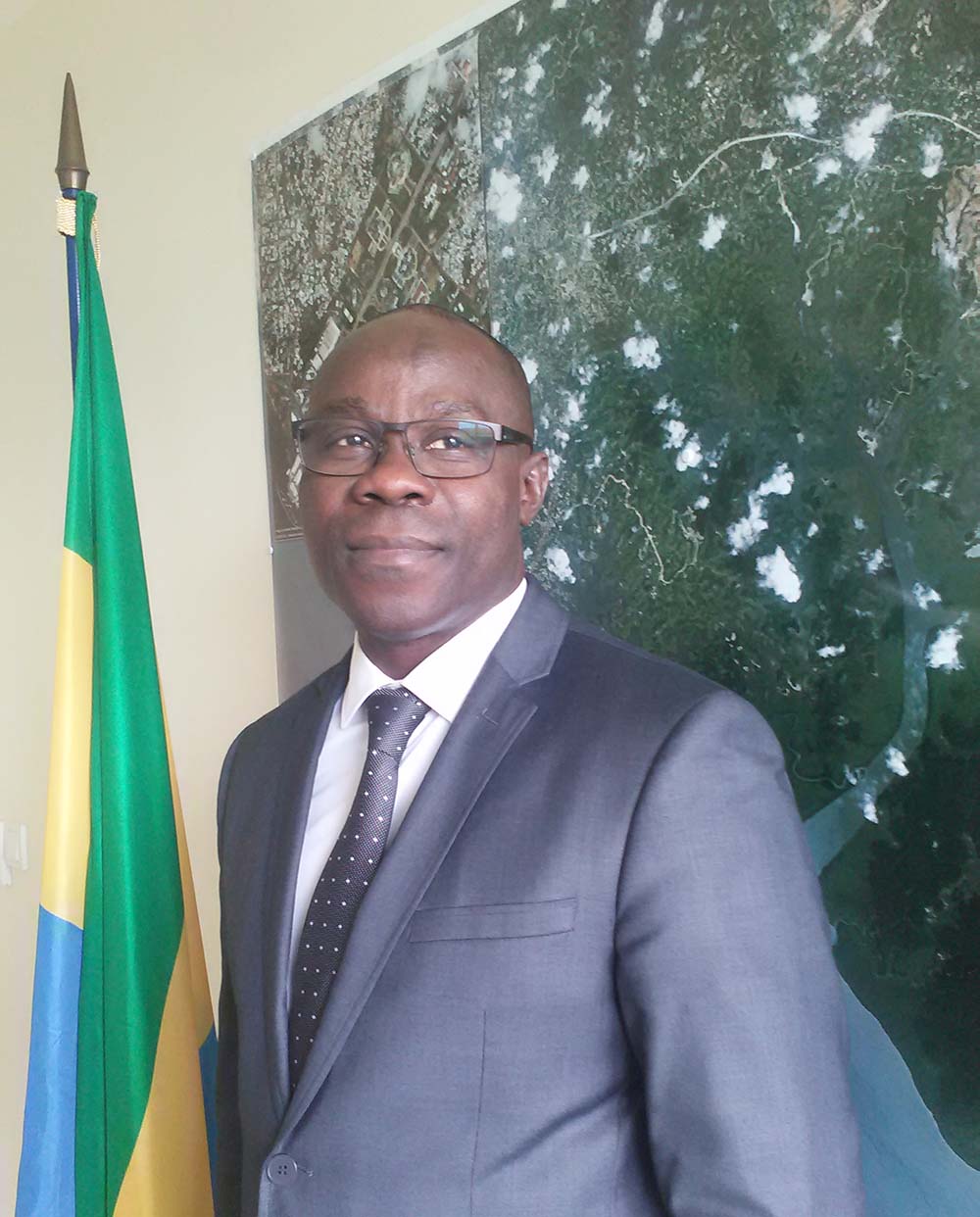 AGEOS (Agence Gabonaise d’Études et d’Observations Spatiales) - the Gabonese Agency for Space Studies and Observation - signed the Declaration of Interest of the SCO on behalf of Gabon. Please tell us about your organisation.

A. N.M.: The AGEOS was created in 2015 by the President of the Gabon Republic who, in response to the challenges of climate change, wanted Gabon to have a specialised space organisation. Thus, with a station that covers 24 countries and the whole of the Gulf of Guinea, AGEOS has the capability to directly receive and process optical and radar satellite data. Thanks to these tools, the Agency is working on a number of themes, the main ones being forests, the coastline, natural risks, water resources, urbanisation and agriculture. [see details at end of article].

Further to its first call for proposals, SCO International strongly encouraged you to further develop your proposal concerning the mangroves so that it could obtain the SCO label. What does this project involve and what barriers must be overcome?

A.N.M.: Gabon has a large mangrove which constitutes not only an ideal form of natural protection against many hazards, but also a reproduction area for fish. In the last 20 years, the mangrove has suffered severe deforestation, largely due to uncontrolled urban development. The aim of our project is therefore to reduce the disappearance of the mangrove thanks to the satellite tool which provides repeated measurements in this poorly accessible environment, coming from a multitude of sensors with tried-and-tested information processing methods. However, our proposal, which was prepared in haste in order to meet the deadlines, needs to be developed in greater detail and has to better satisfy the SCO criteria. Each partner must now help consolidate this project, taking into account the specific needs of the end users such as the Ministry of Water and Forests and the General Directorate of Aquatic Ecosystems. 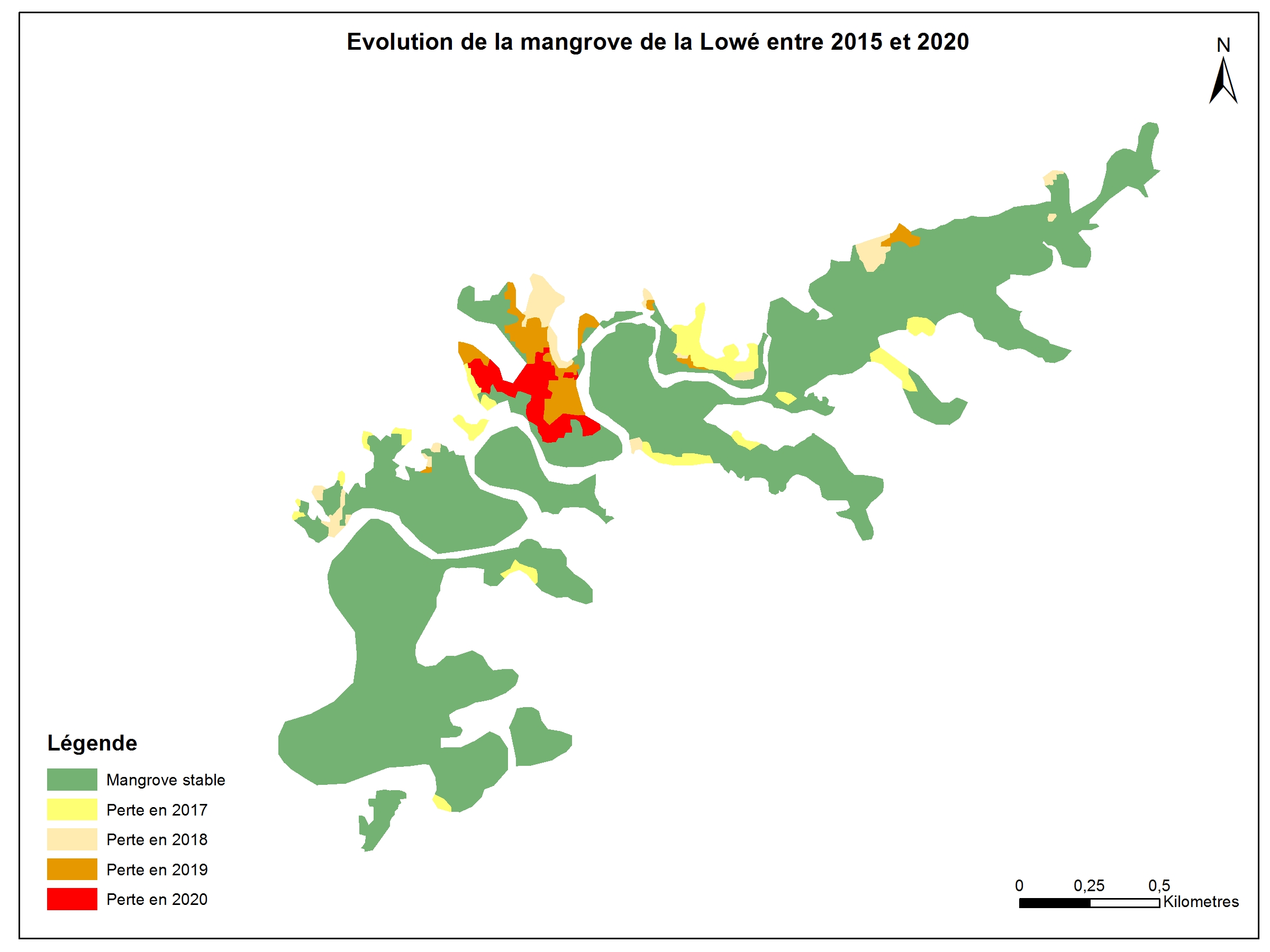 Following the recommendations of SCO International, you have decided to initially set up the organisation as an SCO Acceleration Committee (SAC). How will this step provide a springboard for becoming SCO Gabon?

A.N.M.: Bringing the Mangroves project to maturity is effectively a catalyst for structuring SCO Gabon and putting in place the mechanisms that will make it a long-term structure that is technically capable of efficiently meeting the country's needs. We consider that it is a very good idea to have an acceleration committee to start the work and convince as many stakeholders as possible of the merits of this initiative. It is also very important to define a governance mode that can be accepted by everyone, which requires consultations, assessing the technical, human and financial resources to commit, and properly formalising all this for presentation to the government. Gabon has a history of more than 30 years of fruitful collaboration with France in the space sector, and today SCO France is assisting us with the consolidation of our first project and the structuring of SCO Gabon.

An SCO requires the involvement of institutions that address climate issues. What image is the SCO Gabon creating for itself?

A.N.M.: The UNPD (United Nations Development Programme) and CENAREST (the Gabon National Scientific and Technological Research Centre) have already joined AGEOS to reply to the international call for proposals. On 8 March 2021 we held a meeting to involve other government administrations, including the CNC (National Climate Council), the DGEA (General Directorate for Aquatic Ecosystems) the HCECV (High Commission for the Environment and Living Conditions) the DGEPN (General Directorate for the Environment and Nature Protection), and the ANPN (National Parks National Agency). The next meeting will focus on drafting the Terms of Reference based on those of SCO International, and defining a work agenda to organise our activities over the year. We hope to change status from acceleration committee to SCO in summer 2021.

What future do you see for SCO Gabon?

A.N.M.: With its expertise in Earth observation data, AGEOS has considerable outreach. Alongside the ECCAS (Economic Community of Central African States), we are leader of the major GMES (Global Monitoring for Environment and Security) and Africa project. Once SCO Gabon is set up, we hope to use this forum to drive the creation of other local SCO branch offices in the sub-region. From that point, we could envisage an SCO Central Africa that would carry more weight than several national SCOs. Whatever the outcome, our guiding principle is to have an efficient and lasting structure. 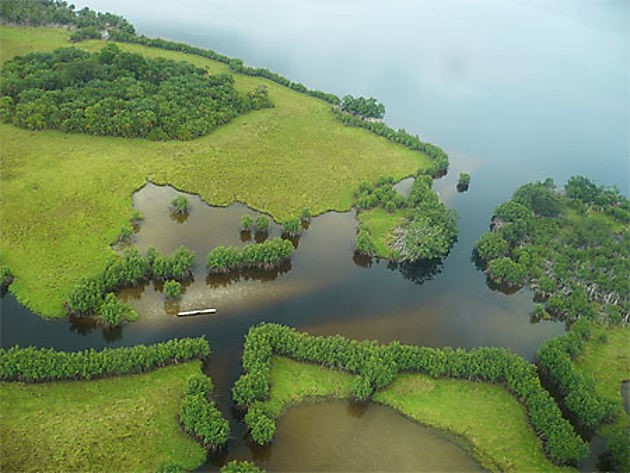 AGEOS is the Gabonese Agency for Space Studies and Observation. Situated in Nkok in the Special Economic Zone, 27 km from Libreville, it houses the means for direct reception of optical data (Landsat 7 & 8, NOAA, NPP) and radar data (CosmoSkyMed) and a skills centre in several application areas. The direct reception capabilities cover a radius of 2,800 km, that is to say 24 countries of Central and West Africa and the entire Gulf of Guinea. The main themes concern: 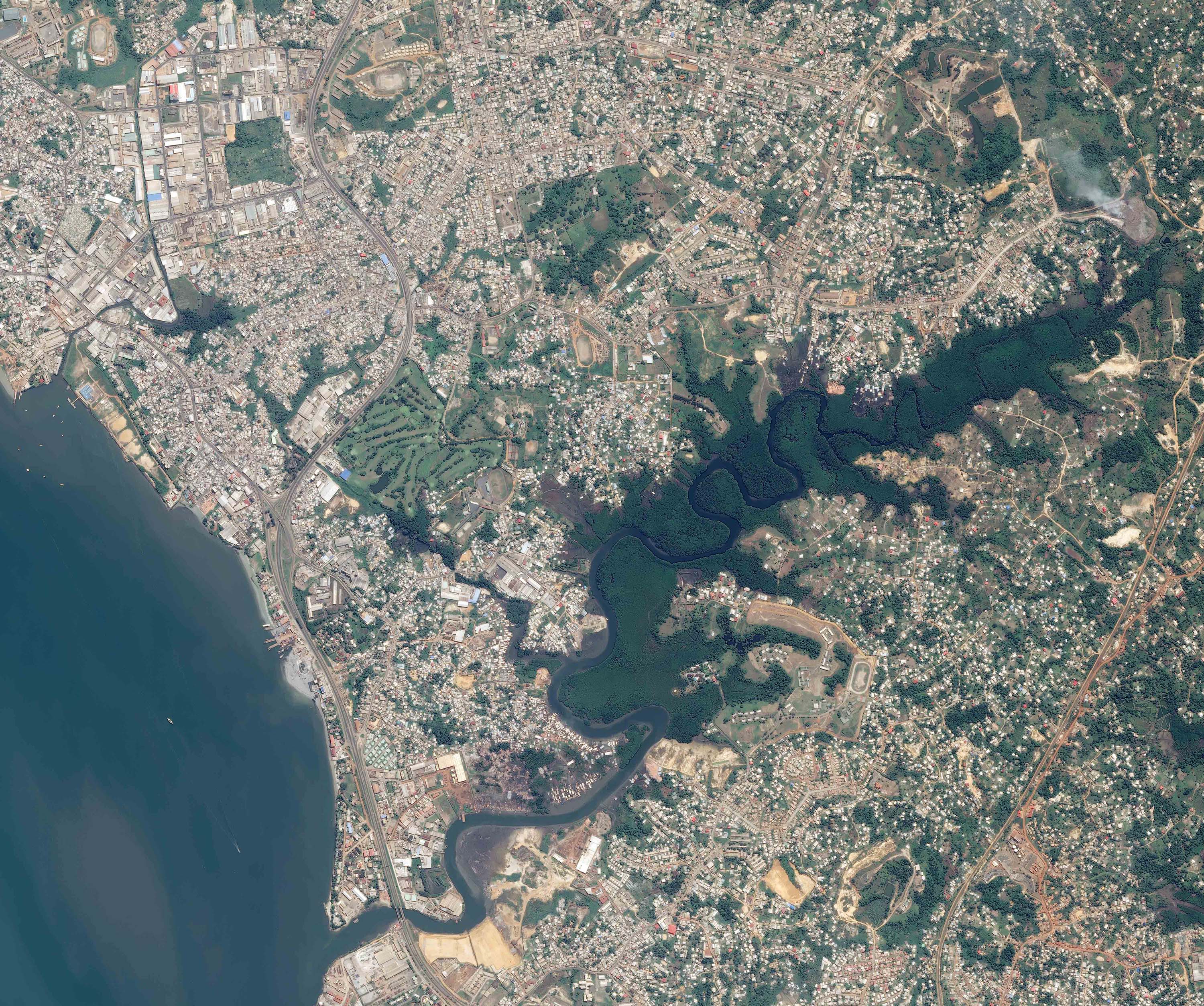