One-to-one with the ASI

Published on 04/10/2021
The Italian Space Agency ASI, a key player in European space, is a founding member of the SCO. Deeply convinced of the need for the SCO to meet climate commitments, it is involved in it with dynamism and lucidity. Meeting with Giovanni Rum, ASI's point of contact for the SCO and senior consultant on Earth Observation issues.

What is your vision of the SCO and what do you expect from it?

Giovanni Rum : ASI joined the SCO from the first intentions launched by France because we believe that the SCO is complementary to other international initiatives that will fight climate change from all points of view - observation, adaptation mitigation, etc. What we particularly liked was the local to local dimension, i.e. the possibility to make visible and transfer services and applications to other countries in other situations. For us space agencies, it is important to valorize the satellite data produced to other actors, companies and international organizations. However, the SCO was missing in the international panorama of climate initiatives, especially to help countries meet their responsibilities and commitments in agreements such as Paris and the Sustainable Development Goals (SDGs) of the 2020-2030 agenda. Because in order to meet the SDGs, I think that, more than climate science activities, countries need concrete applications to define development plans at the national level. For those like Italy that are already actively working in this direction, I think that the SCO is a mechanism to give more than to receive, but of course it is not excluded that we will use what the other partners will have developed. 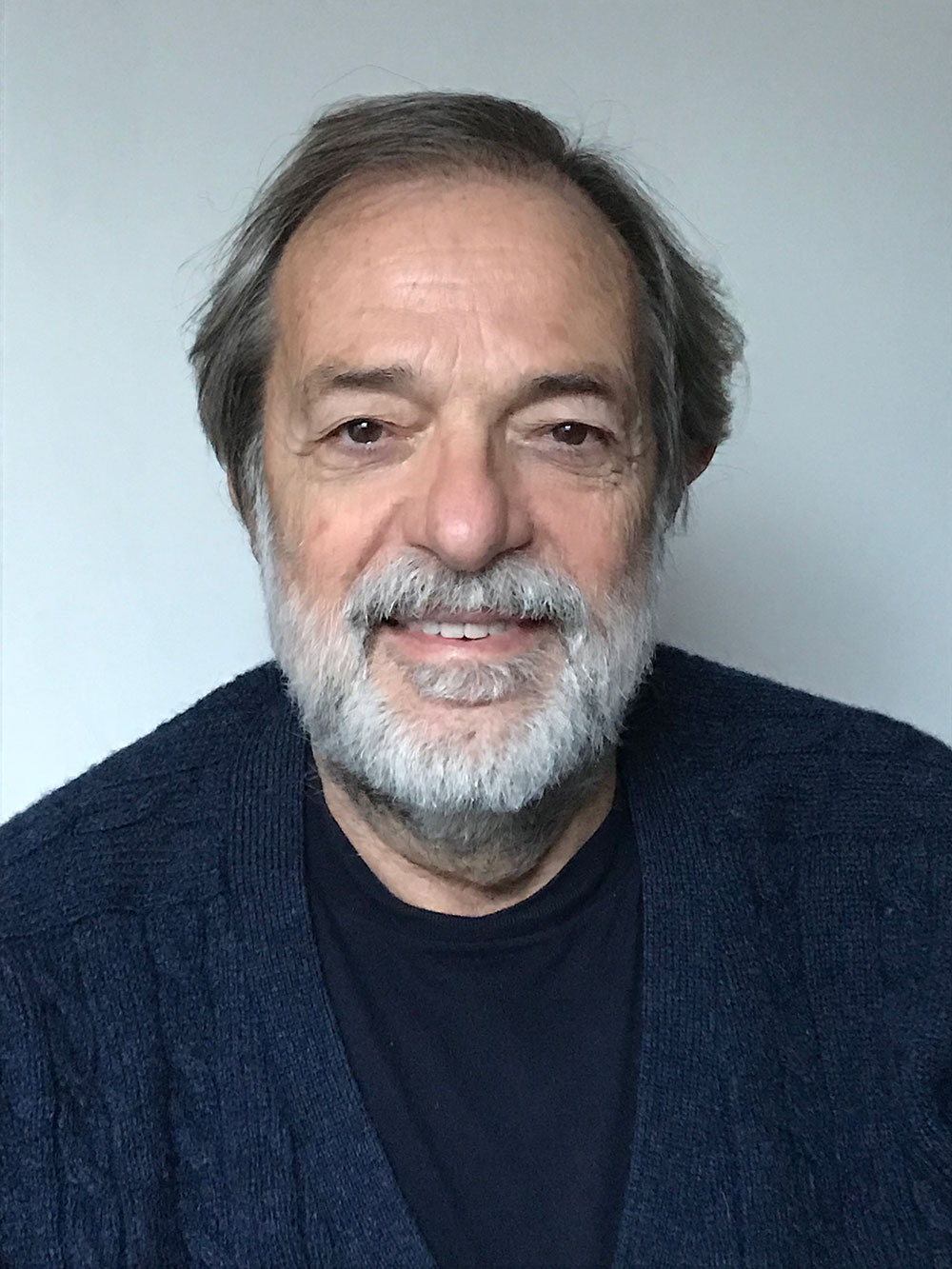 How is climate change perceived in Italy? What actions is ASI taking to combat or adapt to its impacts?

G.R.: This summer of 2021 has been the hottest period, with temperatures of up to 48°C in Sicily, but also tornadoes that have destroyed houses. For everyone, these extreme events have accelerated the maturation of awareness that climate change is underway.

Our new government, which has been in office for about a year, has made climate change a top priority. The post-Covid recovery plan negotiated with the European Union includes a very important section to fight against climate change and increase the means to achieve it. Among these means are satellites and their data. In this context, ASI has reorganized itself at the beginning of 2021 and has created the Dowstream Services department to develop applications and services, including climate, for the benefit of end users. In parallel, ASI is developing, in cooperation with the Ministry of Development, the Mirror Copernicus ground infrastructure, an Italian mirror of what Copernicus does in Europe. It will benefit from Copernicus satellite data and services as well as from satellite data and other national services under development. It will be the centralized access point for Italian institutional and commercial users, but will also be open to European users. In its first phase, it will address a total of eight thematic services, including operational climate services for various institutional users.

What do you think is the Italian added value at SCO?

G.R.: I am thinking first of all of facilitated access to the satellite data available at ASI, starting with the data - unique and of great value for "climate" applications - from the two Italian observation systems managed by ASI: COSMO-SkyMed, a constellation of five radar satellites, well suited to the study of the poles, snow, glaciers, etc., and PRISMA, a hyper-spectral satellite capable of distinguishing the various signatures of the environment, including the atmosphere. To these data will be added those made available by the Mirror Copernicus infrastructure mentioned earlier, as well as its products, applications and services. Finally, we expect to bring to the SCO the operational climate applications that Italy is developing, as well as our cooperations, especially through the National Copernicus User Forum.

To support all this, the ASI has planned two lines of intervention. On the one hand, the development of payloads and new Earth Observation satellites. On the other hand, the launch of calls for projects dedicated to the three types of users - institutional, scientific and commercial - on different themes, including climate. This will allow us to set up a national network of all institutions and organizations interested or involved in climate-related activities, including the Euro-Mediterranean Centre for Climate Change (CMCC) and the Italian meteorological agency (Italia Meteo), inaugurated only a few months ago. 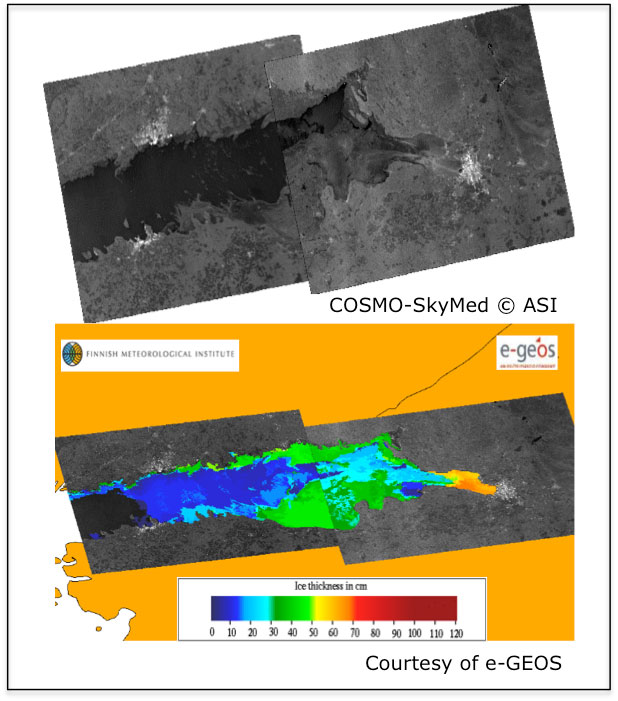 The SCO France has just opened its 3rd call for projects, extended to the European zone. How do you participate?

G.R.: I participated directly in the definition of the call for projects and I am actively promoting it to get Italian responses! As soon as the call is closed, I will participate in the labeling committee.

What future do you see for the SCO on a European scale? And on an international scale?

G.R.: We have to see which road we have to take. For me, it is essential that the SCO does not overlap or duplicate another initiative. I would therefore insist on the two characteristic words of the SCO: satellites and local applications. For the time being, we must integrate the European objectives into the International SCO. From this point of view, the European partners will have to work to define the complement that the SCO can give to the services already in place and better link it to other European initiatives such as Copernicus. Another way would be to work with the research and development programs of the European Union to integrate SCO themes and to valorize the results.

From an international point of view, the GEO, Group on Earth Observation, is an interesting vehicle, both to gain partners and to increase the visibility of SCO results. I also think that we could dedicate a "priority" to those local projects that will support the 2020-2030 agenda. Here again, GEO, already experienced in coordination, data development and dissemination, would facilitate dialogue and exchange at the international level.

Finally, it should not be forgotten that at the national level, the SCO is very well placed to support the dialogue between the different actors involved in the climate field.

G.R.: To make this happen, we need to accelerate the definition of the inputs for the next phase, which means more structured agreements to develop the SCO activities and achieve the objectives. We are finalizing the Charter to start this new phase next year.

The Italian Space Agency (ASI) was established in 1988 as a national public body. The agency carries out its institutional activities in accordance with government guidelines and, based on these guidelines, develops the National Space Policy Strategic Document. As the third major contributor to the European Space Agency, ASI plays today a leading role at both the European and global levels. In addition to its significant contributions in the field of space exploration and launchers, Italy is also at the forefront of Earth Observation. 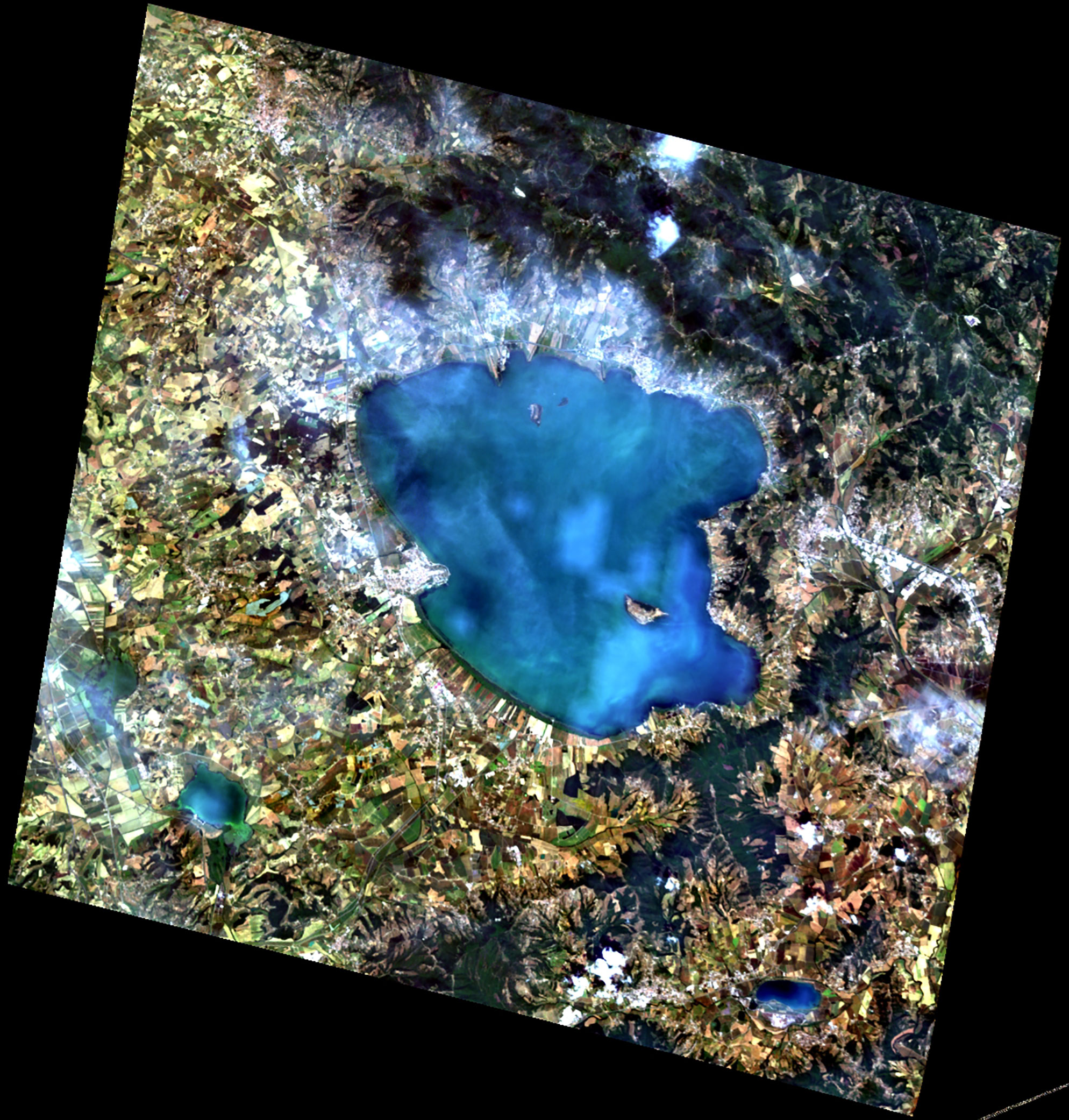 Lake Trasimeno (Italy) in natural colors under the eye of the PRISMA satellite © ASI 2021. All rights reserved