SAMTool-Alert is a monitoring and diagnostic tool for the efficient management of sargassum seaweed arrivals in coastal areas.

Since 2011, massive strandings of sargassum, pelagic algae floating on the surface of the ocean, have a negative impacton the environment, health and economic development of coastal areas of the Caribbean basin. The phenomenon is growing every year, affecting particularly the fishing and tourism sectors.

Although the first known observations of sargassum in the North Atlantic date back to the voyages of Christopher Columbus in the fifteenth century, the origin of the proliferation of sargassum in the equatorial Atlantic for only 10 years is still poorly understood. Recent hypotheses advocate a combination of climate change and anthropogenic factors: a strong North Atlantic Oscillation (NAO) anomaly in the winter of 2009-2020 modifying ocean circulation (Johns et al. 2020), associated with an increase in ocean temperatures as well as an influx of light and nutrients (nitrogen, phosphorus) from large rivers such as the Amazon, and upwelling areas near the coast of West Africa. Sargassum has thus found an environment favorable to its multiplication, leading to the massive strandings that we know today on the coastal areas of the Caribbean basin (Wang et al, 2019).

As satellite data can be used to monitor and anticipate massive arrivals of sargassum in the Atlantic, CLS has been developing and operating since 2018 a service for monitoring and estimating strandings, called SAMTool (developed under CLS-ESA co-funding). SAMTool implements an operational chain based on the processing of daily satellite images, the use of a drift model, and the dissemination of information to users through a web platform. More than 60 users in the Caribbean basin have used this service in 2020.

The decision chains established in the affected areas to manage the influx of sargassum depend on the issues (societal, economic, health, environmental) and are specific to each territory. The responses provided are also conditioned by the means available (human, technical, financial).

Currently dedicated to the monitoring of Sargassum arrivals, SAMTool will become a real tool for diagnosis and decision-making, adapted to the context of each territory, by providing local and regional indicators to define the vulnerability of a territory to the risk of Sargassum stranding. Based on local environmental, economic and sanitary issues (biodiversity preservation, tourism, fishing, public health, collection and recycling), the tool will be directly transposable to other territories impacted by the phenomenon (Caribbean basin, Gulf of Mexico, Mexico, West Africa). 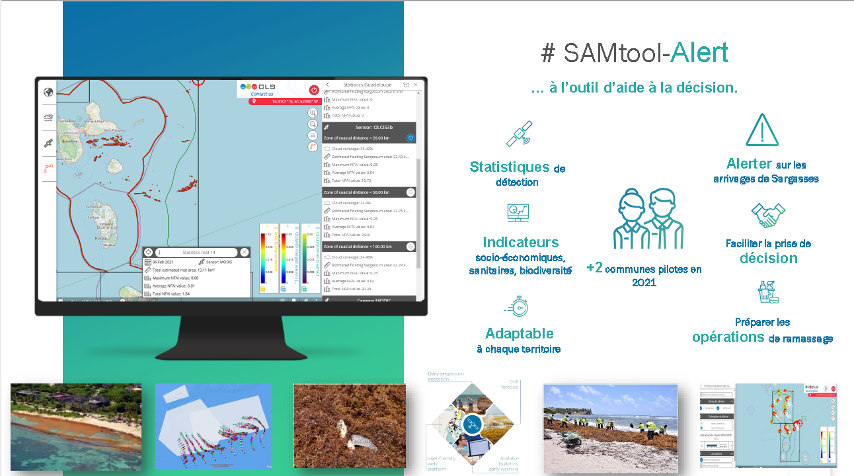 Diagnostic and decision support tool producing risk indicators related to Sargassum stranding and the specificities of each territory. 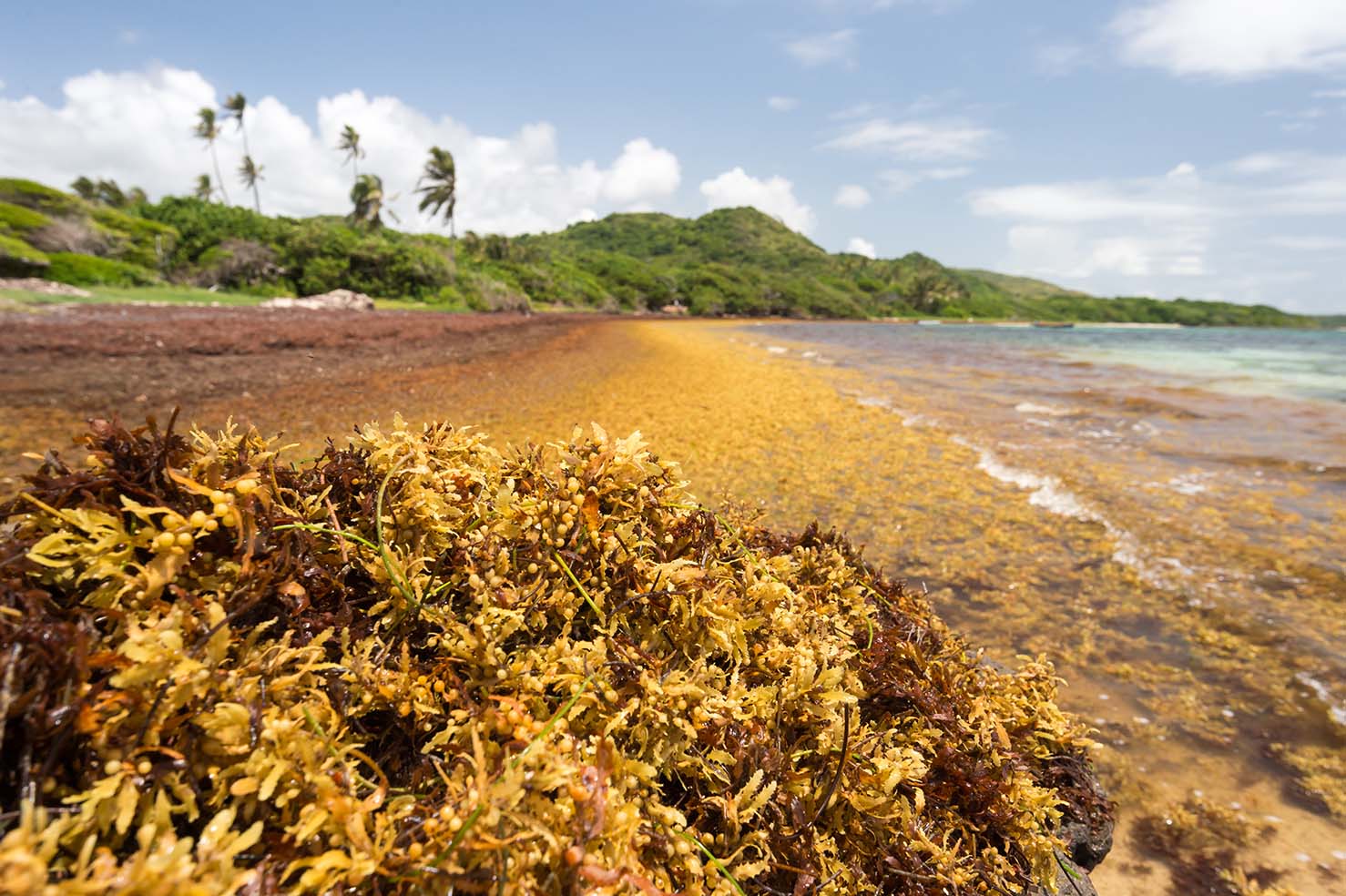 Sargassum washed up on a beach. © iStock