Published on 25/04/2022
In the Bengal Delta, the figures are dizzying: although this area experiences “only” 5% of global cyclones, their occurrences are responsible for 50% of global cyclone victims... Faced with the urgency of anticipating these disasters, the SCO has accredited the BanDSOS project, which invites us to its kick-off meeting.

In the Bengal delta, where the density can reach 1,000 inhabitants/km2 , cyclones are simply devastating: they cause floods, destroy precarious housing by the hundreds of thousands, trigger epidemics, salinate the land, accelerate the exodus of farmers to urban slums and slow down economic growth.

On Thursday 14 April 2022, the BanDSOS project consortium put its action plan in place: to develop a state-of-the-art coastal flood forecasting system (WP1), which also maps socio-spatial vulnerability in the forecasts (WP2), all pooled in a forecast modelling and dissemination platform.

To achieve its objectives, the project relies on a multidisciplinary team made up of researchers in physics and geography from IRD-LEGOS and the LIENSs laboratory at the University of La Rochelle (France), an economist from the University of Arizona (USA) and experts from the Bangladesh public authority in charge of flood forecasting and warning, the Flood Forecast and Warning Center (FFWC) in Dhaka. Their work is already at the heart of the development of the pre-operational flood forecasting system and associated geographical vulnerability indicators. 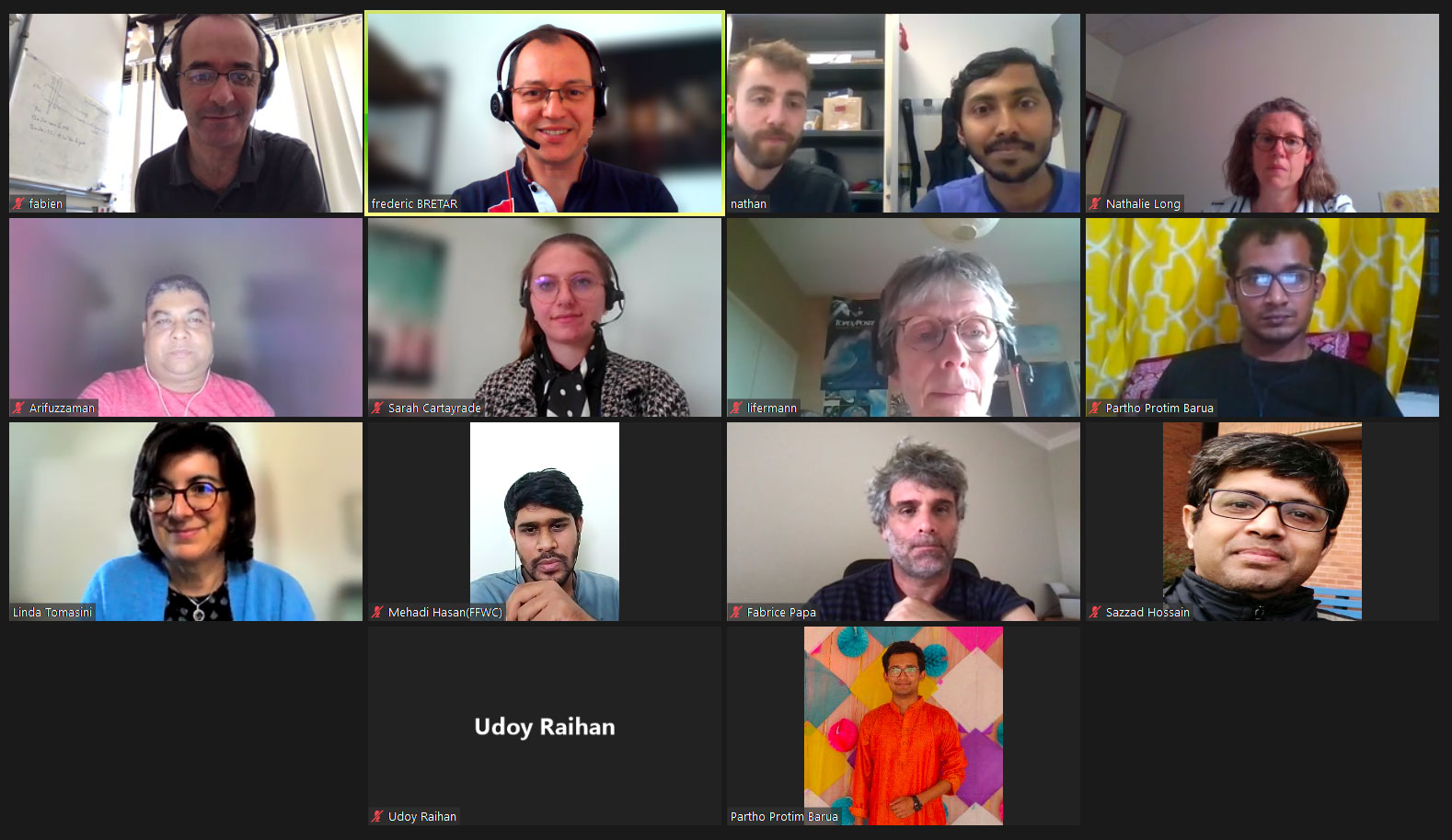 The participants of the BandSOS project kick-off meeting. Many thanks to the Bangladeshis who joined the meeting late in their time zone. © SCO

Meeting the needs of the end user, the FFWC

Within the BanDSOS consortium, the FFWC is the lead organisation for flood forecasting in Bangladesh. With a particular role in disaster management, it currently has a network of water level and rainfall sensors in the Bengal delta. Using this information, received automatically by SMS, the FFWC issues a daily rainfall and flood bulletin, enhanced by predictive flood mapping, colour-coded to indicate the degree of risk.

The BanDSOS project is part of the evolution of this system towards a digital and automated solution, in open source. Regular and precise, the spatial data will reinforce the existing model, whose forecasts will include tidal information. Moreover, the Sentinel-2 satellite image processing code developed by the BanDSOS group is already open to the general public via github. It should be noted that the system is designed to be operational all year round, not just during a cyclone.

A major capacity building component will be put in place to ensure that the FFWC fully appropriates the tool developed. 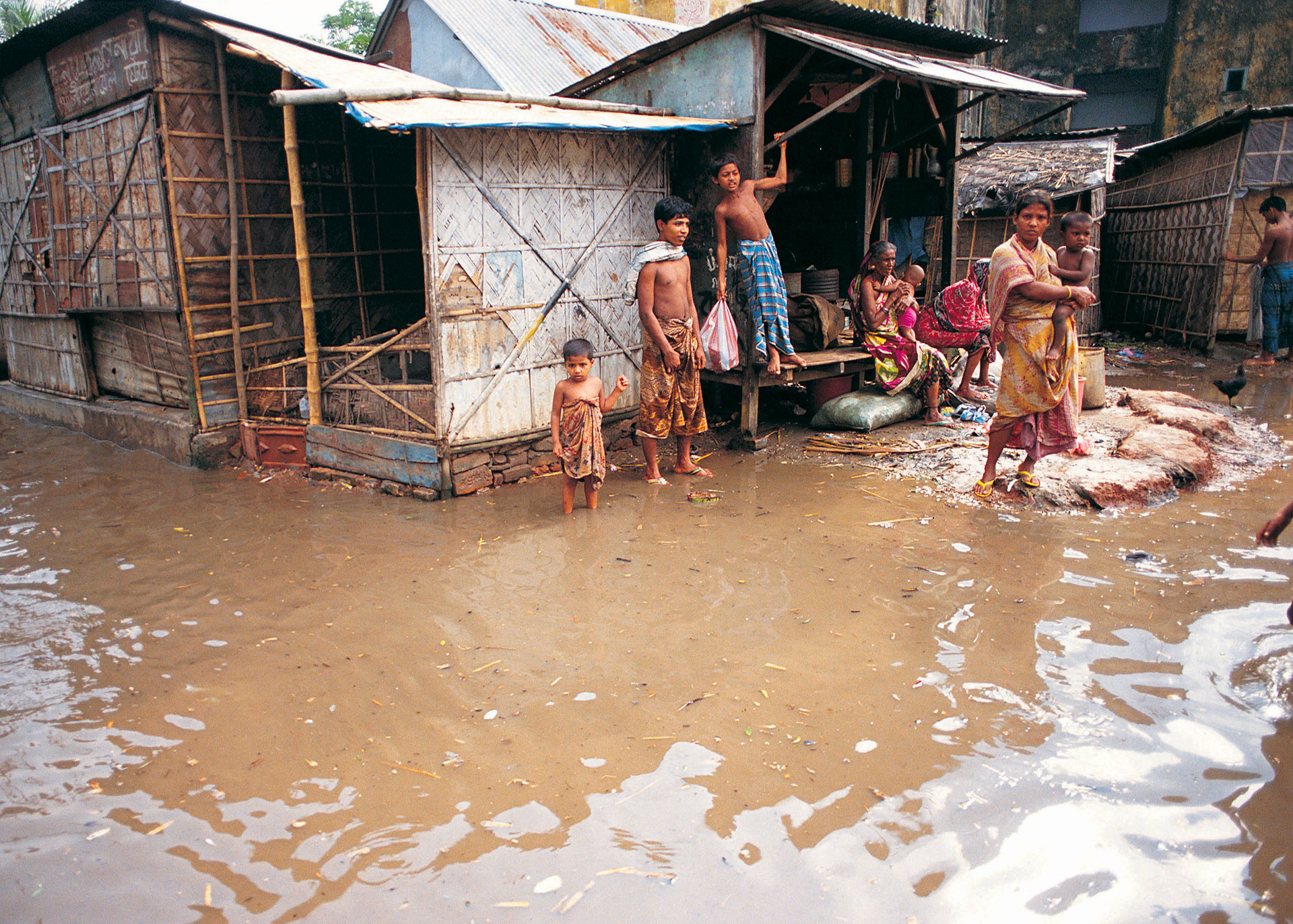 In Bangladesh, flooding is just one of the many damages caused by a cyclone. © Getty Images