Experimented on the Bengal delta in Bangladesh, BanD-SOS aims to establish a pre-operational service for forecasting cyclonic flooding and the associated societal risk. This service will have two components: a forecast of the flooding hazard in real time when a tropical cyclone hits the coast, and a coupling of this forecast with a mapping of the vulnerability of the exposed populations.

The Bengal delta, straddling Bangladesh and India, is hit by a major tropical cyclone every 3 years on average. Their occurrence is relatively moderate compared to other tropical regions, representing only 5% of global cyclones. The impact of these events is however major, representing 50% of the cyclone victims recorded on the whole globe. This is due to the very low topography of the delta above sea level (less than 5 meters) and the fragility of coastal defense structures, combined with the high density of the vulnerable population (Figure 1). 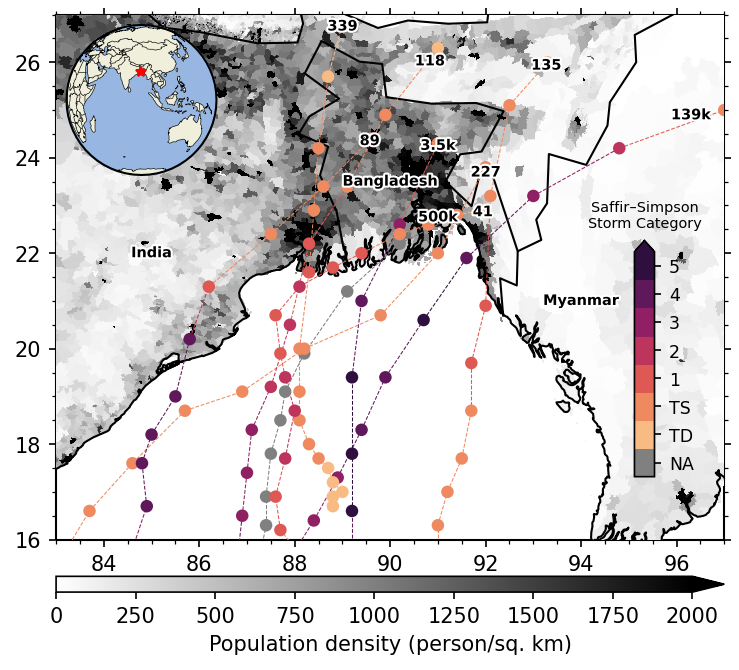 Figure 1: Trajectories and intensities of major cyclones that have struck the Bengal Delta over the past five decades, with the number of victims recorded for each. The background map represents the population density (inhab/km2). © Jamal Uddin Khan (LIENSs, La Rochelle).

The exposure of the Bengal delta to cyclonic flooding is increasing in the current context of sea level rise due to climate change. The objective of the BanD-SOS project is to develop a pre-operational flood forecasting system that will :

To this end, the BanD-SOS service will consist in pre-operationalizing a numerical forecasting platform for cyclonic flooding over Bengal, for which we have completed the proof-of-concept (Khan et al., 2021). The BanD-SOS service will ensure the prediction of the flood hazard, combined with spatialized information of the socio-spatial vulnerability of the exposed territories 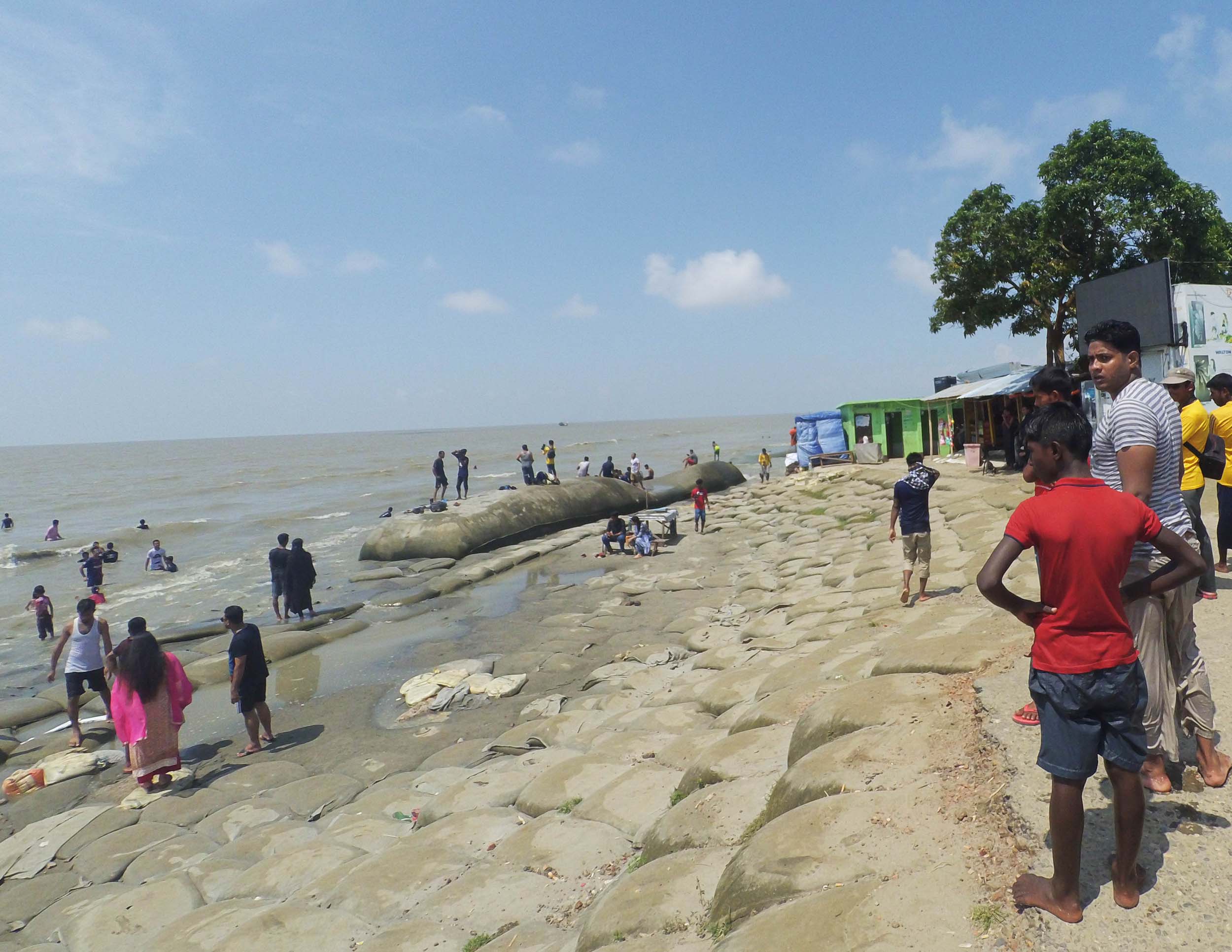 The main user of the first operational service available will be the Bangladesh Flood Forecasting and Warning Center (FFWC). The pre-operational version is based on the database of the Bangladesh Water Development Board (BWDB), a FFWC's parent organization.

The demonstration of the replication of this pre-operational chain will be realized with the porting of the solution on the Amazon Delta.

Sentinel-2A and -2B multi-spectral imaging

The objective of the project is to build a pre-operational production chain for our coastal flooding prediction platform. It can be activated on demand and in real time by non-specialists end users, via an intuitive web interface based on a Google Earth Engine application. A specificity of this forecasting chain will consist in highlighting the risk level of the exposed territories for the end user.

See the prototype (operational since November 2022) of the BandSOS platform: //bandsos.github.io/