Projects financed by AFD in 120 countries

Published on 02/12/2022
The French Development Agency (AFD), funder for climate change, is involved in the SCO at national and international levels. As highlighted by the Deputy Director General, Bertrand Walckenaer, "satellite data opens up numerous development prospects for the countries in which we invest, and the SCO is a collective tool for implementing them”.

Bertrand Walckenaer: AFD is a public development bank owned by the French government. We invest 12 billion euros per year in developing countries, half of which is in Africa, and we are also present in the French Overseas Territories. In addition, 50% of our activity leads us to invest in the fight against climate change. In fact, Africa and climate are today the two key drivers of our strategy and the mandate given to us by the government, the National Assembly and the Senate. 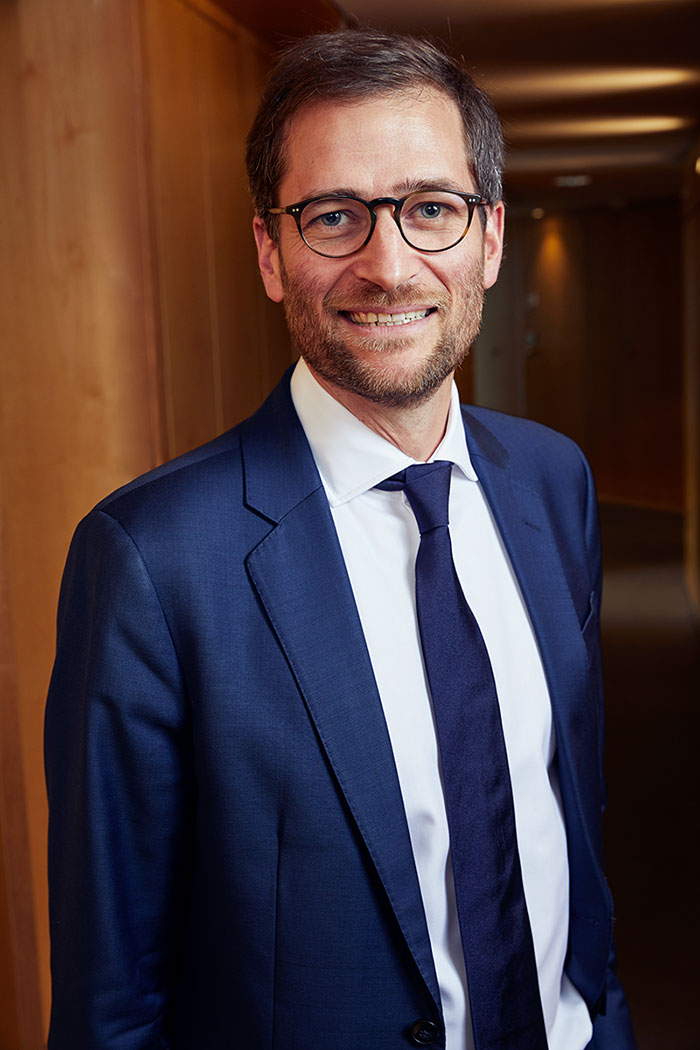 AFD is member of SCO France since its creation in November 2019. When the framework partnership agreement with CNES was signed in February 2022, Rémy Rioux, AFD's Chief Executive Officer, announced the objective of " having, in time, a tool for monitoring and evaluating projects in developing countries". How will the SCO, and especially satellite data, help you achieve this goal?

B. W.: The challenges of such a tool concern both AFD and the countries in which we invest, because the projects we finance respond to a request from these countries. In order for investments to be appropriate and to generate real impacts on the ground, we need this demand to be qualified and quantified, with terms of reference. Satellite imagery is a valuable tool for this, exhaustive, precise and credible in terms of measurement. We are already using it to evaluate certain projects, I am thinking in particular of a reforestation program for which we have mandated the IRD (French Institute of Research for Development) to carry out scientific evaluations of the progress of 20 years of AFD investments in the development of forest cover in African countries, including Sahel and the Congo Basin.

"Satellite imagery is a valuable, comprehensive, accurate and credible tool."

Added to this, the history of data and satellite photos of the planet Earth allows us to analyze the evolution of many parameters over 40 to 60 years. This capacity for long-term analysis is invaluable for our operations because, in terms of development, we are always at the crossroads between the temporality of the emergency - fight against poverty, food crisis, etc. - and the challenge of supporting countries in building long-term trajectories.

Finally, another great interest in working with SCO is the diversity of the projects it supports. These are a potentially very rich source of innovation in the development sector, and even more so tomorrow because, every five years or so, new generations of satellites make significant progress.

Climate, biodiversity, peace, education, urban planning, health, governance... AFD is involved in over 4,000 projects in 120 countries. Which themes would you particularly like to support through the SCO and, more generally, the use of satellite data?

B. W.: AFD is involved in four major areas, including forests, which are increasingly well observed by satellites, and much more easily than by sending teams to these sometimes difficult-to-access areas. Next is water resource management: here too, satellite imagery is fast and efficient, providing a precise assessment of the evolution of surface water resources available in a country, but also at shallow depths, in the soil. This information is particularly strategic for countries such as Palestine and Jordan, which face constraints in accessing water resources.

The satellite tool is also very relevant for conducting and operating choices in terms of development, whether it is electrification, water supply, organizing a road or rail infrastructure network, or analyzing the population density in certain urban areas.

Finally, we are particularly mobilized for biodiversity. We can see that while combining satellite imagery, advanced algorithms and artificial intelligence, it is becoming possible, for instance, to evaluate wood resources according to forest cover, but also to estimate the quantity and diversity of animal and plant species. In the same spirit, AFD is financing an innovation program in partnership with INRIA (French National Institute for Research in Digital Science and Technology) and Facebook, which is partly dedicated to the development of algorithms to analyze and qualify biodiversity in coastal areas. This is what satellites can do, and not only that!

Co-drafted by its founding members, space agencies and international organizations, the SCO Charter is open to any public or private entity committed to climate action. AFD signed this Charter as soon as it was presented on June 27, 2022. What are the motivations behind this commitment on an international scale?

B. W.: AFD is a bilateral funder, which means that we have only one shareholder: the French State. Alongside other bilateral and multilateral actors who invest in the same countries as us, one of the main challenges is to organize ourselves in order to better structure our modes of intervention, investment and cooperation. It is as much about simplifying the working relationship between recipient countries and investors as it is about demonstrating the effectiveness of the public money invested. With this intention, our involvement in the international initiative is a way to disseminate innovations internationally and, reversely, to benefit from other innovations. In doing so, we participate via the SCO to standardize satellite analysis methods and tools in order to avoid redundant projects and investments and, on the contrary, to mutualize databases, algorithms and methods.

The other major challenge of international involvement concerns the recipient countries of our investments, so that they can use space for their own needs and with their own teams. Starting by enabling them to appropriate available and accessible satellite imagery at reasonable cost is a great way to approach their development trajectory. Indeed, when we exchange with a country, we mention projects but also the trajectory: what is, for instance, the trajectory in 10 or 15 years for education in Niger? for agriculture in Senegal? Here again, satellite imagery allows us to anticipate the medium-term evolution of various domains, particularly with respect to climate change, and thus to identify actions to achieve this.

Without forgetting that satellite tools are directly at the service of the commitments made, particularly in the framework of the Paris Agreement to limit greenhouse gas emissions, and which require management on a national and even regional scale in certain respects.

Would you like to strengthen the SCO/AFD cooperation and if so, how?

B. W.: We have signed the SCO Charter and we want to be involved in the upcoming international workshops. So yes, we will strengthen our cooperation with SCO for several reasons. First, because of the added value of mobilizing space imagery for development in a context of climate change. AFD already uses this technology and our skills will be strengthened in this area, for all the reasons mentioned above but also because we feel that this tool can be useful beyond data analysis. For example, Indonesia and some countries in the Gulf of Guinea are using remote sensing to monitor fishing fleets in real time, which makes it possible to manage authorizations, quantities and authorized fishing zones, but also to assess the dynamics of marine currents and thus predict the trajectory of plastic waste, another issue that is growing.

In addition, since SCO's philosophy is to replicate the solutions it has developed, we are looking for innovations in its pool of projects that we could integrate into our operations. We are working with SCO on these issues, and we will participate in the SCO France labeling committee via our "innovation, data impact, climate and nature" unit to identify projects that meet these priorities. At the same time, we are developing an online training program (MOOC) within the framework of the AFD Campus dedicated to Earth observation for development practices, including a specific module for climate change mitigation and adaptation.

Like SCO, AFD aligns its actions with the 17 UN Sustainable Development Goals (SDGs). What do you think is the value of satellite data for the implementation and evaluation of the SDGs?

B. W.: In the diversity of the projects that we carry out, it is sometimes complex to highlight their impacts in terms of these 17 criteria as described. In this respect, the great interest of space imagery lies in its capacity for scale, which makes it possible to work on a global scale as well as to focus on certain SDGs or areas of interest. If we take the example of a forest cover monitored by satellite, we can deduce from the data: the economic activity linked to the forest, its biodiversity, and by crossing them with the monitoring data of the country's agriculture, estimate its resilience in case of food crisis. Space data provides a lot of other information - about the urban geography, transportation, etc. - that, combined with algorithms and AI, feed our ability to analyze and predict cross-cutting elements that go beyond the tree that was planted in a particular park in a particular country.

"Space imagery will lead us to define and qualify measurement indicators that do not exist today."

Added to this, I think that space imagery will lead us to define and qualify measurement indicators that do not exist today. Restoring a hectare of forest in Sahel is all well and good, but how can we measure the success of such an action, how can we quantify its impacts on a given area? Space imagery can provide answers and SCO can help us standardize its indicators.

B. W.: Satellite imagery is booming and is being deployed to provide great predictive tools on a global scale. I am thinking in particular of crop yield forecasts on a global scale, as part of the work carried out by the FAO (Food and Agriculture Organization of the United Nations). Moreover, we are seeing a clear interest, both from donors and recipient countries, in this technology, the control of which is a matter of sovereignty. These satellite issues concern both public and private sectors, with a time issue between the moment when this interest is expressed and the level of investment sufficient for a country to have the local capacity to use satellite imagery. In this context, the SCO's mission is to build a database of projects, innovations and methodologies that can be immediately implemented by recipient countries. SCO is a collective tool that creates a dynamic with a certain power of attraction. The most recent example is Rwanda, which is eager to develop its skills in satellite imagery and has expressed its interest in joining SCO and signing the Charter.

Deeply convinced of the interest of space for monitoring, steering and implementing development issues, I think that SCO has a great future to meet many needs.

French Development Agency AFD is a public establishment that helps implement France development and international solidarity policies. Its teams are involved in more than 4,000 projects with a strong social and environmental impact around the world, contributing to France commitment to the Sustainable Development Goals (SDGs).

The AFD Group is made up of the French Development Agency (AFD), which is in charge of financing the public sector and NGOs, research and training on sustainable development, and of Proparco, a subsidiary dedicated to private sector financing and, since January 2022, the interministerial technical cooperation agency Expertise France. 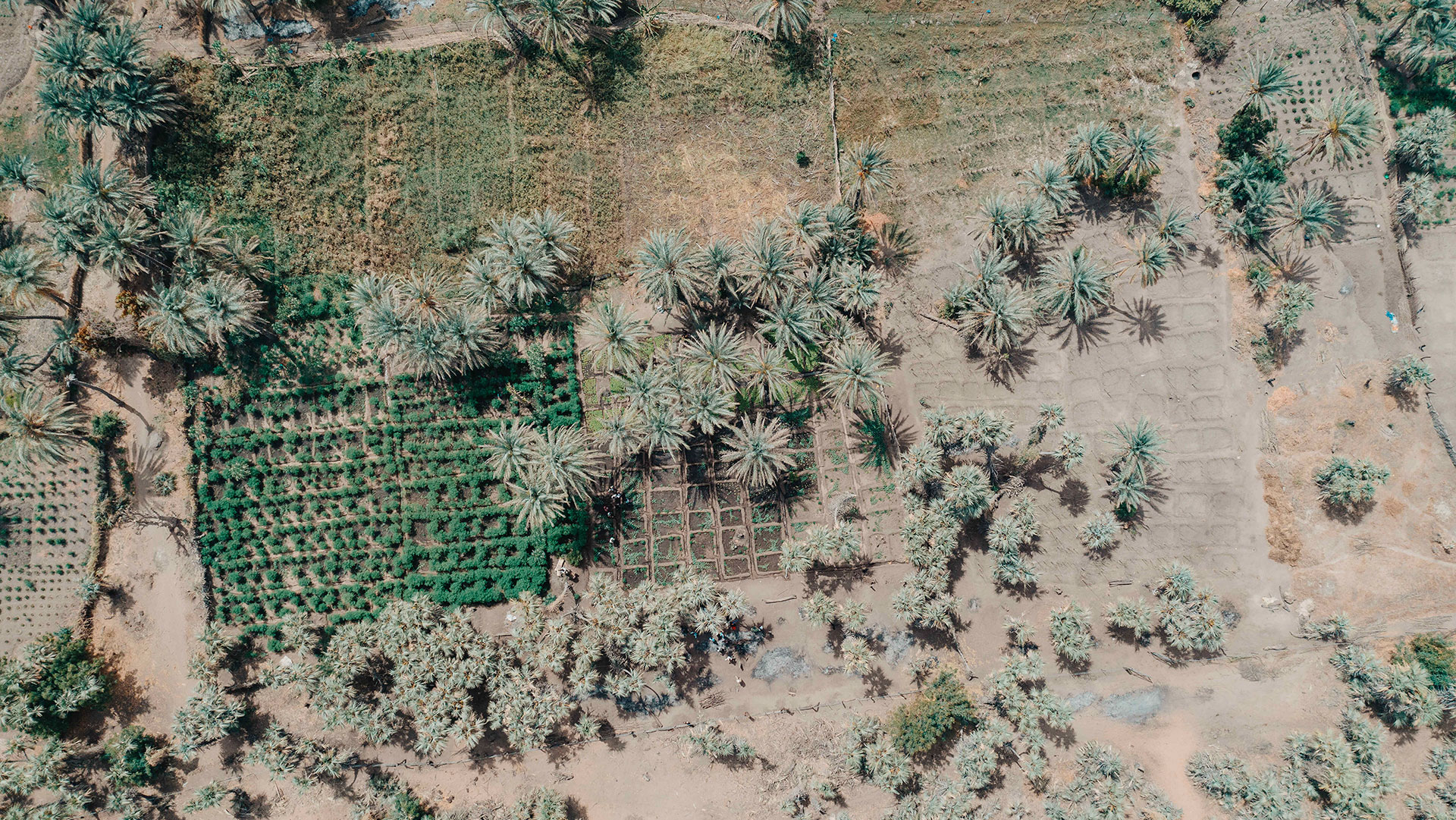 Dalajajiram oasis basin, Niger, with moringa plants on the left and salad plants on the right. The PASAM project, financed by AFD, aims to improve food security by combating silting and restoring the basins through agro-ecological intensification of production. © Ollivier Girard / AFD