More than 1,100 CNRS research laboratories in France and abroad

No. 2 world research institution in terms of the number of scientific publications (SIR ranking)

No. 6 Patent filer in France

One-to-one with the CNRS

Published on 29/10/2020
When we talk about climate change, we firstly think about the Earth system, and the CNRS covers all of its themes. Already a user of space data in association with field data, the CNRS is among the very first players in SCO France, which was created barely five months after the official launch of the SCO International initiative. Interview with Nicolas Arnaud, Director of the National Institute of Universal Science (CNRS-INSU), who shares his vision and his motivation to give shape to SCO.

Why did the CNRS immediately join SCO France?

Nicolas Arnaud: I would firstly like to point out that the CNRS as a whole is a member of SCO France. For us, one of the main components is the positioning of SCO downstream of pure research, data production and knowledge on the Earth system. Now, in current research and training circles, there are only a few mechanisms capable of transforming research and its challenges adapting to climate change, including knowledge of the impacts, their modelling and the identification of solutions to prevent them. 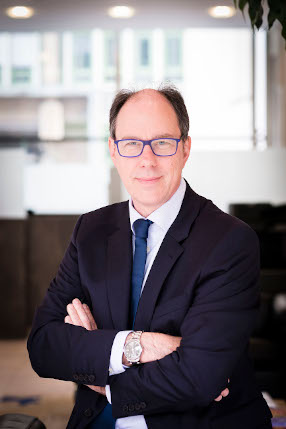 What is your vision of SCO France?

N.A.: SCO France is a “lean” organisation with the primary objective of connecting and uniting stakeholders around science and solutions likely to adapt our societies to the impacts of climate change. While it draws primarily on the use of space data to reflect on these impacts, the support of other partners makes it possible to broaden SCO's base to all the necessary data, both spatial and in situ. It is therefore a collective that works to transform all of the data and knowledge with stakeholders who are not necessarily scientists.

How will satellite data complement what your institution's teams are already doing in terms of the climate?

N.A.: It is impossible to cover the planet with sensors metre by metre. However, satellite data provides the spatialisation essential for understanding the Earth system. We have been working with CNES for a long time through a framework agreement to set up shared Earth observation means and promote an intensive use of space data, in particular through the Data Terra infrastructure which brings together both in situ and satellite data service centres, generally used by researchers. Today, SCO offers the use of satellite data in connection with in situ data and presents space data to stakeholders who are not used to using it but who are involved in climate change issues, such as local authorities.

How do you communicate on SCO?

N.A.: We communicate regularly and systematically on SCO with the directors of units and infrastructures in which the CNRS is present. Apart from that, we promote SCO through various consulting services on data use tools. During laboratory visits, we encourage our scientific communities to approach SCO to explain their ideas and see to what extent their projects can be certified and incubated within SCO.

What future do you see for SCO?

N.A.: At national level, I think that SCO must keep this role of a very open, very free and multi-themed network, with a focus on its downstream positioning in relation to research. SCO France offers an exemplary link between scientists, businesses, communities and public authorities to think up sustainable solutions, including internationally. In fact, at global level, this role may be taken even further, by mainstreaming the use of space data in connection with ground data, to understand our environment and respond to global issues, but also to enable the most vulnerable countries to have effective tools capable of protecting them from the impacts of climate change.

The French National Centre for Scientific Research is one of the most important research institutions in the world, with the mission of advancing knowledge and being useful to society. To meet the major present and future challenges, its scientists are exploring living things, matter, the universe and the functioning of human societies. Internationally recognised for the excellence of its scientific work, the CNRS is a benchmark both in the world of research and development and among the general public. 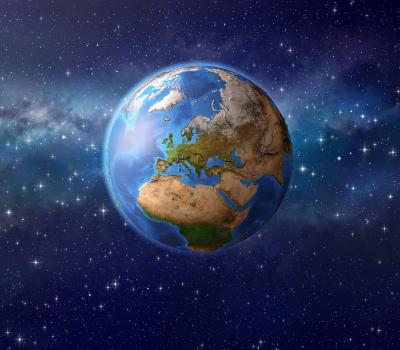