All the "One-to-Ones"With the CNRS

One-to-one with the OFB

Published on 16/12/2020
2020 was declared the International Year of Biodiversity, so the SCO made this theme the central focus of its calls for projects. Among the members of the SCO France Inter-Agency Committee (IAC), there is one who keeps a very close eye on the responses to the national call for projects: the OFB, the French Office for Biodiversity. Interview with François Hissel, Director of Monitoring, Assessment and Data at the OFB.

Why is the OFB a member of SCO France?

François Hissel: The OFB carries out several missions, including the advancement of knowledge about biodiversity. This involves taking stock of the ecosystems’ situations and of the trends in the way they change, but also identifying the pressures exerted on them, as these are the areas on which we can act. However, according to the 2019 report from the IPBES*, which is to biodiversity what the IPCC is to the climate, climate change is one of the main causes of the decline in biodiversity. So it is very important for us to understand climate change and its impact on ecosystems. We have 1,700 agents working in the field, but this is still not enough to cover all the needs for knowledge on habitats, species, landscape infrastructure, etc. With the help of the SCO, satellites will supplement our knowledge by virtue of their uniform coverage of the entire French territory, along with data that will enable us to characterise the environments. 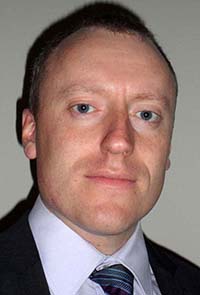 What do you expect from SCO France?

F.H.:  We are not space-data specialists, but some IAC members are. In my view, that is where the benefits of working with SCO France lie: bringing together user beneficiaries—such as the OFB—with institutions that understand and know how to handle in-situ data and space data, developing ad hoc algorithms. I am pleased to be able to work with people like those at the CNES, IGN (French National Institute of Geographic and Forest Information) and Météo France (the French National Meteorological Service) who have the knowledge required to exploit all these data and apply them to the needs of biodiversity monitoring.

“We are counting on the SCO to develop innovative tools across the territory so that we can fulfil our missions.”

What are the main impacts of climate change on biodiversity that urgently need to be addressed? Are there any priority areas in this regard?

F.H.:  Direct impacts mainly involve upheavals within communities of species due to rising temperatures that cause their displacement to higher altitudes or northwards. Indirect impacts are much more numerous. For example, the warming of the oceans comes on top of their acidification and leads to other effects such as coral bleaching. Climate change disruptions can also be conducive to the spread of invasive species. We consider our overseas territories to be priority areas because they are subject to very intense climatic events, but also, and above all, they are very rich in biodiversity whereas very little is known about them. The OFB is also taking part in the new ARB, (Regional Biodiversity Agency) founded in Guadeloupe and we are preparing one for Réunion Island which will pool knowledge and expertise on the Indian Ocean.

How will satellite data complement what your institution's teams are already doing in terms of biodiversity?

F.H.:  Let’s take an example. Last year, we rolled out a prototype for our environment police mission. Using space data, this tool can identify the presence of nitrate-fixing intermediate crops. This allows us to verify that the recommended actions for nitrate capture have been implemented. 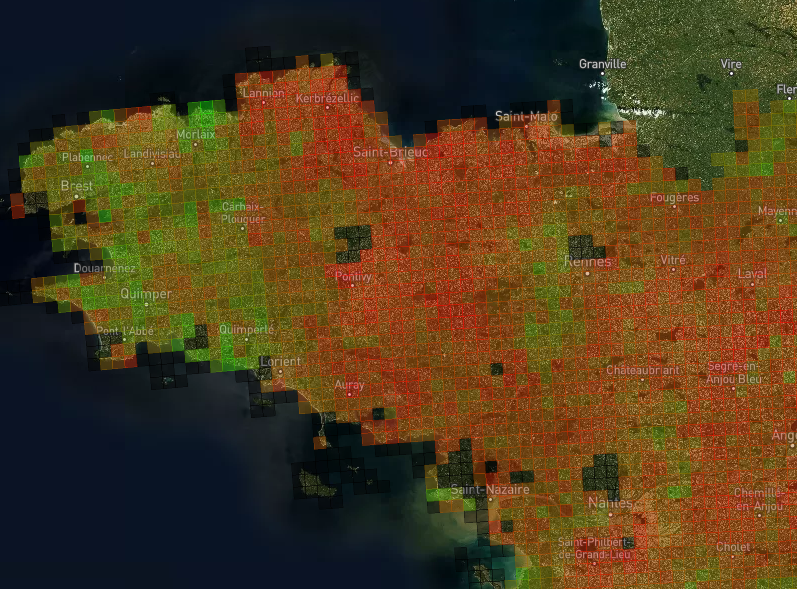 The monitoring tool was experimented in Brittany and generates a map of diffuse pollution, including nitrates. © OFB

The deadline for responding to SCO France's second call for projects has just passed. How is the OFB involved?

F.H.:  We were involved in drafting the specifications relating to biodiversity and we established a budget for SCO-labelled projects. We were also able to interact with certain project developers to refine their proposals, including the mapping of vegetation in southern French territories and mapping for hedges in mainland France. I find the spirit of SCO calls for projects very interesting, as they address a wide range of issues with an emphasis on the operational and transferable nature of the results.

F.H.:  SCO France is generating real momentum that could drive, for example, a working community focusing on calls for projects to which participants from previously concluded projects could contribute. I hope that the SCO will also be able to strengthen its international ties quickly, in particular for sharing the algorithms of the various projects.

The French Office for Biodiversity, or “OFB”, was officially created on 1st January 2020 after the merger of the AFB (French Agency for Biodiversity) and the ONCFS (French National Agency for Hunting and Wildlife). It is a public institution devoted to the protection of biodiversity and one of its priorities is to respond urgently to the challenges of preserving life.