Published on 08/06/2022
‘Sweden is a small country, but we are a dedicated space nation’. Anna Rathsman, CEO of the Swedish National Space Agency SNSA, is in full agreement with the SCO approach. With examples, she illustrates the commitment of Sweden and its space agency to fight the impacts of climate change.

The SNSA signed the SCO Statement of Common Interest on 17 June 2019 and is about to renew its commitment to the SCO International Charter. Why did you join this initiative at its inception?Anna Rathsman: We believe that the SCO promotes an international vision, and a strategy, based on the needs of the society which is fully in line with some of the SNSA objectives which is to use data from space for the development of society and for the benefit of the planet. I can highlight that the space has an enormous potential to help tackle future crisis and the SCO was a great opportunity for us to contribute with space technology, space data and space expertise to provide solutions to climate issues. 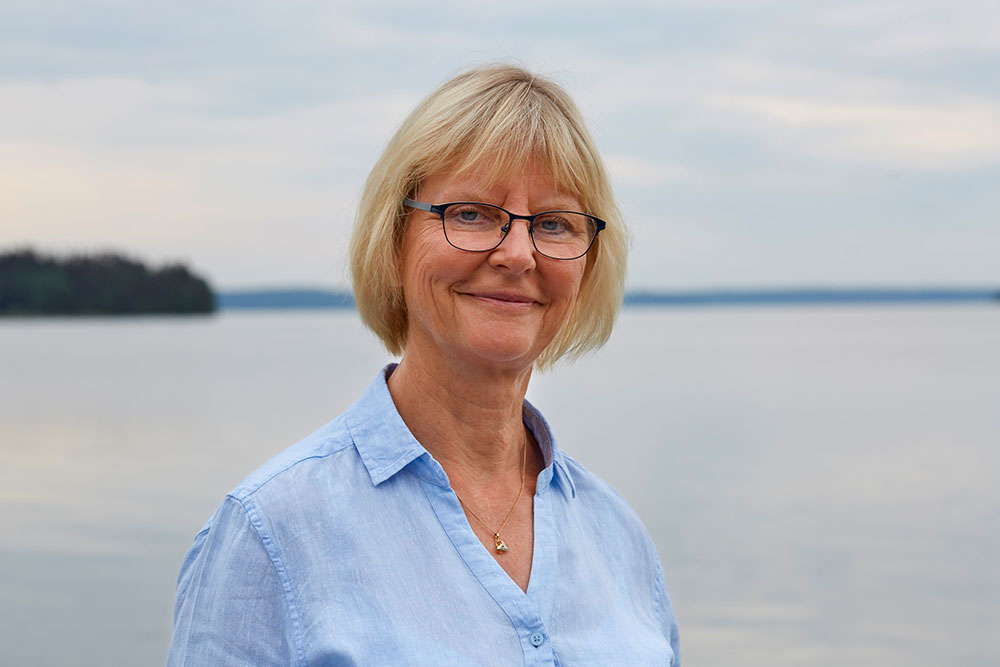 What are the main impacts of climate change that Sweden is facing?A.R.: These impacts are numerous in Sweden and several extreme events have accelerated the maturation of awareness that climate change is underway. For example:

In 2018, Sweden adopted a framework law that obliges the government to pursue a policy consistent with the climate targets adopted by Parliament and the commitments made under the Paris Agreement. How does the SNSA fit in with this commitment to action?

A.R.: Obviously, this framework is the most important climate reform in Sweden’s history and sets out implementation of the Paris Agreement in Sweden. The framework states that Sweden, at 2045, shall have zero net emissions of greenhouse gases into the atmosphere.

As you know, Sweden is a small country, but we are a dedicated space nation. We have strong space research, several companies at the cutting edge of space activities and the unique Esrange Space Center. These are key advantages in promoting research, development and innovation specially to tackle climate changes. Recently, the Swedish Space Agency has been commissioned by the Government to strengthen the development of analysis and methods for the exploitation of space data to improve the conditions for climate and environmental research and innovation based on space data. Indeed, since the early 2000s, the focus has shifted from applied development to research based on space data. In 1999, around 70% of the budget for data exploitation was allocated to user-driven development, in 2021 around 80% of the budget was allocated to research based on space data.

The Swedish Space Agency has been working on data exploitation, environment and climate in various programs and collaborations for a long time (see SCO in Sweden page), including ESA's Future Earth Observation and the European Union's Copernicus programs. We are developing the Arctic Weather Satellite (AWS) small satellite constellation, the first satellite project initiated by Sweden within ESA.

We also participated in the call for proposals "AI in the service of the climate" as well as the EU mission on Earth Health and Marine Environments. Finally, the SNSA plans to participate in the Horizon Europe framework program that have the greatest impact on the exploitation of space data. The first program will focus on biodiversity.

« That is the strength of the SCO: to be able to work in partnership and to bring together skills that no single organization has. »

What do you expect from the SCO in relation to what the SNSA teams are already doing on climate?A.R.: I think that the SCO is a unique organization as it brings together space agencies from different countries and stakeholders dealing with concrete issues related to climate change that are already affecting our society.  This role as a bridging organization makes SCO and its network a leader in the adaptation, research and innovation for climate. That is the strength of the SCO: to be able to work in partnership and to bring together skills that no single organization has.

The SNSA has already contributed to projects studying the impacts of climate change. In the framework of the European Program ‘Framework Partnership Agreement for Copernicus User Uptake’ (FPCUP), the SNSA led a project, ‘AI for shallow waters. This project aimed to develop a novel EO-based method to identify physical changes along the Swedish coast, especially physical constructions as piers and jetties at the shoreline with the help of trained AI models. This will support marine coastal planning regarding the dynamics of the coastal zone.

The long-term goal is to transform the methodology into a permanent monitoring service that can help municipalities to combat environmental crime, for example to identify illegal dredging and excavation activities affecting the marine environment and ecosystem. In addition, there is an added value of a Copernicus-based tool for municipalities and regions.

Recently, another project is accepted and will be the opportunity to foster innovative service development. We will develop an’ Open Data framework for the Baltic Sea drainage Basin’ for sharing methods and algorithms to process relevant data from Copernicus. This project can be part of SCO labelled project and contributes to enhance the improvement of the proper management of the Baltic zones in a context of climate changes.

At the second international steering committee meeting on 15 January 2020, the SNSA representative mentioned the establishment of the Swedish Space Data Lab as the basis for the SCO Sweden. Were you able to complete this initiative?A.R.: Our Swedish Space Data Lab which is a national knowledge and data hub for Swedish authorities' work on earth observation data and for the development of AI-based analysis of data, generated in space systems. The purpose is to increase the use of data from space for the development of society and industry and for the benefit of the globe. By the Space Data Lab, we create a national infrastructure for exploitation of space data to increase the possibilities of developing smart and effective AI solutions for everything from storage of space data to how you can manage constellations of satellites in orbit. We have initiated many pilot projects during the two last years. Most of them contribute to some of the UN sustainable development goals. En example is a study of the water levels, vegetation and green regeneration in lake Vänern which is the biggest lake in Sweden and supplies more than 800,000 persons with drinking water, the pilot shows how the changes occur over time. Combined with machine learning it is possible to train the application in how to recognize areas in the beach zone that will soon become overgrown.

How do you see Sweden's involvement in the SCO deepening?A.R.: We expect to bring to the SCO the operational climate applications that Sweden is developing, as well as our cooperation, especially through the National Copernicus User Forum and our projects in the EU-FPCUP (framework partnership Copernicus User Uptake), which have actions that fit well with the SCO initiatives

One added value to SCO from Sweden will be the facilities that the National Space Data Lab will offer. It will be a driving force in the development of new tools, services, and commercial applications for the benefit of managing environmental and climate risks. All development in the National Space Data Lab is done and will be done with open-source code which are published for free use. This can be spread to other countries inside and outside the EU and contribute to the development within European initiatives such as Green Deal Data Space, DestineE and DIAS an definitively to contribute to SCO objectives.

Furthermore, I must emphasize that recently, a Φ-lab Sweden was created in collaboration between AI Sweden and ESA to strengthen the European space research and space industry sector in what is known as Earth observation and AI.

One of our objectives is that the future ‘SCO Sweden’ will benefit of Φ-lab Sweden’s knowledge and Digital Earth Sweden to, for example, train AI models directly in satellites. This saves money and resources because you do not have to send the massive amount of data that the satellites collect down to earth.

In summary, the SNSA is very keen to contribute to fight against climate change by promoting the use of space data and edge-cutting technology as well as raising awareness of best practices for using space technologies to meet climate objectives.

As said by Robert Swan: ‘The greatest threat to our planet is the belief that someone else will save it’.

The Swedish National Space Agency, SNSA, is a central governmental agency under the Ministry of Education and Research. SNSA is responsible for national and international activities relating to space and remote sensing, primarily research and development. 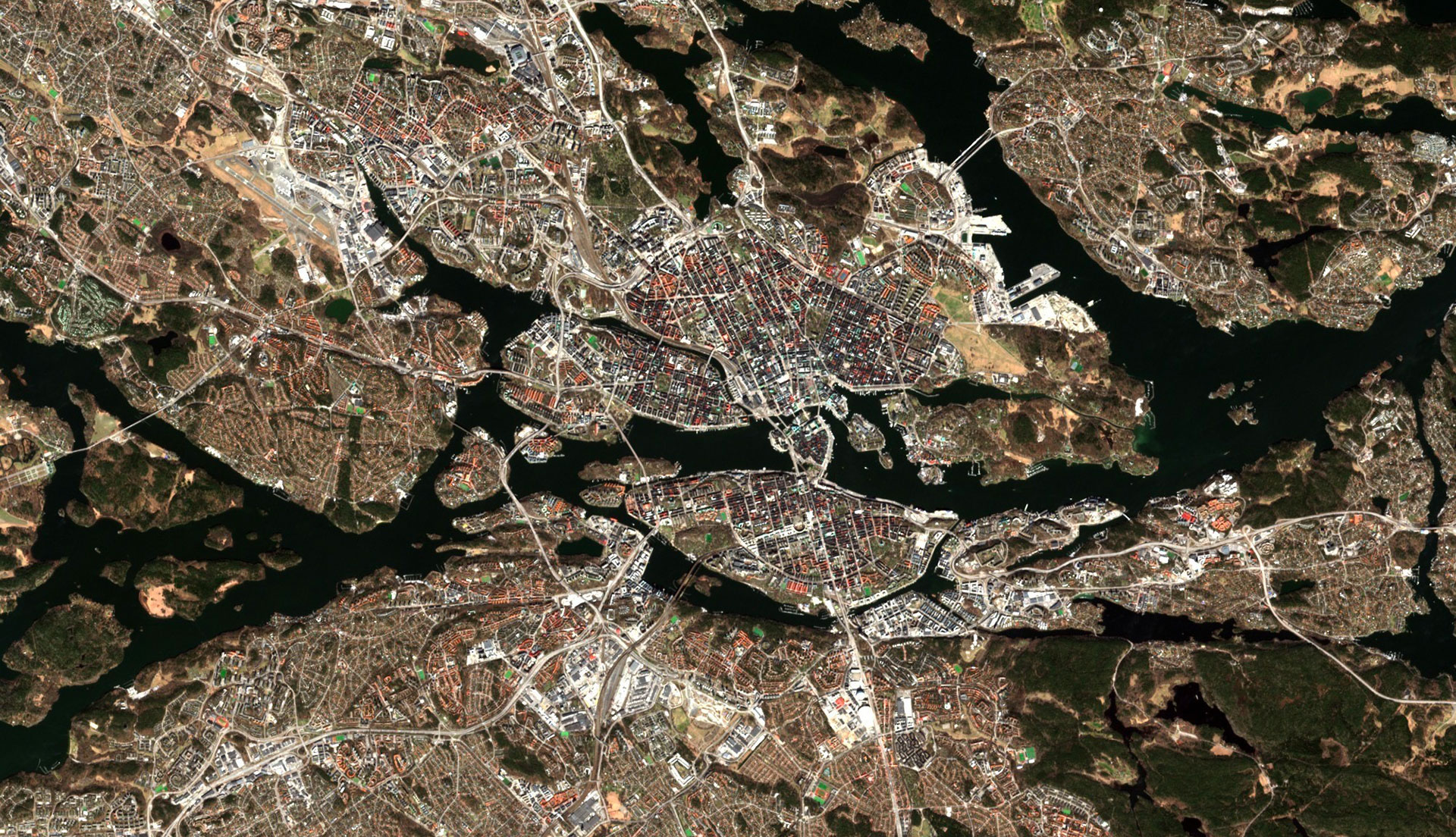