Next international meeting17 to 30 May 2021: COP15 on biological diversity

A One Planet Summit for Biodiversity

Published on 18/01/2021
Revive green diplomacy: this was France's objective in organising the 4th One Planet Summit at the Élysée Palace on Monday, 11 January 2021, in cooperation with the United Nations and the World Bank. SCO was present at the Summit, which was attended in person or virtually by representatives of a large number of countries and international organisations.

Reminder: what are OPSs?

Proposed at the end of 2017, when the Space Climate Observatory was created, One Planet Summits are in some sense the backbone of the SCO. Initiated by France, in partnership with the World Bank and the United Nations Secretariat, OPSs are interim reviews on the implementation of the Paris Agreement to strengthen international engagement in the 2030 Agenda.

A summit devoted to biodiversity

Between the 2019 IPBES report* showing a massive decline in biodiversity and, a few months later, the emergence of COVID-19, 2021 is emerging as the year of biodiversity. The SCO will therefore focus its 2021 call for projects on this theme. While the selected projects will be announced in February, the SCO can already demonstrate some concrete progress, presented at the OPS in a short video.

Pascal Canfin, Chairman of the European Parliament's Environment Committee and a participant at the round table on deforestation, reaffirmed the value of an approach like that of the SCO: “We need to change the rules of the game and adopt an EU-wide law that will gradually restrict market access to raw materials that cannot guarantee that they do not contribute to deforestation. We now have all the satellite and GPS tools capable of [precisely] tracking what is produced and what we import. We are going to implement them to chart deforestation.”

* Intergovernmental Science-Policy Platform on Biodiversity and Ecosystem Services. IPBES is to biodiversity what the IPCC is to climate.

Highlights of the summit

In addition to the decision to devote a larger share of climate funding to biodiversity, these discussions provided an opportunity to take stock of several initiatives:

“2020 was a full-scale warning. Today we have decided on an agenda for progress,” concluded French President Emmanuel Macron, satisfied that the international agendas for climate, biodiversity and food security have been reconciled.

The next major step will take place in Kunming (China), with the 15th meeting of the UN Convention on Biological Diversity. In this regard, Qu Dongyu, Director General of the FAO (Food and Agriculture Organization of the United Nations), reminded the session that “The pandemic has shown the link between the environment, human health and animal health. […] We have to do more because there is only one health. FAO is supporting the creation of an expert council, One Health, to focus on this interconnection.”

Other major events are expected in 2021; check out the SCO calendar!

“We need nature in our lives for our physical and mental health.” Ursula von der Leyen, President of the European Commission

“Climate change and biodiversity are inextricably linked. We all have the responsibility to protect nature.” Justin Trudeau, Prime Minister of Canada

Today, “96% of mammals on our planet are humans and cattle, 70% of birds are chickens. […] We must return entire parts of our planet to the wild and give real meaning to our goals.” Boris Johnson, Prime Minister of the United Kingdom

“The pandemic has shown that the international community can mobilise global resources when needed. There will be a biodiversity crisis: let's rise to the occasion and include biodiversity when dealing with climate change.” Erna Solberg, Prime Minister of Norway 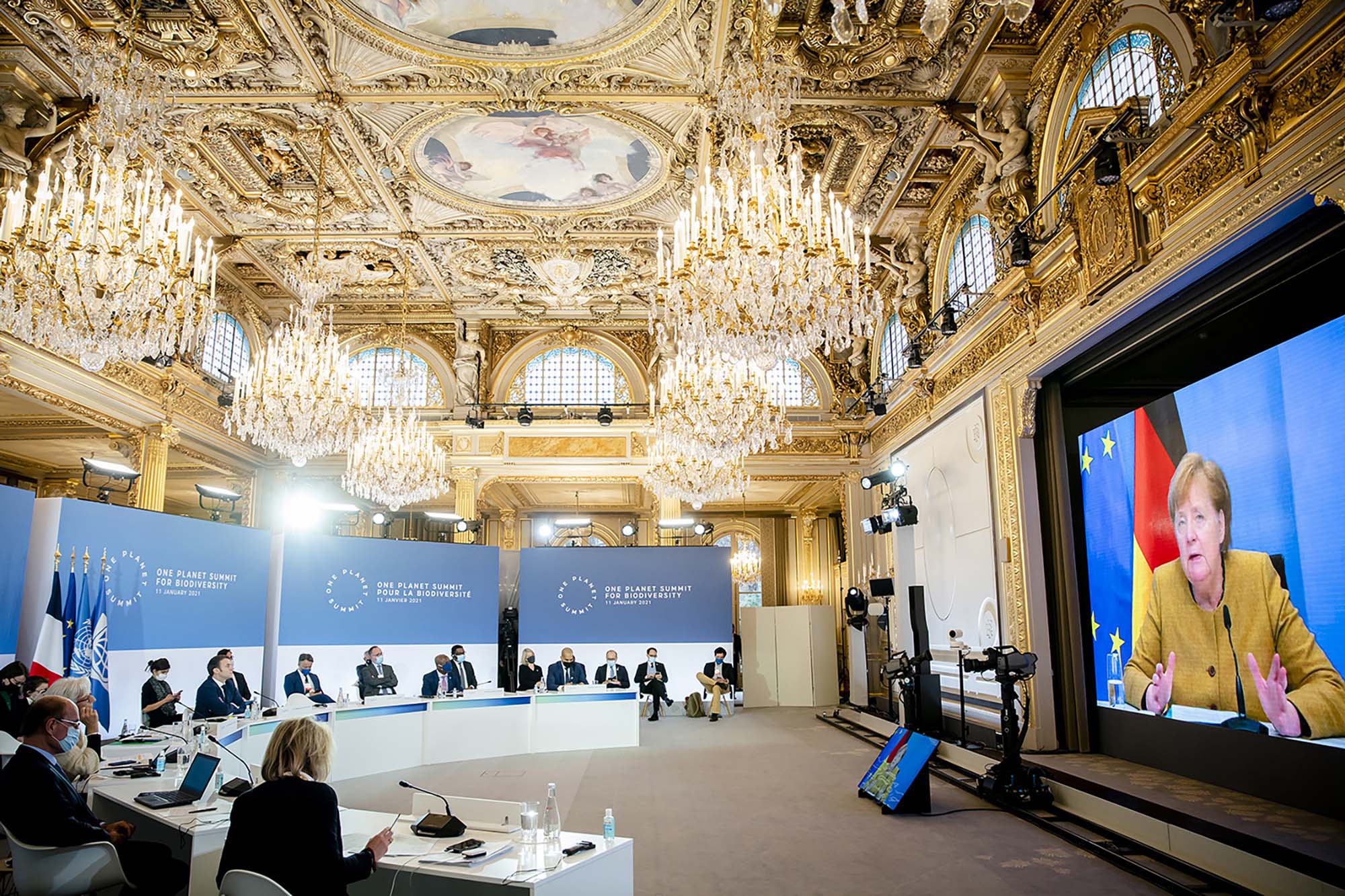