Published on 03/06/2021
As announced in March, AGEOS is making every effort to implement the SCO Gabon as soon as possible. On May 18, 2021, the first national workshop for the implementation of the SCO Gabon was held in Libreville, in the auditorium of the Ministry of Water and Forests.

In early 2021, the SCO labeling of a mangrove preservation project propelled Gabon to the rank of SCO Acceleration Committee or SAC. Objective: to build on the maturation of the project to implement the SCO Gabon. Last March, in the article Gabon in the starting blocks, Mr. Aboubakar Mambimba Ndjoungui, Deputy Director General of the Gabonese space agency AGEOS, shared with us his vision and expectations of the SCO initiative, as well as his desire to quickly transform the Acceleration Committee into SCO Gabon. The May 18 meeting was a concrete expression of this desire.

The session opened with a speech by the Minister Delegate for Communication, Ms. Gisèle Akoghe. She first emphasized Gabon's leadership position in Central Africa on climate issues and its involvement through the highest authorities in climate negotiations at the international level. She also noted the establishment by the Head of State of technical and administrative structures AGEOS (space agency), ANPN (National Agency of National Parks) and CNC (National Climate Council), whose missions contribute to the knowledge and decision support on climate issues. 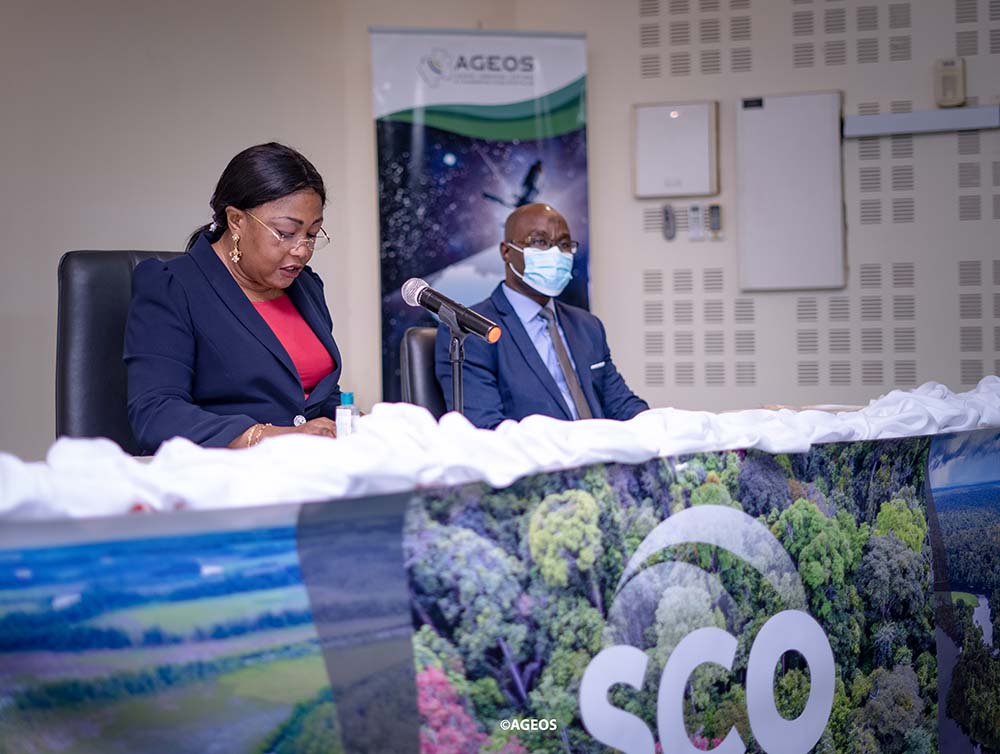 The Deputy Director General of AGEOS, Mr. Aboubakar Mambimba Ndjoungui, then showed the relevance of developing a SCO Gabon, both for national interests and to contribute significantly to the development of the SCO initiative at the international level. To do this, he relied on several presentations:

At the end of these exchanges, all partners responded favorably to the idea of joining the SCO Gabon. The organizational chart below presents the composition of the executive committee and the institutions that have expressed their opinion on the role they could play in the SCO Gabon. 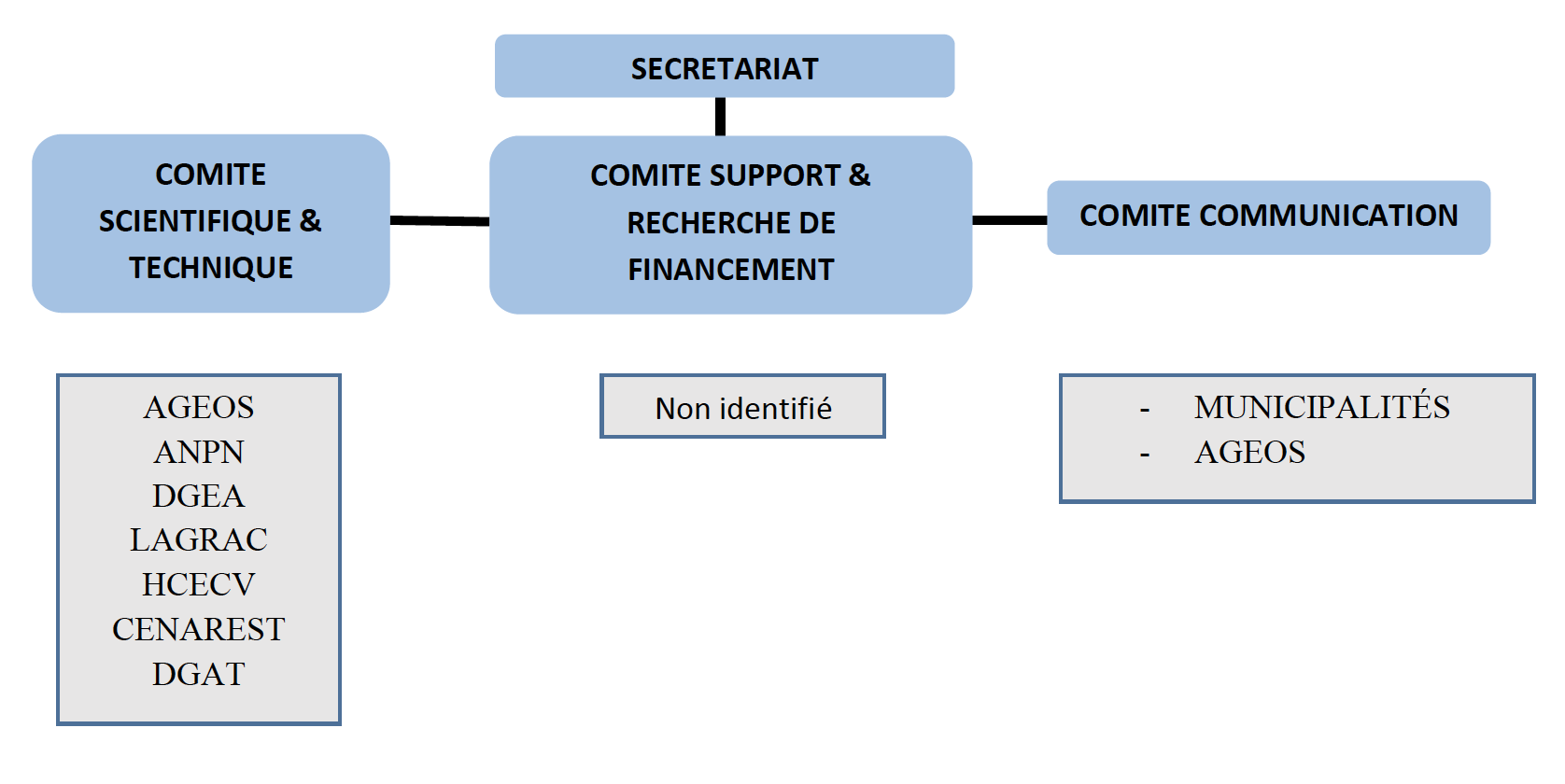 With the groundwork laid and discussions launched, all partners will now work to define the terms of reference for the SCO Gabon and the mangrove project. A second workshop is planned for an official launch of the SCO Gabon during the summer of 2021.

General Directorate of Risk Prevention at the Libreville City Hall