ADOPT: at the heart of regional nature parks

Published on 30/06/2022
In the context of climate change, regional nature parks are playing a more crucial role than ever for France's natural heritage and regional planning. In a Living Lab approach, the ADOPT project is dedicated exclusively to meeting their needs through Earth observation. And to follow the project as closely as possible, the team is launching its Newsletter.

At the beginning of March 2022, we welcomed the launch of the ADOPT project, which began a series of consultations to define the priorities and needs of regional nature parks (RNPs), which the project team shared in the form of videos (in French).
Four months later, half of the workstreams have been completed, bringing the project stakeholders to a pivotal moment. The selection of the first indicators is planned for the beginning of summer 2022, for a production launch during the summer in order to carry out user tests in the autumn.

Formalised by E2L, the Living Lab approach comprises four loops. Each one is an iterative process that progresses through numerous meetings, sometimes with all the stakeholders, sometimes with each of the three pilot parks. In between these meetings, back office work prepares the geospatial datasets that serve as a basis for discussion at the following meetings.

On the right, NDVI vegetation index from Sentinel-2 cumulated from March to July 2021 and red overlay of grassland plots subject to a late mowing contract as of 20 June. On the left, IGN aerial photograph of the same area.

To support the community approach implemented, the project team now proposes the ADOPT newsletter. Setting up a common working framework, the inter-park dynamics, the approach to remote sensing and the first lessons learned, it's all there! 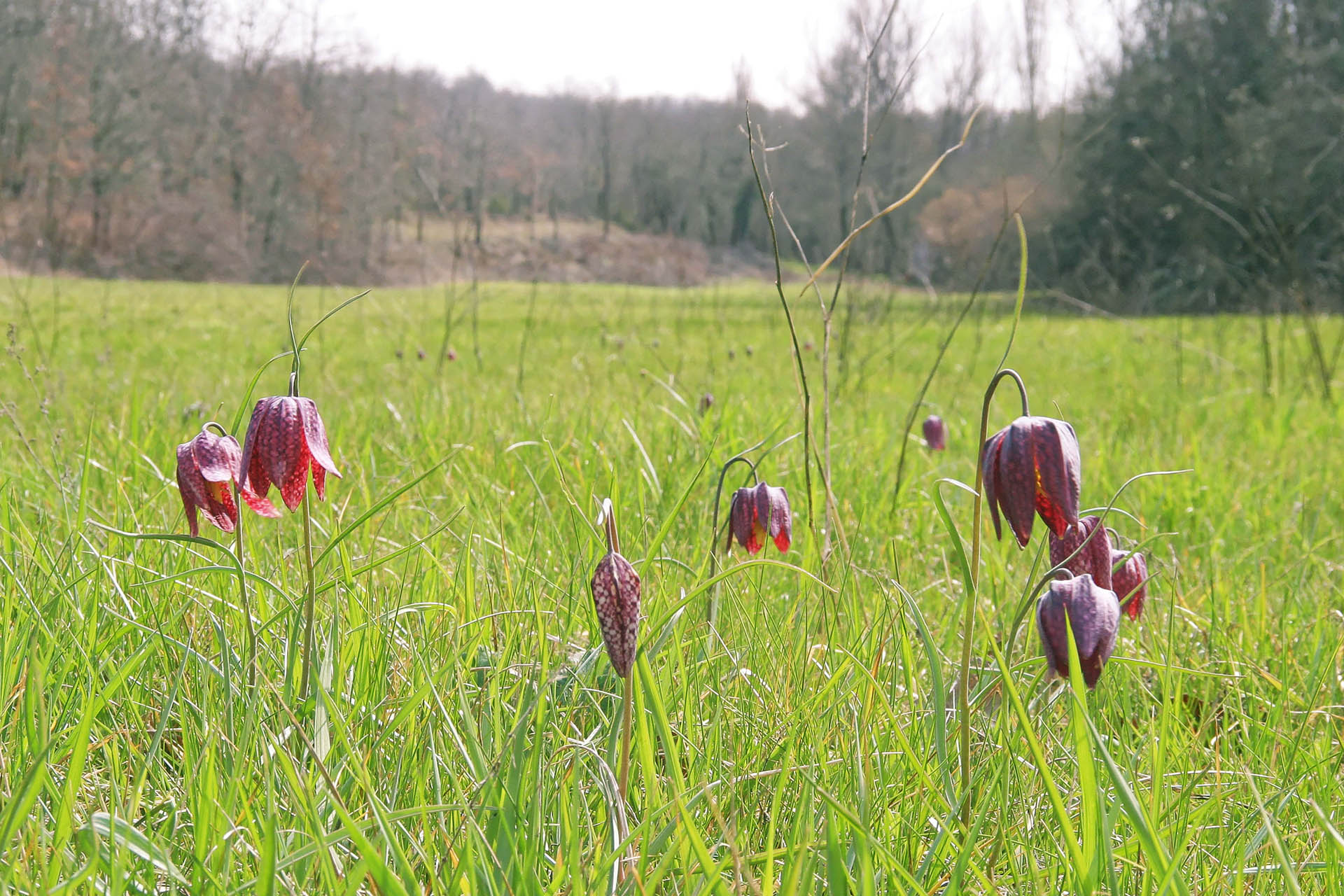