Liens utilesPresentation of the project

Published on 05/12/2022
In September 2022, France experienced its first dengue epidemic. The fault of one of the most dangerous predators of man: the Aedes mosquito. Thanks to the SCO label, Annelise Tran and Marie Demarchi, co-leaders of the Arbocarto-V2 project, have transformed their research into an operational tool for anticipating epidemics caused by the dangerous little beast. Meeting.

Those who live or have lived in the tropics know the song: the melody of the truck which sprays insecticides in the streets, with the inevitable refrain "empty your tanks of stagnant water", the preferred place for mosquitoes to lay their eggs. Today, the populations of temperate climates are discovering this music because, under the action of global warming and globalization, mosquitoes are conquering new hunting grounds. Here or elsewhere, how to fight? With Arbocarto, a powerful public health tool that will become more widespread and develop further.

Let's start with some introductions. Who are you and what are your respective roles in the Arbocarto project?

🙎🏻‍♀️Annelise Tran: I am a researcher at CIRAD, and more precisely at the UMR Tetis (territories environment remote sensing and spatial information joint research unit). After my thesis on dengue in French Guiana in 2004 and several research projects on the modeling of mosquito vector dynamics, I launched the Arbocarto project, for which I am responsible for modeling. I called on Marie, whom I met about ten years ago at the Maison de la Télédétection (House of Remote Sensing) in Montpellier, to design a simple and practical user interface.

🙍🏼‍♀️Marie Demarchi: I am an independent engineer in geomatics, a science that combines geography, computer science and mathematics. In Arbocarto, I design the interface, which is then developed by Mathieu Castets of CIRAD, and I check the application's operation before deployment. I also design the associated documents to accompany our users. 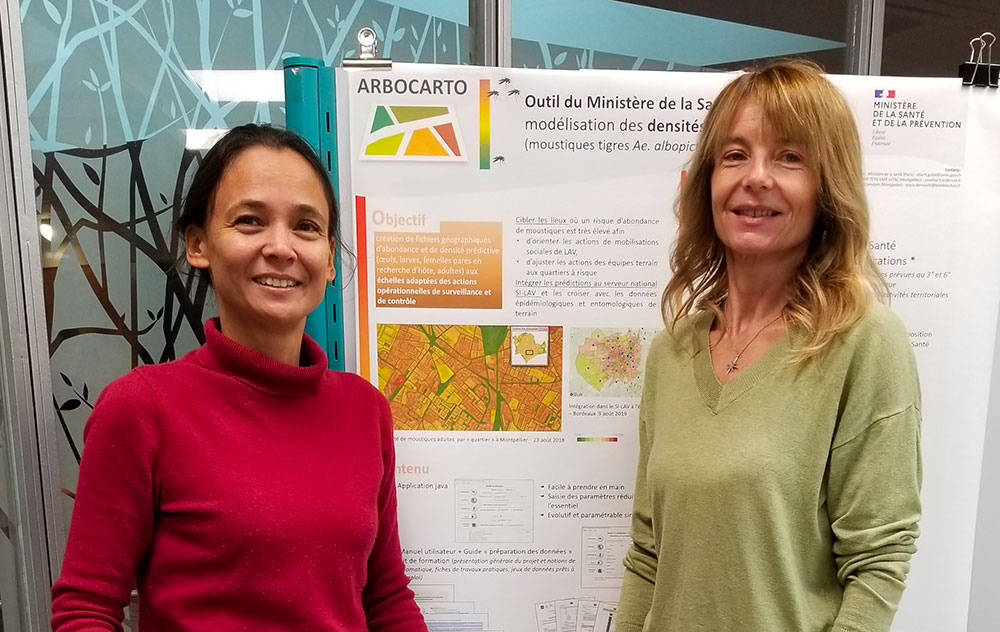 Our presentations are missing a protagonist: who is this fearsome Aedes, whose very name resembles that of the god of the underworld?

🙎🏻‍♀️A.T.: Aedes refers to a family of mosquitoes and it can indeed give us hell! Among its species, we study Aedes albopictus - the famous tiger mosquito - and Aedes aegypti, both vectors of pathogens responsible for diseases like chikungunya, dengue and zika. They are urban mosquitoes, diurnal and particularly harmful at the beginning and end of the day.

What is the purpose of your Arbocarto-V2 tool?

🙎🏻‍♀️A.T.: Developed at the request of the French Ministry of Health and Prevention, Arbocarto-V2 is an application for predictive mapping of Aedes (Ae. albopictus and Ae. aegypti) population densities based on local entomological, meteorological and remote sensing data. The maps generated by the tool allow to target locations where the risk of mosquito abundance is very high, in order to guide vector control actions.

"The mosquito is highly dependent on humans and urban habitat patterns are key to its proliferation."

Of course, satellites do not see mosquitoes! What is the role of remote sensing in Arbocarto-V2?

🙎🏻‍♀️A.T.: In order to reproduce and lay their eggs, mosquitoes need larval nests, the presence of which depends on vegetation and land use. However, mosquitoes are very dependent on humans, and numerous field studies show that among the different types of human habitats, urban forms are decisive: there will be more hatching sites in a residential neighborhood with vegetation than in a neighborhood of apartment buildings, which is very concrete and devoid of vegetation. It is this link between urban form and potentially available larval sites that drives Arbocarto and for which satellite data are useful.

🙍🏼‍♀️M.D.: Indeed, high and very high spatial resolution remote sensing data are used to characterize the environment of the study sites, namely to determine land use, green screens and urbanization types. These data improve our knowledge of the territory in the absence of field data.

Operational for all geographical sites, what are its main features?

🙎🏻‍♀️A.T.: First, Arbocarto-V2 can simulate mosquito abundances in a given territory, Aedes albopictus or aegypti depending on the user's choice. Secondly, Arbocarto-V2 allows the preparation of the environmental file taking into account data on land use, vegetation, and other sources such as the location of cemeteries and other areas that may host larvae breeding sites. Third, Arbocarto-V2 allows to simulate prevention or control actions according to different scenarios. For example, what will be the estimated abundance if we reduce the number of beetles by 50% in such area, or if we spray insecticides in such place for such time. 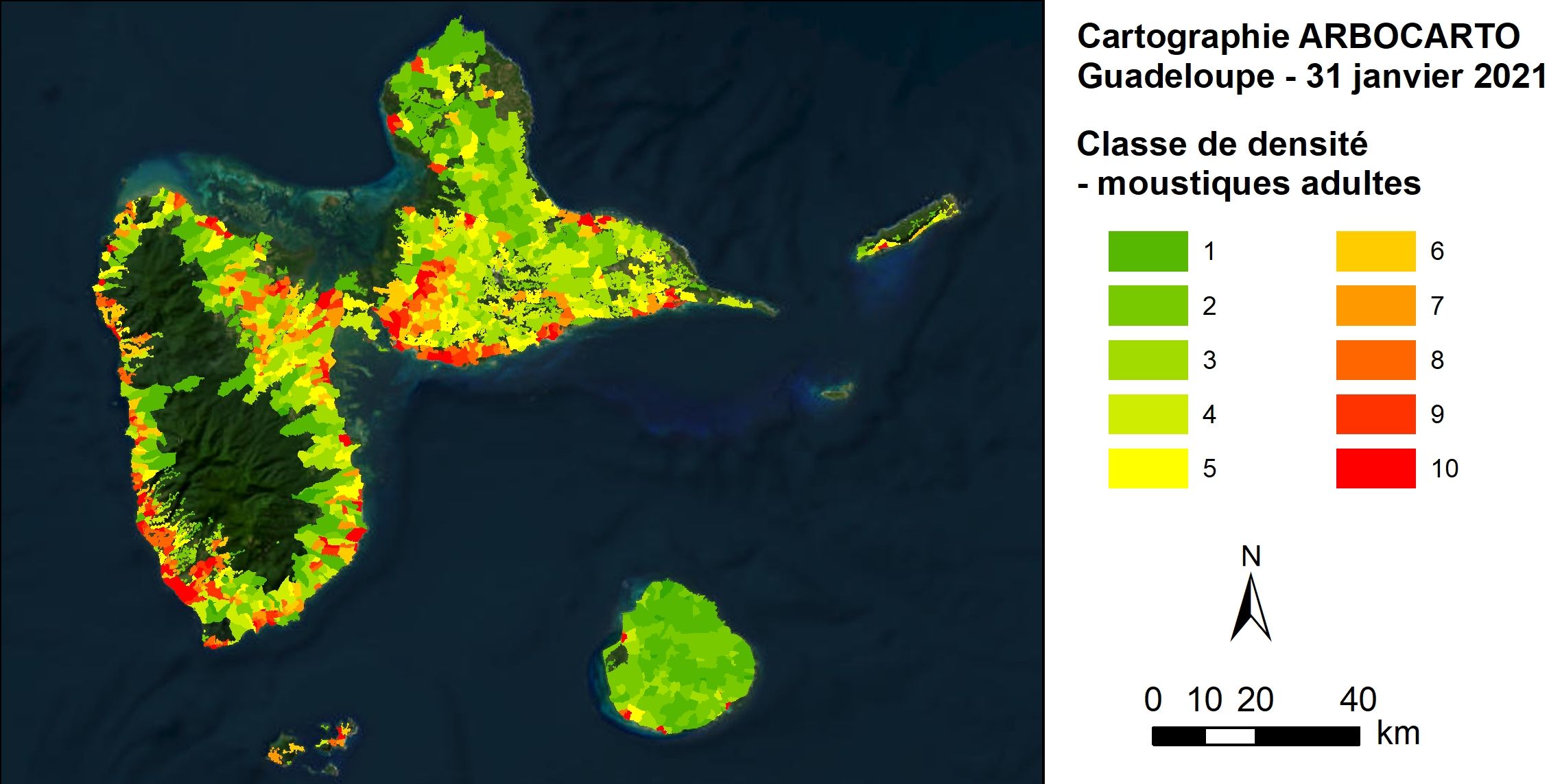 Example of a predictive mapping of adult mosquito abundance on Guadeloupe. © Arbocarto

Arbocarto is a public tool, owned by the French Ministry of Health and Prevention. Who are the users and how to access it?

🙍🏼‍♀️M.D.: Users are the French Regional Health Agencies and the mosquito control operators, private or public. Indeed, depending on the area, as in Martinique for example, it is the local authority that is in charge of mosquito control. We have also had requests from researchers or students, validated by the Ministry.

🙎🏻‍♀️A.T.: Arbocarto is a software in .exe format. A direct registration link will be available very soon on arbocarto.fr, a site we created during V2. For the time being, to apply for Arbocarto, you have to fill in a very simple form and commit yourself to give a user feedback once a year to the ministry. As soon as the ministry agrees, we send a link to download the complete kit. This form (in French) is available here, as well as via arbocarto.fr.

💡To know: An agreement with the Ministry of Health and Prevention and Météo-France allows users to retrieve local data at the frequency they wish.

What did the SCO label bring you?

🙎🏻‍♀️A.T.: First of all, the CNES funding that allowed us to transform our Arbocarto-V1 demonstrator into an operational Arbocarto-V2 tool. The SCO labeling also brought us recognition and visibility among new users thanks to its network but also via communication actions such as the production of a presentation video that we use regularly.

You are currently working on a V3. What is it about?

🙎🏻‍♀️A.T.: Up to V2, the tool provides a prediction on mosquito abundance, an important indicator for the risk of pathogen transmission by these mosquitoes, but not the only one. V3 provides predictions on the basic reproduction rate of dengue, the R0, which is the number of secondary cases generated by the introduction of a first case in a population. We have all been made aware of this indicator with the Covid: if the R0 is greater than 1, it is the snowball effect and the epidemic. Our first verifications on Reunion Island show a good spatial correlation of dengue outbreaks. This evolution of the tool is particularly interesting for metropolitan France where the population can be considered as totally sensitive to the viruses transmitted by Aedes.

Your tool offers a wide range of possibilities for development. How would satellite data allow you to go further, especially from a climate change perspective?

🙍🏼‍♀️M.D.: Among the options for medium-term evolution, we see two main possibilities using satellite data. The first, to sharpen our results, would be to use urban heat island data and/or a finer description of vegetation. We have identified SCO projects that generate these types of data. The second would be to use satellite meteorological data, and not only those from ground stations as today. By allowing us to imagine the future with respect to climate change, this evolution would give the tool a wider use and a wider range of users. This will require some development to be able to integrate data in raster format (grids).

🙎🏻‍♀️A.T.: One near-term development involves malaria, transmitted by species of anopheles mosquitoes, most of whose egg-laying sites are large areas of water such as rice fields or swamps, which are much easier to map from space. One researcher is currently doing his thesis using remote sensing to map malaria hatching sites in Madagascar, which he has fed into the Arbocarto population dynamics model. His predictions of Anopheles densities in different areas of Madagascar are quite convincing. This research could be integrated into Arbocarto or a derived tool.

Although the interface has been designed to allow non-experts to use it, such a tool must require some mastery, right?

🙍🏼‍♀️M.D.: We put a lot of thought into this and developed a training kit that comes with datasets, support, and the tool, allowing new users to self-train. However, the tool is easy to use because it does not require a great deal of knowledge in geomatics: it is the exploitation of what emerges from the tool that requires some basics, which is why we offer those who wish to do so face-to-face, distance or hybrid training.

🙎🏻‍♀️A.T.: Indeed, the difficulty lies mostly in mastering GIS (Geographic Information System) tools. If the participants are already trained in GIS, the training is reduced to half a day. Otherwise, we take the time to explain how to use the Arbocarto-V2 outputs using GIS. In the end, we see good ownership as several people have taken the initiative to train their colleagues. As a researcher, I am deeply delighted to see the results of years of research work become an operational tool. Already equipped with settings that allow those who wish to go further than the basic functions, I am convinced that Arbocarto will continue to live and evolve thanks to the community of users. 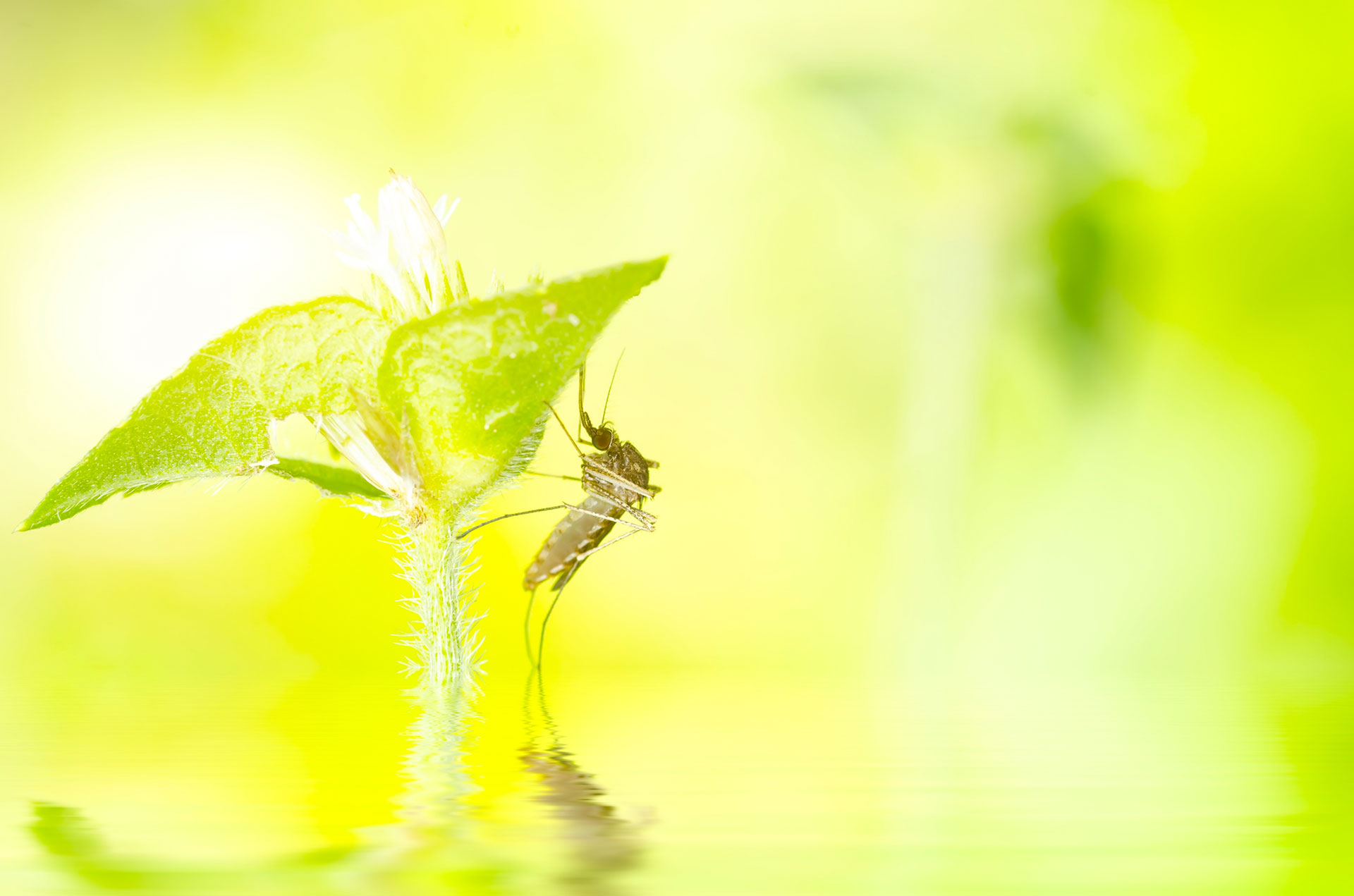