Published on 07/01/2021
The rising level of the oceans is inevitably eating away at coastal regions, which is one of the most concerning aspects of global warming. Rising to the challenge of identifying coastal flooding hazards and assessing their socioeconomic risks for the area, Littoscope is a flagship project as it is typical of the "SCO concept": satellite data combined with in-situ and socioeconomic data to tackle recognised local issues. Three months after project kick-off, stakeholders in the Littoscope consortium welcomed us to their stage review on 11 December 2020. Focus.

Three pillars based on spatial mapping

Littoscope uses satellite data for information and decision-making related to the impacts of rising oceans in coastal areas. Its concept is based on three pillars:

To develop an operational, reproducible tool, the consortium is focusing its work on two coastal areas in mainland France: the village of Gâvres (4.5 km2) on the Atlantic coast and, in the Mediterranean region, a broader area (102.4 km2) around Palavas-les-Flots, including a part of the Montpellier-Méditerranée conurbation and the municipalities of the Etang de l’Or.

Firstly, the consortium approached local stakeholders in October: two in Gâvres and four in the Palavas-les-Flots region. These future users of the tool were able to express their needs and expectations and also share their experiences on coastal flooding. They all showed significant interest in the project, which, for most of them, will be their first experience using satellite data. Some also expressed satisfaction regarding the link the project is creating between local government institutions, technicians and decision-makers.

The products generated are delivered in the form of maps, using various algorithms applied to Pleiades satellite images. By mid-December, the team had tested various mask and adjustment methods to provide the best possible results with a process applicable everywhere.

For large areas such as the Palavas-les-Flots area, the tool has three processing levels. Adapted to large areas, the low level (use of ground) and intermediate level (addition of information about the population, habitats and economy) are automatically and reproducibly classified. On a regional scale, the high level offers comprehensive analysis of the image. 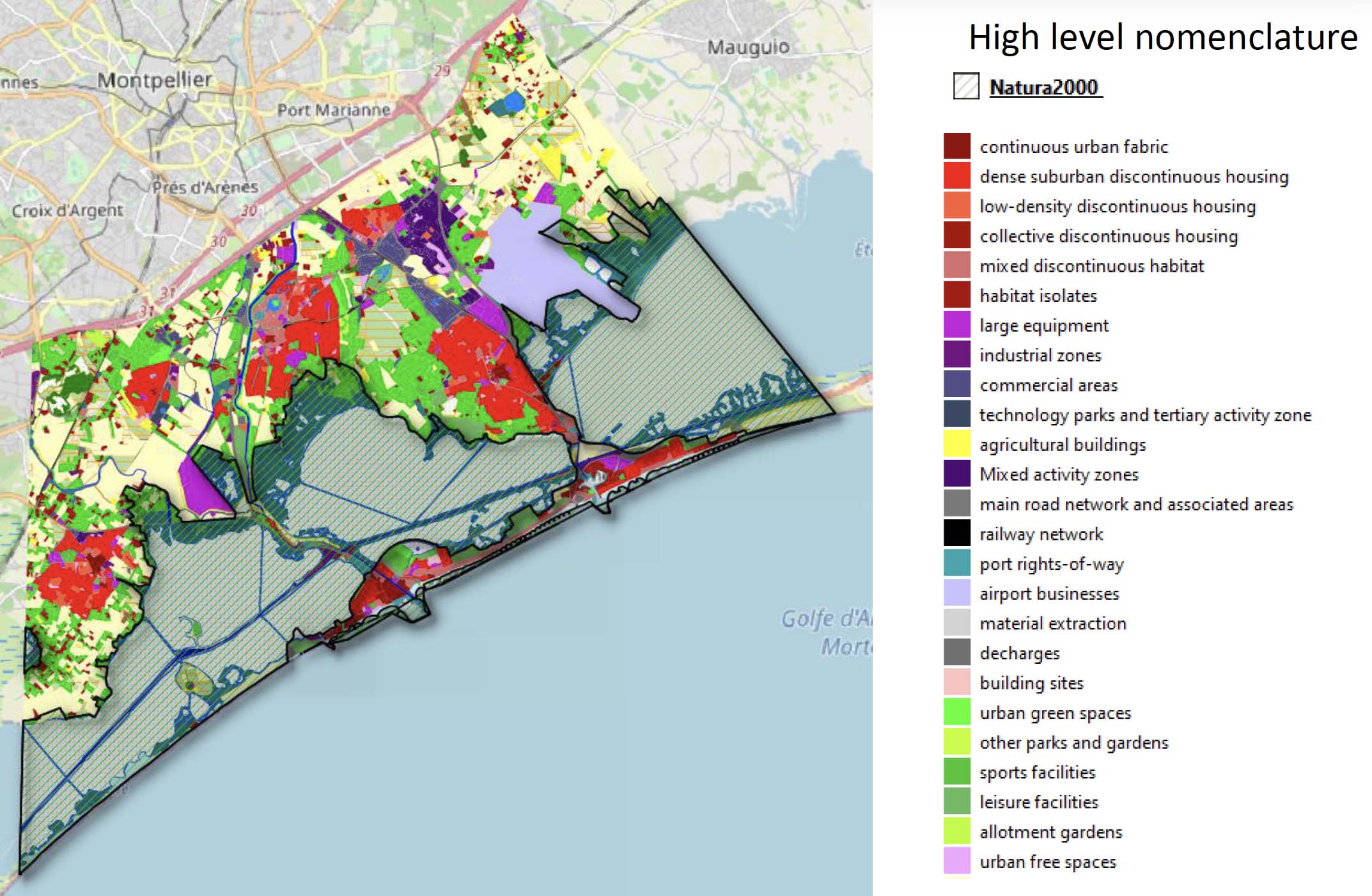 The highest level of processing combines a customised map of ground occupancy at a detailed level as regards socioeconomic components and exogenous themed data (environment, industrial risks, tourism and the population). ©Littoscope

For a small village such as Gâvres, the tool offers a detailed view per season, providing the population at the spatial resolution of buildings. © Littoscope

Estimation of the flooding risk

By crossing the estimation of land elevation with the intensity of the abnormally high tides resulting from rising sea levels (observed or predicted), as well as by the tide and storms, the team compiled 15 scenarios of flooding risks for each zone to outline forecasts for 2030, 2070 and 2100. 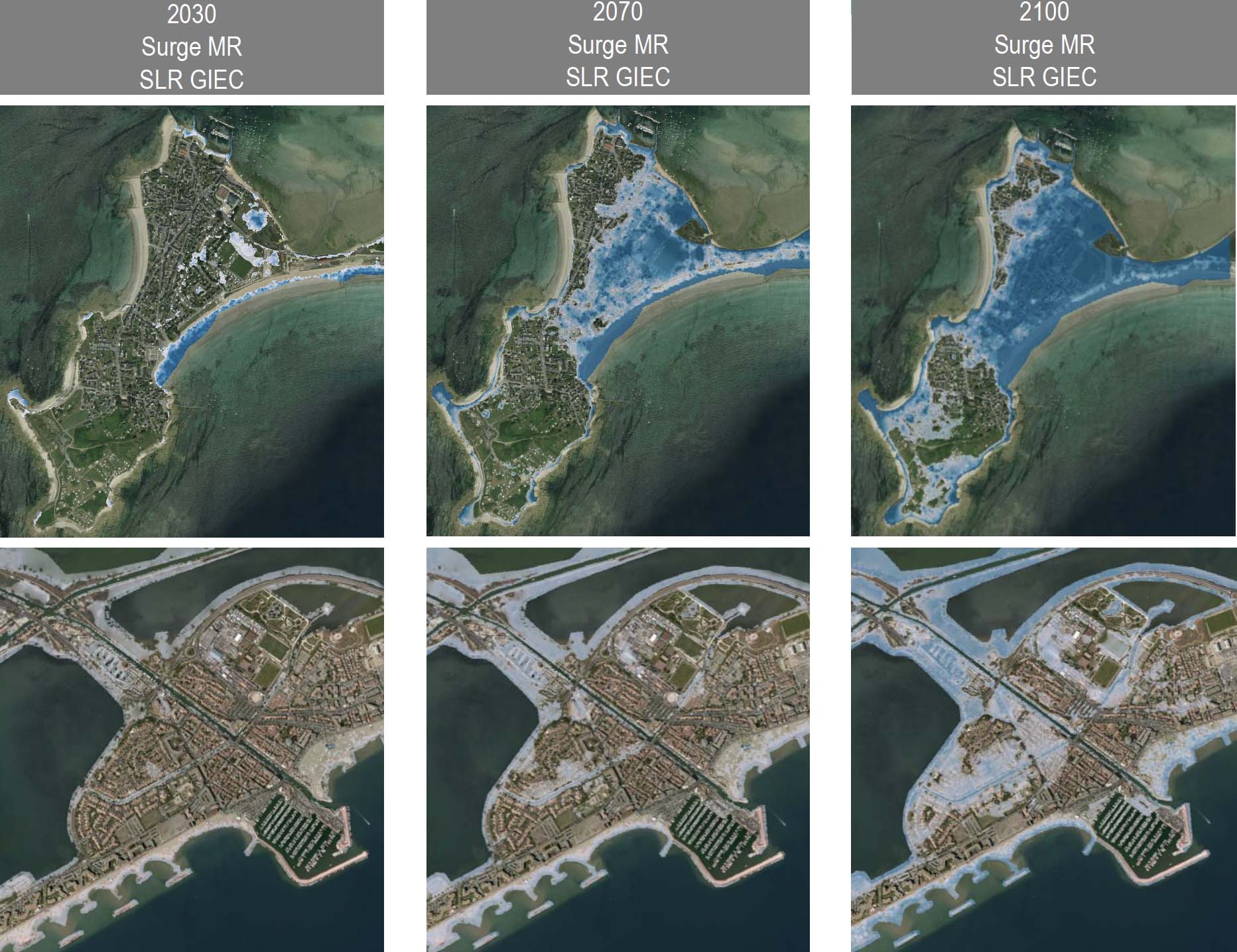 The next stages will involve compiling challenges, distributed into three classes (human, socioeconomic, and environmental and property-related) and calculating the risk index (degrees from 1 to 5, population affected, costs/damaged property). These elements, combined with the flooding risk scenarios, will produce a risk map.

Development of an interactive online platform

Planned for delivery in late March 2021, an initial version of the online platform was presented to the participating local stakeholders in mid-December. A questionnaire and/or interviews will be used to gather feedback on use in June 2021. 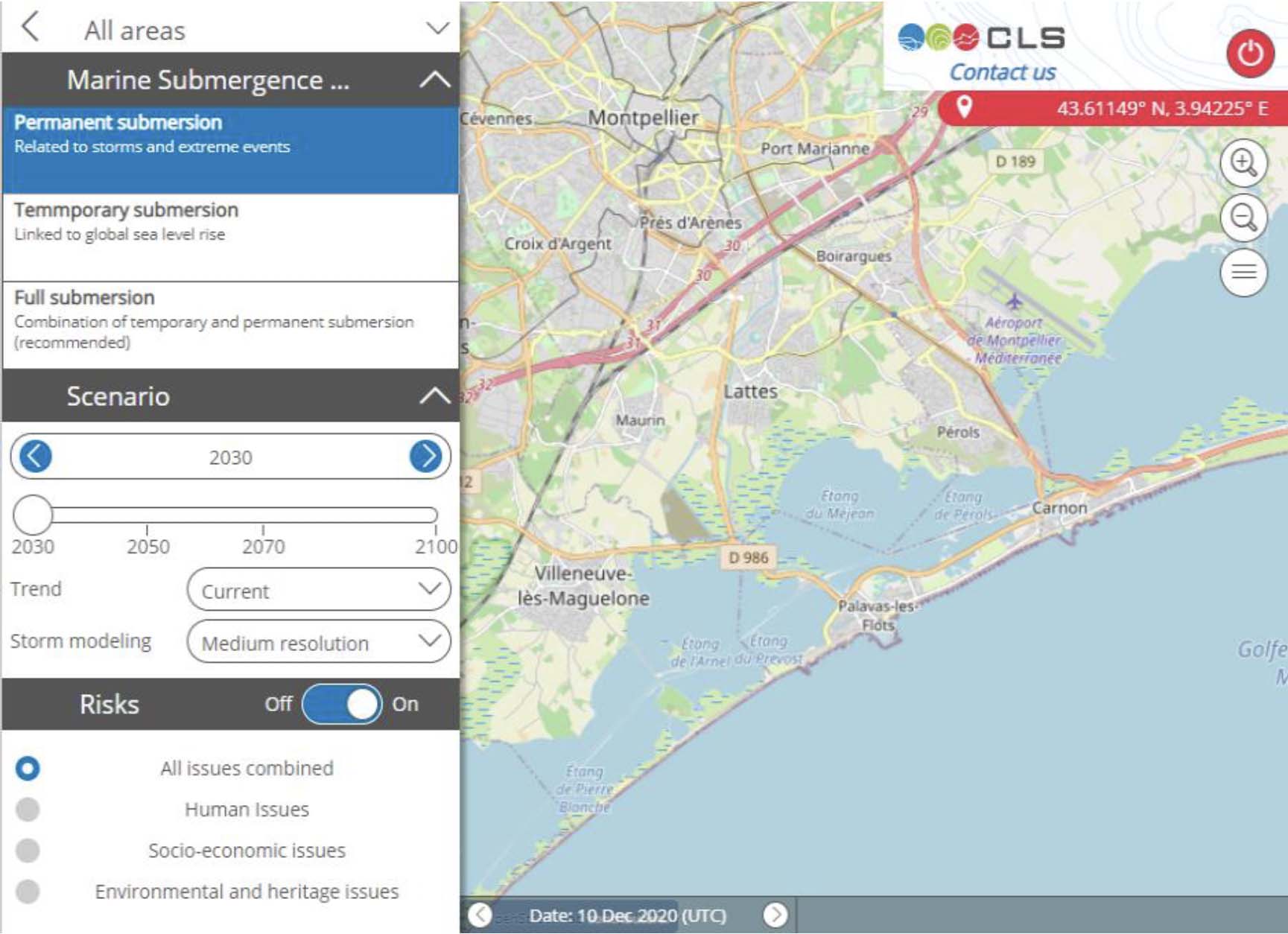 The online platform will be used to view permanent and temporary flooding hazards in a region and estimate the risks associated with these hazards. ©Littoscope

When the tool is fully operational, it will be provided to SCO International to be promoted so it can be applied to other coastal areas in France and worldwide. 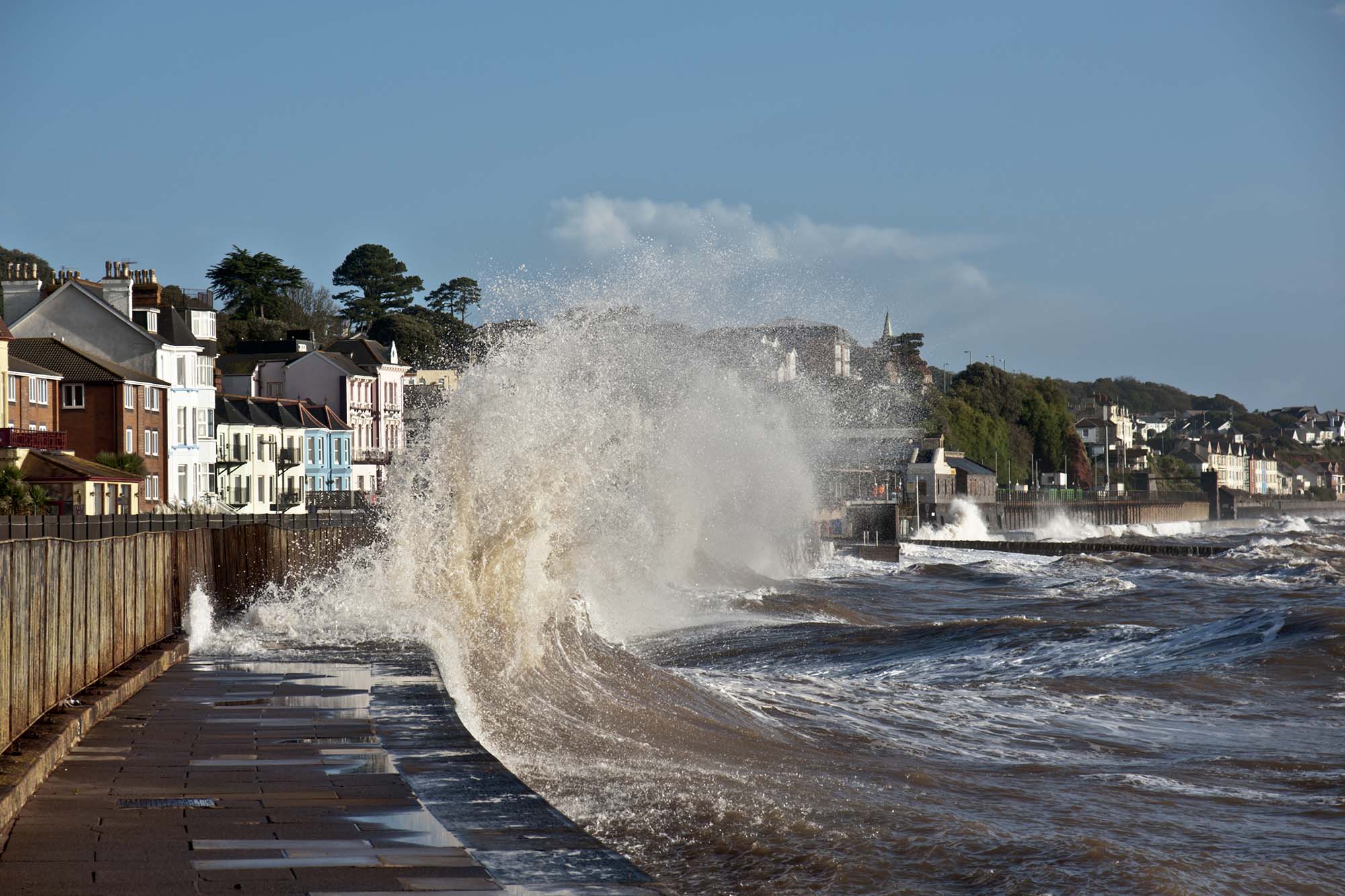