Accounting for half of the world's forests, the rainforest is under serious threat. In 2019, the equivalent of a soccer stadium is destroyed every two seconds. TropiSCO aims to map deforested areas in near-real time and to publish the information so that local actors can intervene, alert public opinion, and account for lost surfaces.

Forests cover about 30% of the Earth's land area and provide humanity with many ecosystem services, such as climate change mitigation (carbon sinks) or soil erosion control. In particular, tropical forests - which constitute only 6% of the land area - possess more than half of the Earth's biodiversity. This biodiversity is itself very rich for humanity: a reserve of molecules for the pharmaceutical industry, pollination, cultural and social services...

However, forests are disappearing at an alarming rate. Between 1990 and 2020, an area of forest equivalent to more than three times that of metropolitan France has disappeared. Tropical forests, which account for half of the world's forests, are seriously threatened: in 2019, the equivalent of a soccer stadium is destroyed every two seconds (FAO, 2020). In addition to the loss of ecosystem services associated with the forest, deforestation has other negative effects: for example, a link has been established between deforestation and the emergence of infectious diseases, through the contact of wild animals and habitats with domestic animals and human populations (Guégan et al. 2020). The tropical forest must therefore be protected and monitored.

Obtaining information on global deforestation activities is of considerable importance.The first and only global forest monitoring program, Global Forest Watch, based on Landsat optical images, was developed in 2013 in the United States (Hansen et al., 2013). Each year, a global deforestation map is updated and distributed for free on the Global Forest Watch platform. Weekly maps have also been published since 2016, but they are based on optical satellite data that are highly disrupted by extensive cloud cover. To overcome this problem, new alternative methods based on the use of radar imagery have been studied for a few years.

Thanks to the collaboration of CNES, the CESBIO laboratory and the startup GlobEO, an innovative approach has been developed, implemented and tested on many territories. Based on the use of time series of radar images from the European Sentinel-1 system, this approach has the advantage of detecting deforested areas rapidly, systematically and in all seasons. This new method has been operationally proven in regions and countries such as Guyana, Gabon, Vietnam, Laos and Peru. The next step is to implement these algorithms on a large scale, over the entire tropical belt.

TropiSCO therefore proposes to develop a platform for monitoring tropical deforestation on a global scale using Sentinel-1 radar images. The main advantage of this project lies in the short delay between the event in the forest and the detection by the algorithm, between 6 and 12 days depending on the area considered.

TropiSCO will benefit from a close collaboration with some partner countries of the programs led by France in the Amazon, Congo and South-East Asia basins to adapt the detection tool to their needs.

TropiSCO data will have many uses: fighting illegal logging and mining, illegal agricultural crops and wildlife trafficking, but also providing easily usable data and statistics. Many users would be interested: governments, NGOs, fire monitors, universities, the general public or companies wishing to reduce the risk of deforestation in their supply chains.

In-situ deforestation data and analysis of recent high-resolution optical images will be used to validate the products. 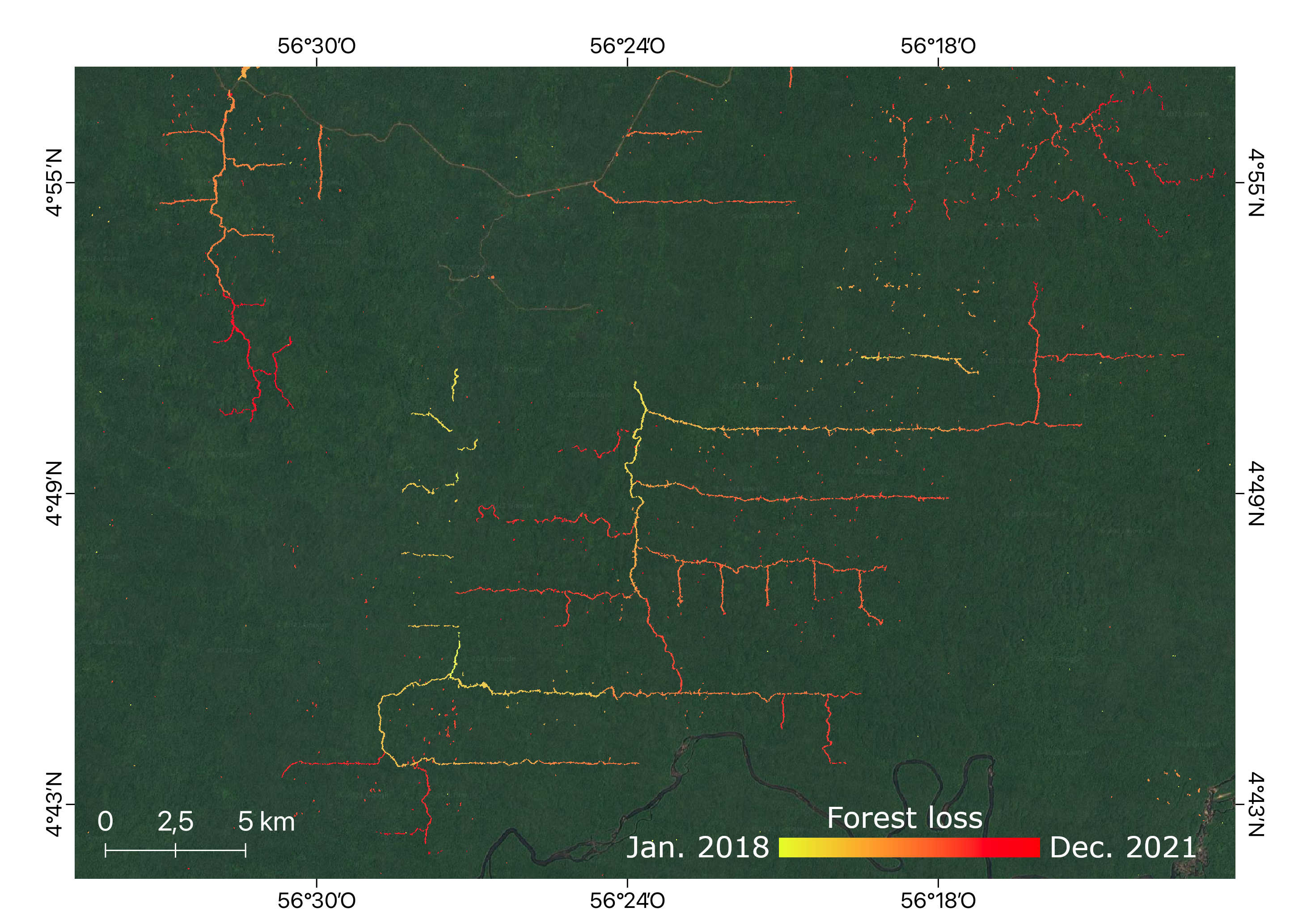 Zooming in on Suriname's deforestation on a very fine scale from 2018 to 2021. © GlobEO

In less than two years, the TropiSCO project will be able to implement a unique operational observation tool, potentially covering all tropical forests at high spatial and temporal resolution. 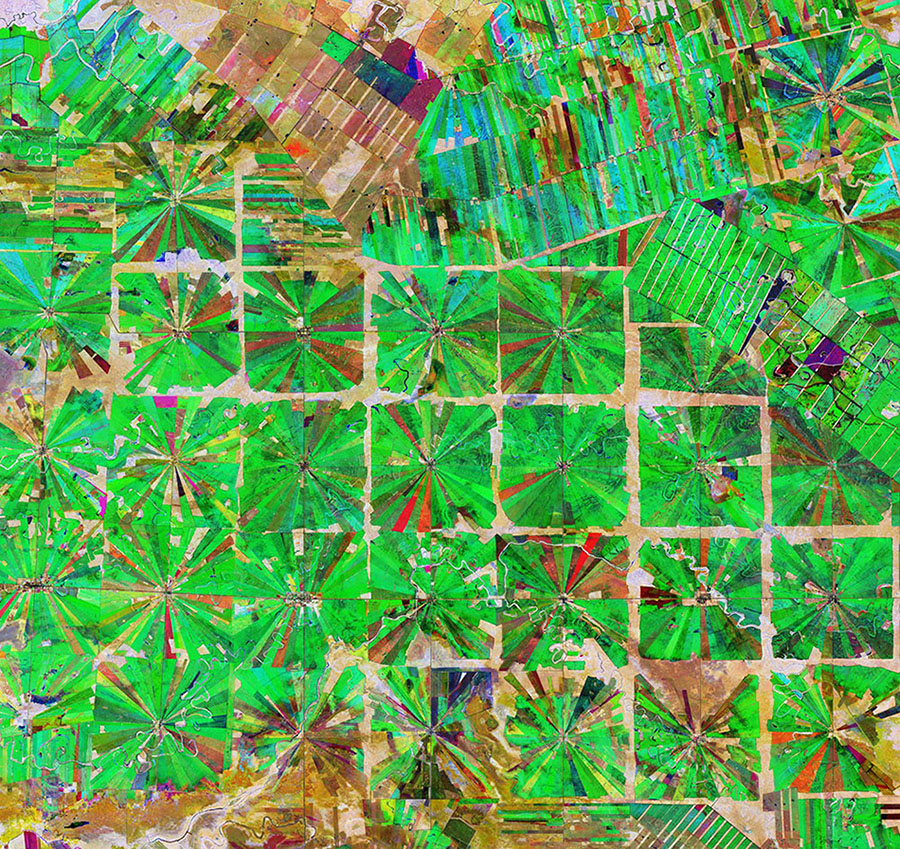