LITTOSAT will provide managers of coastal territories and marine protected areas with a dashboard for monitoring the spatial evolution of coastal vegetation in near-real time, fed by new data from satellite images. The project will propose new cartographic products, a visualisation interface and change detection tools.

LITTOSAT will contribute to the knowledge and monitoring of the state of foreshore habitats (part of the coastline periodically covered by the tide) and shallow waters, by providing new satellite products on coastal habitats (image mosaics and maps of biocenoses). These satellite products will be available:

All these satellite products will be referenced in the catalogues of the regional Spatial Data Infrastructures (SDI) and also easily accessible through a light, simple, intuitive and open source web visualisation application called Littoviz. In this way the regional satellite products and tools developed by LITTOSAT will be easily replicable in other regions, and available in accordance with the European INSPIRE Directive.

In user-defined areas of interest, LITTOSAT will provide change detection tools to monitor the impact of climate change and human activities on habitats of interest, such as seagrass beds, algal belts on rocky flats, or the proliferation of invasive species.

In order to facilitate the appropriation and adoption of the products and tools by users, the LITTOSAT project will offer resources(documentation, tutorials) and support (webinar, training) for the agents of the partner services (Regional Nature Park of Armorique, French Biodiversity Office, departmental directorate of territories, etc.).

LITTOSAT will thus contribute to the following two issues: how to assess the impact of climate change and human activities on coastal intertidal and shallow water habitats, and how to evaluate public policies aimed at protecting biodiversity in these areas? 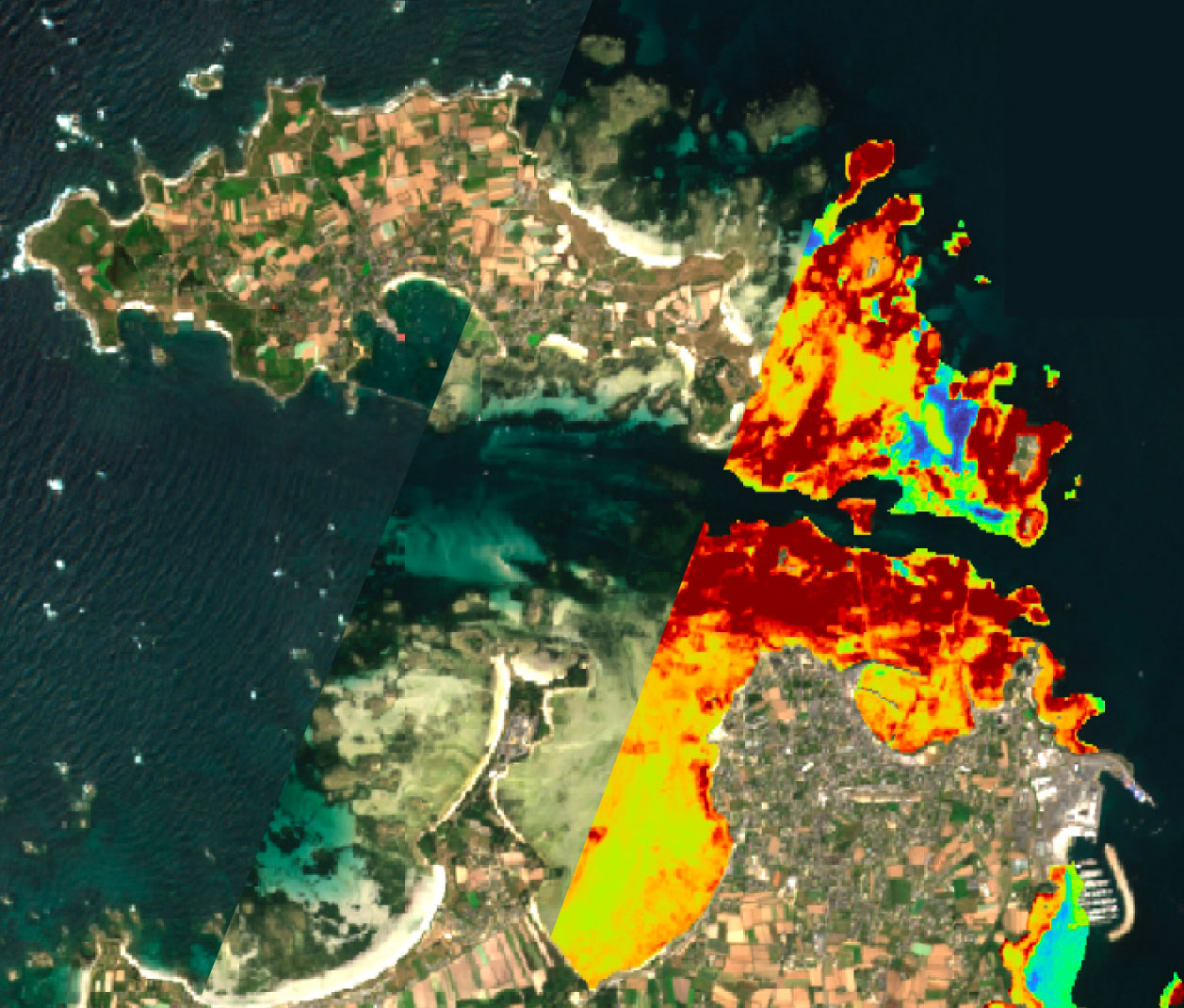