A look back at SCO at COP26

Published on 24/11/2021
From October 31 to November 12, 2021, nearly 200 countries met in Glasgow to hold the 26th Conference of the Parties, or COP26. For the SCO, this was an opportunity to strengthen its links with the Group on Earth Observations to bring together the Earth Observation community.

The Space Climate Observatory went to Glasgow (Scotland) with a great message: Gather and act for the planet thanks to satellite data. Before reviewing two events that marked the presence of the SCO France, let's come back to the agreement against deforestation with the SCO Gabon.

An agreement against global deforestation

On November 2, nearly 180 countries committed to ending deforestation by 2030, an agreement in which Aboubakar Mambimba Ndjoungui, Deputy Director General of the Gabonese Space Agency AGEOS, wants to believe: "This agreement is an excellent thing for our world. Will it be enough to fight against deforestation? There is every reason to be optimistic, given the promise of billions of dollars in funding and the latest data on CO2 emissions. For Gabon, where the forests store more than 100 million tons of CO2 per year, forest preservation has been underway for decades, as shown by our indicators."

As proof of this willingness, the country adopted a binding climate law in September 2021 to address the issue of adaptation, an important point in the negotiations at COP26 for the Africa group that Gabon led for two years. Aboubakar Mambimba Ndjoungui hopes that this agreement will not be an empty promise. He knows that he can rely on the SCO Gabon: "With the satellite data provided by AGEOS, the SCO Gabon will contribute to the monitoring of the fight against deforestation at the national and sub-regional levels. Thanks to its mangrove monitoring and preservation project, it will progressively deepen our knowledge of certain forest environments that are significant carbon sinks".

The SCO France joins its hopes and forces to those of its Gabonese counterpart, in particular with the TropiSCO project which will be able to monitor, on a weekly basis, the abidance to international commitments to stop deforestation. 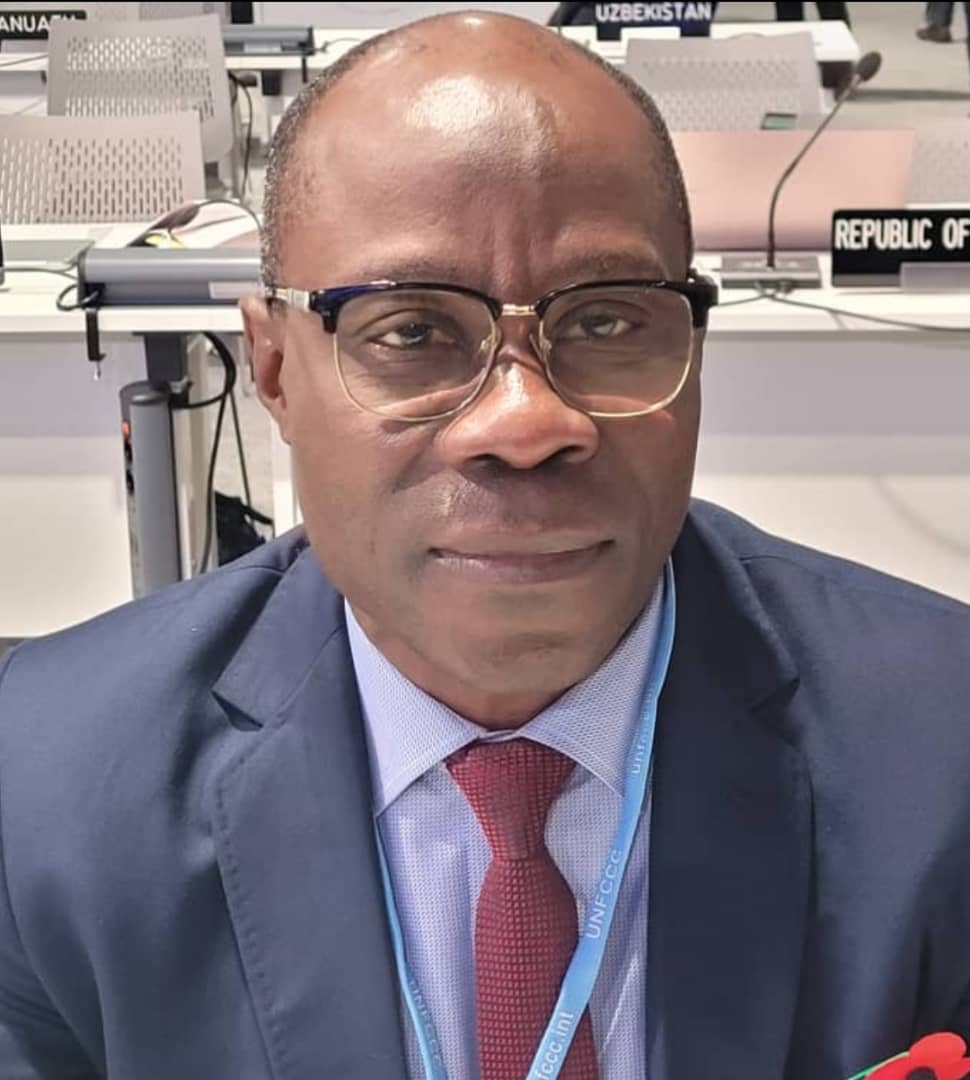 "Concrete measures are needed, otherwise deforestation will continue and even intensify in some areas of the world." Aboubakar Mambimba Ndjoungui, Deputy Director General of the Gabonese Space Agency AGEOS

On the French Pavilion in the Blue Zone, 20 people were physically present - due to the pandemic restrictions - and a few dozens were online to listen to the conference co-organized by the SCO France and Kayrros on November 1st. Laurence Monnoyer-Smith, representative of the SCO at CNES, opened the session with a presentation of the SCO, sharing the SCO-endorsed statement of support approved at the end of September and announcing the finalization of the International Charter for a signature by June 2022. Israeli Ambassador Gideon Behar, on this occasion, shared his support for the SCO and space cooperation. Then Kayrros, through its CEO Antoine Rostand, presented its real-time remote sensing solutions for methane, carbon and biomass. This year, the SCO France has accredited its Carbon-Monitor tool.

Round Table "Applications of Earth observations for climate adaptation"

Co-organized by SCO France and the Group on Earth Observations (GEO) at the University of Strathclyde on November 10, this roundtable highlighted the achievements of Earth observations in several sectors, including agriculture, biodiversity, mountains and oceans. GEO Climate Coordinator Sara Venturini shared how GEO helps making climate decisions through its flagship initiatives such as the Global Forest Observation Initiative, the Global Agricultural Monitoring Initiative and the Biodiversity Observation Network. She also announced the launch of a new workstream to promote the use of remote sensing in investment decisions from financial institutions.

Frédéric Bretar, representative of the SCO France, echoed Ms. Venturini's point of view by underlining that the SCO, as a GEO Community Activity, shares the same aspirations as the GEO. Both initiatives base their actions on the use and sharing of EO data and their applications with the widest audience, so as to foster adaptation to climate change and develop capacity. In this regard, he mentioned the support of the SCO France to many projects in Africa and South East Asia in particular.

Aboubakar Mambimba Ndjoungui, Deputy Director General of the Gabonese Space Agency AGEOS, presented the infrastructures of AGEOS and how the SCO Gabon uses satellite images domestically and regionally to monitor forest cover and coastal erosion, or the evolution of Lake Chad.

Annalisa Riccardi, Programme Advisor of the MSc in Satellite Data for Sustainable Development at Strathclyde University, then illustrated the objectives of the MSc programme with student research projects. Launched last year, this curriculum at the University of Strathclyde provides general education in satellite applications for sustainable development goals.

Finally, Antoine Halff presented the remote sensing solutions developed by Kayrros and explained how markets and investments are changing under the influence of Earth observation solutions.

Moderated by Steven Ramage, Chief Engagement Officer of GEO, the exchanges with the audience (about 20 people) were very active and opened up discussions on the financing of satellite solutions, their specific difficulties and their potential for long-term adaptation.

You can view the presentations from this roundtable here, including the one from UNOOSA which unfortunately could not be broadcast at the event. Markus Woltran, Programme Officer at UNOOSA, describes the Space 4 Climate Action plan established by UNOOSA to enable the space sector to be fully engaged in the fight against climate change. 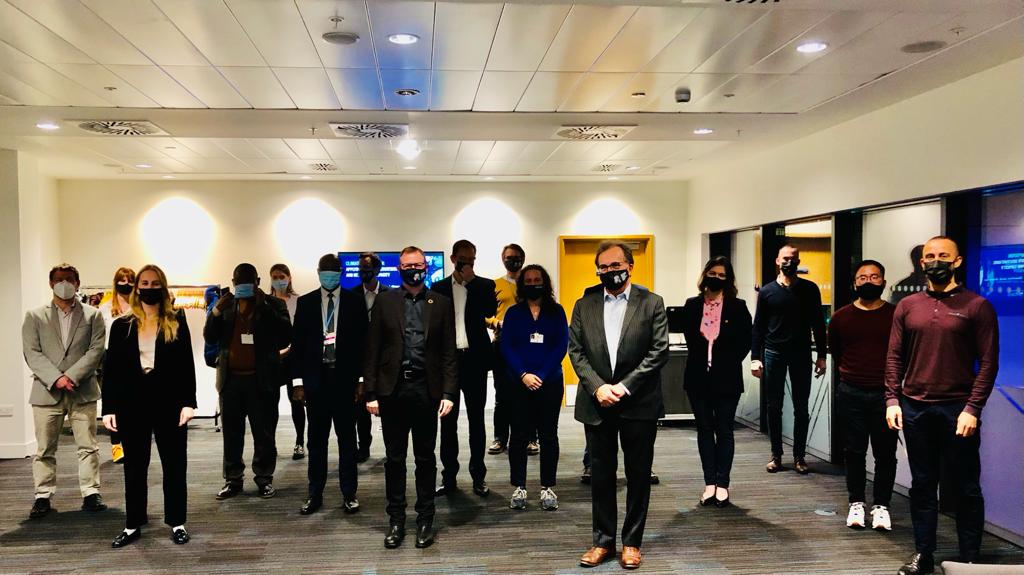 The November 10 event organized with GEO was an opportunity to exchange with an audience from different backgrounds. © SCO 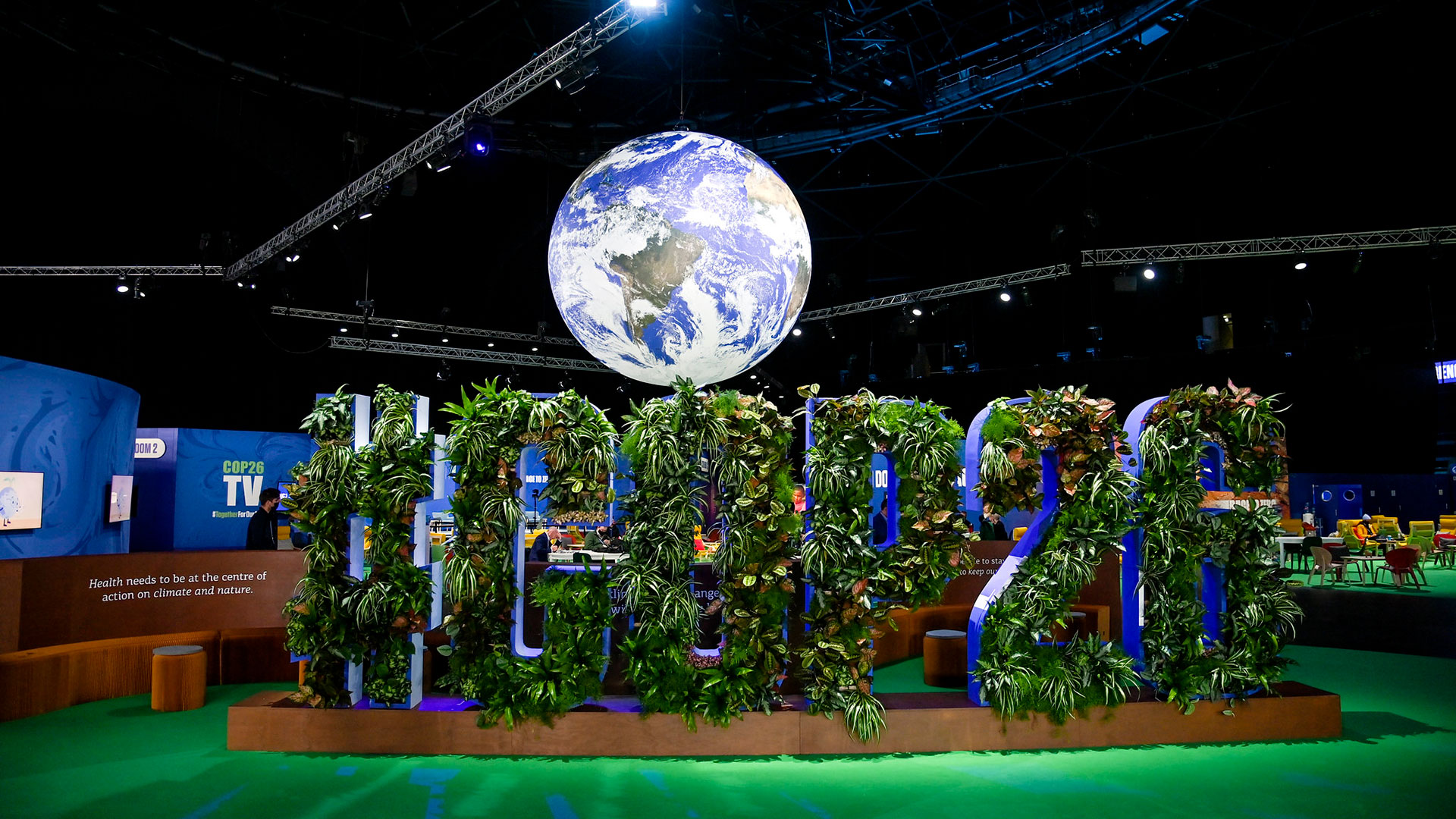