Published on 21/01/2021
When we think of climate, we think of Météo-France. It is therefore natural, obvious even, that this historic institute should be at the heart of SCO France. Jean-Michel Soubeyroux, Deputy Director of Climatology and Climate Services, sheds some light on the motivations, contributions and expectations of Météo-France with regard to the Space Climate Observatory.

Satellite image: 3 hurricanes over the Atlantic in September 2019 ©Météo-France

As a climate professional, how would you describe today’s climate change?

Jean-Michel Soubeyroux: For me, climate change is something that is part of our everyday lives and that affects almost all of our activities. People are beginning to notice its effects, but for us as climatologists, its existence has been fact for quite some time now. It seems to me that the shift happened in 2003, with the deadly heat wave in Europe. And while it had previously only been seen on time series, it has become clear that climate change is happening now, following a succession of major climate events over the last two decades. For all those who want to address this issue, particularly politicians, the fight against climate change and the question of how countries can adapt is the biggest challenge we face as a society. 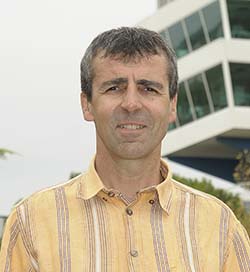 How did you welcome the news of the creation of the SCO?

J-M.S.: As a long-standing partner of CNES, Météo-France has been involved with the SCO since its conception. We took part in the initial brainstorming session and we saw the concept emerge and start to take shape! Perhaps, if I do say so myself, we have even helped to make the SCO what it is today: an innovative approach to climate change adaptation that puts space imaging at the heart of the service, not just a simple component. I also particularly like its initiative to work together with national stakeholders.

Météo-France is, logically, a key member of the SCO France. Why is this an opportunity for your institution? What are your expectations?

J-M.S.: As a public operator on climate, one of the priorities of Météo-France is to support public policy on climate. The SCO initiative is unique and heralds a promising future for services to help countries to adapt. It is therefore natural for us to be a part of this and to shed light on the climate science aspect, so that the services developed carry this climate DNA. SCO France supports effective and useful projects, but we are only at the beginning; now we have to make practice and theory meet. The first projects have been launched and show that the ideas developed to construct the SCO are working.

Your teams are already heavy users of satellite data. Will SCO enable you to go further in your work on climate change with space technology ?

J-M.S.: It’s still a little too early to say, but that’s what we are thinking! Through the SCO, we are trying to contribute to the emergence of climate change imaging services that could change, or even revolutionise, the way in which certain topics are dealt with. Several areas of application should be able to benefit fully from these new services; I am thinking particularly of cities and the issues of water resource management. All of this can only be done in partnership and that is the strength of the SCO: bringing together skills that no single organisation possesses on its own.

Météo-France is currently involved in two SCO France projects: Flaude and Thermocity. Why these in particular and what is the contribution of Météo-France to these projects?

J-M.S.: These projects straddle both pillars of the SCO: space and climate. Flaude, a project I am directly involved with, deals with the issue of flooding and the resilience of mainland France to the risk of Mediterranean flooding. Météo-France has joined this project firstly to demonstrate how the issue of flooding can be addressed in terms of the climate: with the other partners of the project, we are considering how different developments aggravate or, quite the opposite, reduce the vulnerability of the country to climate change. It’s a big challenge! What’s more, Copernicus Climate Change Services (C3S) chose this project to support the SCO, which further reinforced the idea that Météo-France is participating as an interface between the Copernicus services on climate and satellite imagery. As such, we are studying the replicability of the project in other areas in France and in Europe, for which we are testing various products made available by C3S. 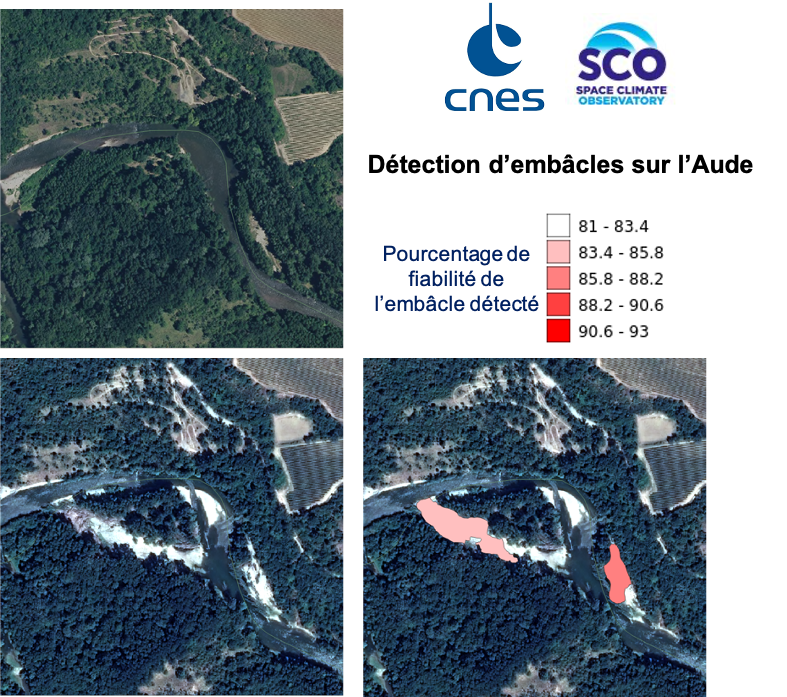 As for Thermocity, it puts forward various topics that present new opportunities for adaptation in cities. High-resolution space imaging captures a “photo” at a given time of city temperatures and energy performance, and Météo-France provides its experience in modelling city climates and different urban-planning scenarios. With a more comprehensive overview, the resulting maps will be able to offer new services on the effects of urban heat—or cold—islands, energy performance of buildings, etc. Ultimately, the exercise consists in developing a constellation of complementary and coherent climate services for cities.

J-M.S.: Climate change will increasingly be “on the political agenda” and countries will need to launch adaptation initiatives. Between daily observations, analysis of events and future projections, the SCO gives countries a host of extremely useful tools to address these issues. I am a strong believer in the relevance and future success of the space imaging approach for adaptation services. But the subject has an important political dimension, and I believe that the future of the SCO depends in large part on the importance countries will give to adaptation issues, depending on whether they make it an operational or forward-looking subject.

Météo-France is the French national weather and climate service responsible for weather forecasting, climate history archives and future climate research, in support of public policies. One of the strengths of the organisation is that it covers all fields from operational to research, at all scales of time and space. As an internationally recognised service, Météo-France plays a significant role in leading meteorological cooperation organisations, such as the World Meteorological Organization (WMO) and the European Centre for Medium-Range Weather Forecasts (ECMWF). 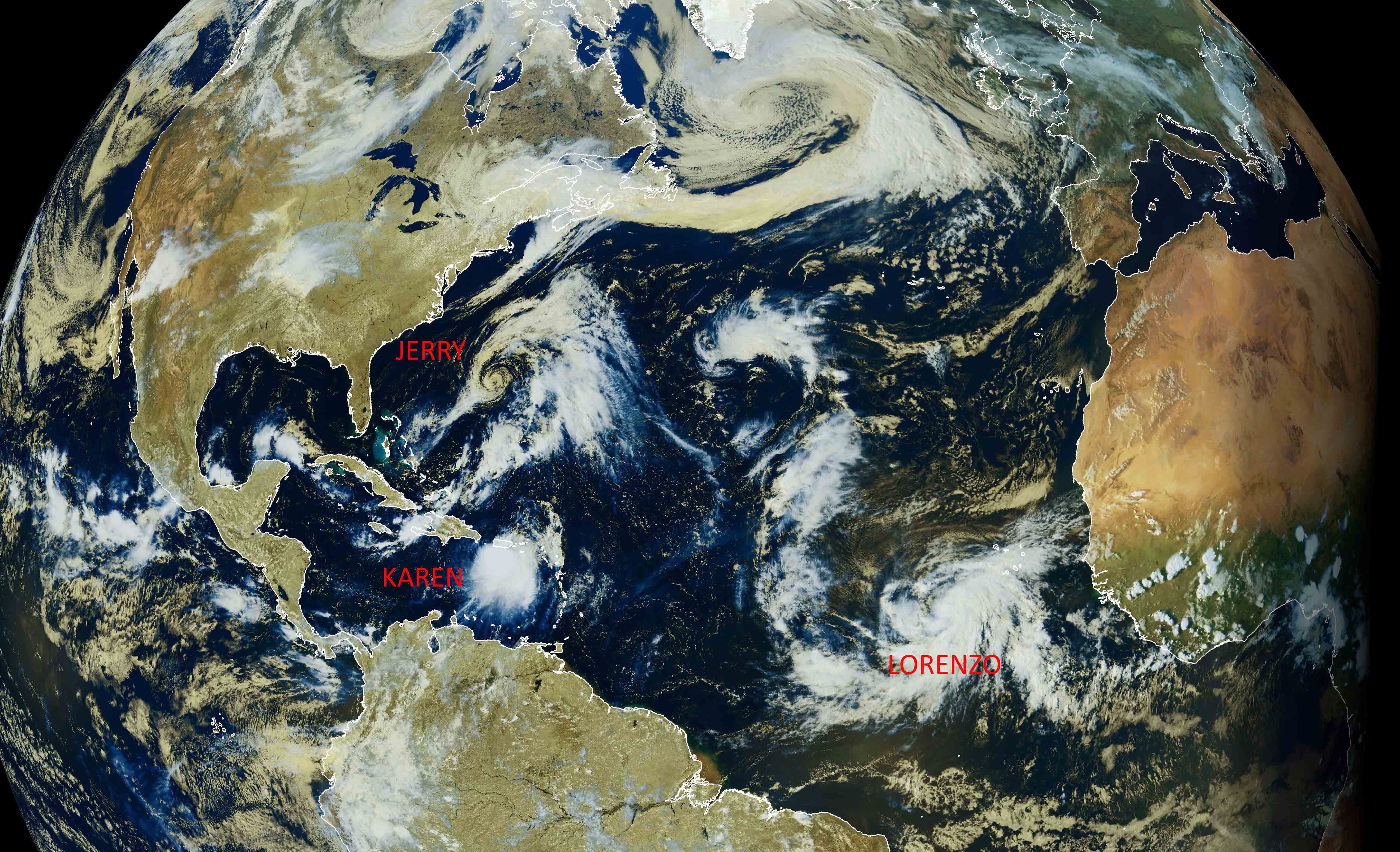