The OpHySE (Operational Hydrology from Space and modEls) project aims to set up a platform for real-time monitoring of the state of rivers and to assist navigation in a context of climate change. It will be declined on all the catchment areas of the territory of Guyana as a demonstration.

Operational Hydrology from Space and modEls

Guiana is THE French territory of tropical hydrology. Covered with 90% of Amazonian forest, it is delimited in the northwest by the Maroni (border with Suriname) and in the southeast by the Oyapock (border with Brazil). These two rivers represent particularly sensitive borders, for social, political, economic and environmental reasons.

As all the road infrastructures are located on the coast, the Maroni and the Oyapock are the only means of transporting goods and people to the villages located in the upstream part of the basins. These rivers also represent the route by which illegal workers and the products of gold panning transit from or to the riparian countries, which is a factor of societal problems and diplomatic tensions. 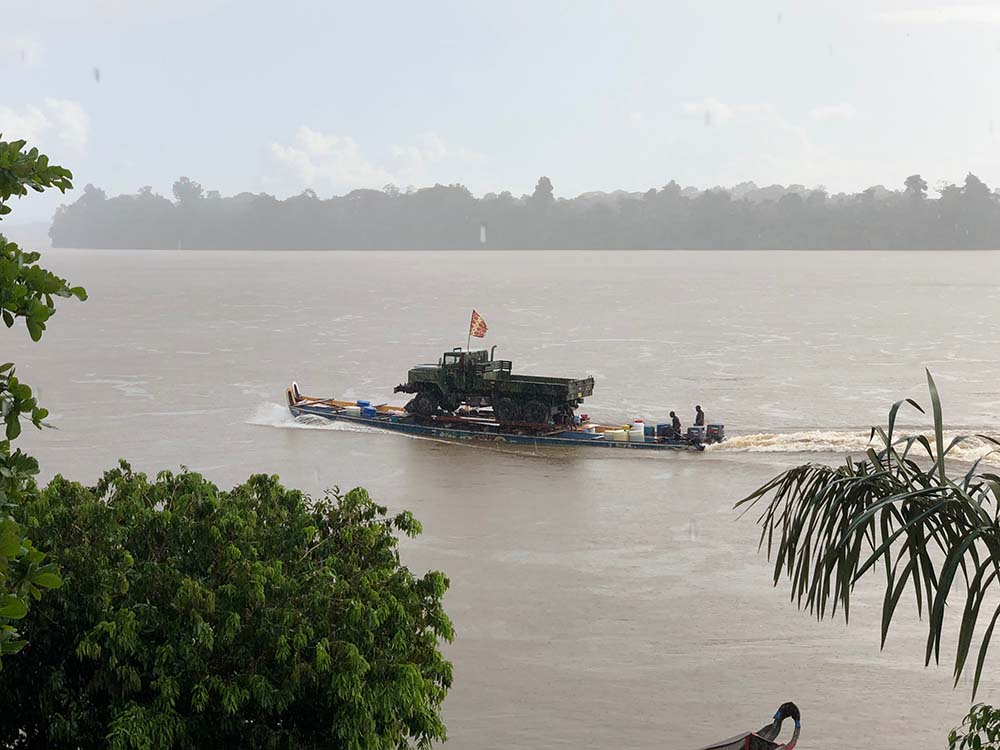 On the rivers of French Guiana, the remarkable mastery of the pirogues allows the transport of all types of goods and merchandise. © Jacques VERRON

The Amazonian context therefore makes it difficult to equip and maintain an ad hoc hydrological monitoring network, not to mention the impossibility of such monitoring for the Surinamese and Brazilian tributaries, which nevertheless represent a significant part of the water inflow to the Guiana territory. In addition to the Maroni and the Oyapock, seven rivers of more than 100 km in length cross French Guiana. One of them, the Sinnamary, through the Petit Saut dam, provides the department with an important part of its electricity, of which the Guiana Space Center (CSG) is a major user. Moreover, like the entire Amazon region, French Guiana is currently experiencing the effects of climate change. Knowing that 90% of the population lives on the coastal strip, the most unstable and mobile in the world, at less than 2 m of altitude, the changes on the rivers could endanger the populations (increased risk of flooding due to more intense extreme events, decrease in the potability of water due to more frequent saline rises because of prolonged low water levels, increased difficulty of access to health care and food, etc.) and the local biodiversity.

The OpHySE (Operational Hydrology from Space and modEls) project aims to set up a platform for real-time monitoring of the state of rivers and to assist navigation in French Guiana. 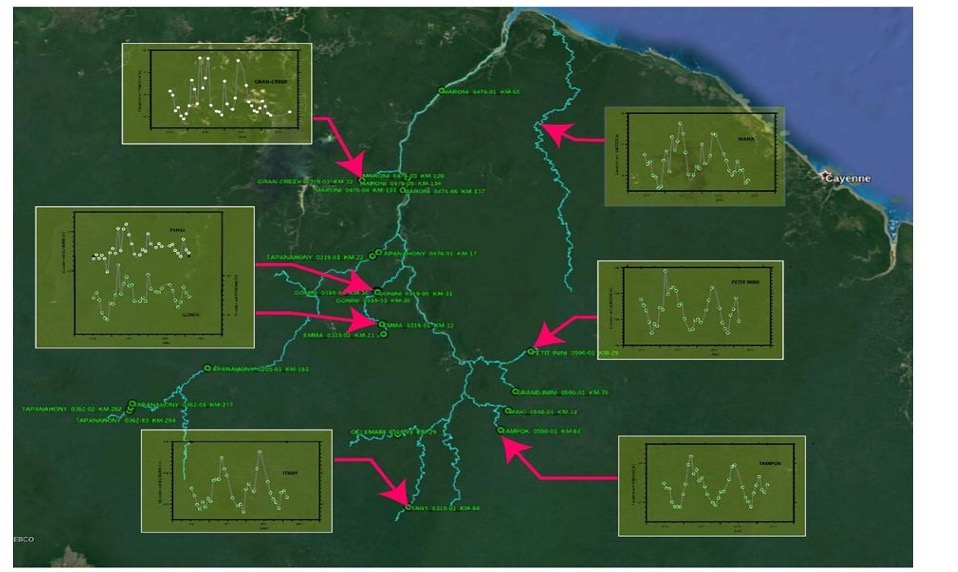 This platform will allow real-time monitoring of the state of the basins (flow and navigability) but also analyses of climatic trends through re-analyses fed by long time series of altimetry and rainfall data. This real time information will allow the state and territory services to analyze the risks linked to an excess or a lack of water in the rivers, and to plan displacements and interventions in particular.

Forecasting modes could also be implemented through the use of ERA5 type series or forecasts on the evolution of average rainfall in 2050-2100. They could be the subject of a phase 2 of this project. It should also be noted that a coupling with the 'water quality' part (e.g. sediment load, discharge of pollutants from gold mining, etc.) and fine hydraulics could be considered in the future.

Many French hydrological actors have the ambition of a large project of development of a spatial and operational hydrology of which OpHySE is positioned as a significant step. Thus OpHySE gathers : 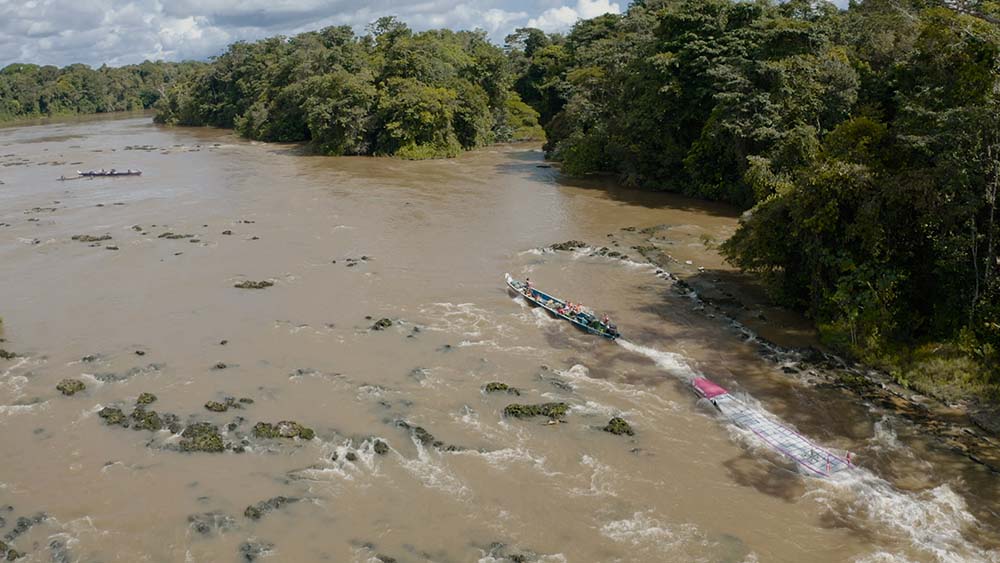 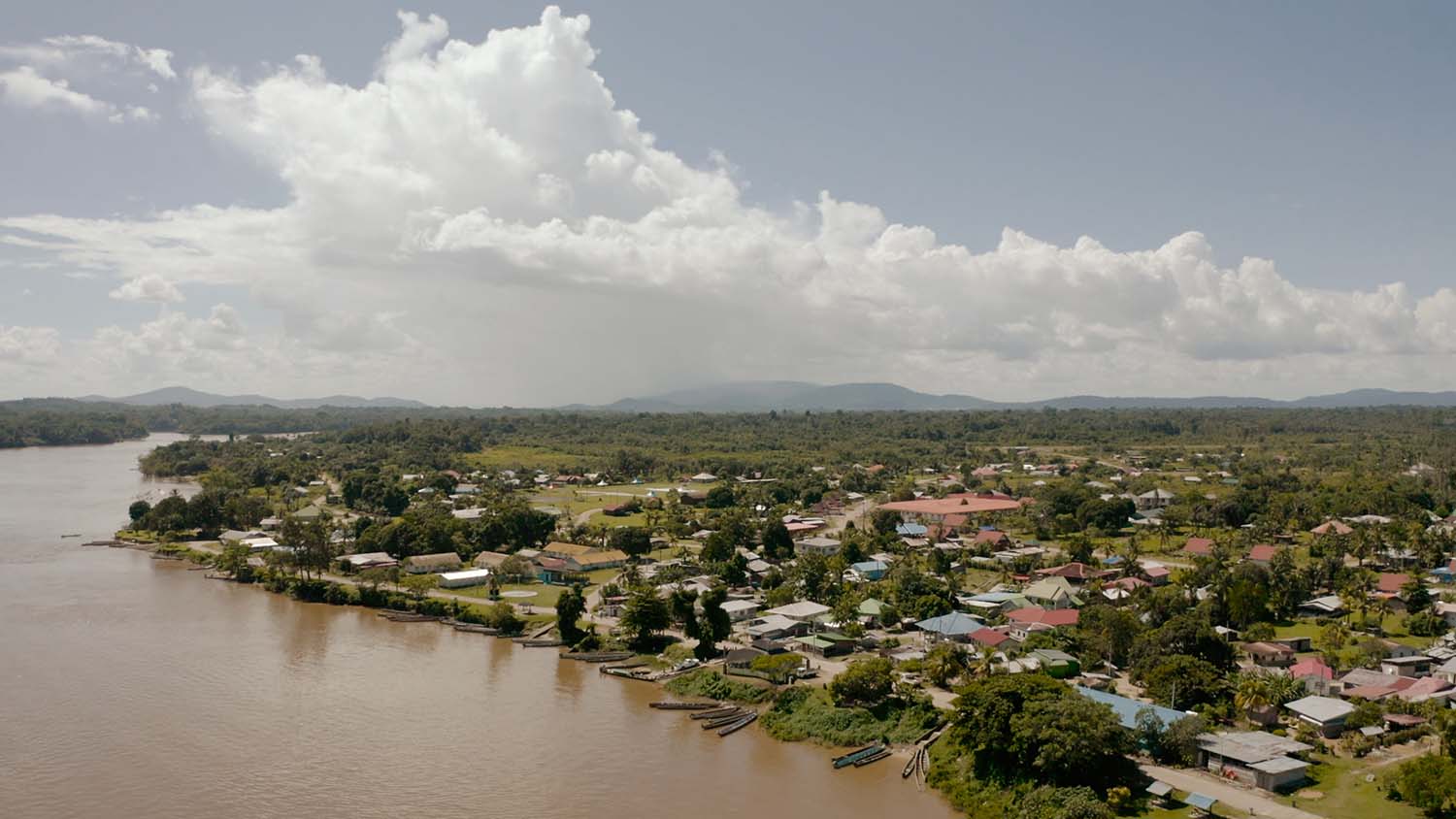