SCO Projects: a "use case" approach

As the national offshoot of the international initiative, the SCO France aims to bring together the scientific community, public authorities and the business world around solutions for mitigating and adapting to the impacts of climate change. Through its role as a driving force in France, SCO has become a major player among initiatives using satellite data to contribute to the climate effort.

As the SCO initiative was born in June 2019 at the instigation of France, the French Space Agency CNES (Centre National d’Études spatiales) was immediately entrusted with the implementation of the SCO in France. This national implementation aims at rallying the creation of other SCOs in other countries, and has therefore created a general model – in terms of global structuring, organization and animation – to be shared with other Signatories.

Launched in November 2019, SCO France is managed by an Inter-Agency Committee (IAC) made up of 22 French public entities operating in the field of climate action, including the Ministry of Higher Education and Research and the Ministry of Ecological Transition and Solidarity.

The CIO meets at least twice a year. An Executive Board oversees the smooth operation of the Committee and coordinates its work.

SCO France strives to accompany national public policies on climate change and therefore implements an annual call for projects in the priority areas set out by the government in its climate policy.

The SCO France pursues the objectives set out by the international initiative:

3 SCO Projects: a "use case" approach

The goal of SCO France is to create a community capable of providing feedback and detailed requirements for climate adaptation and mitigation through an approach based on specific use cases.

Every year in September, SCO France opens a call for projects. During a few weeks, the labelling committee – composed of CIO members and European partners – assess the applications against precise criteria. The first and most important one is to answer the immediate needs of local geographic area using space data.

To achieve this, a SCO project should involve several families of players within its consortium:

Thanks to this unique involvement, local decision-makers and the general public are progressively gaining access to crucial tools for planning resilience-focused actions that are essential in the face of climate challenges.

Projects that are accepted as SCO Projects benefit from tailor-made technical and financial support, as well as communication at national and international levels.

After being accepted as SCO Projects, participants become part of the SCO community, and agree to contribute to its development for the benefit of all. In order for the solutions developed to be easily adapted to other places and contexts, this feedback should preferably include all data, algorithms and technical components. Bilateral or multilateral cooperation projects are eligible, and collaborations involving other SCO Signatories are encouraged. 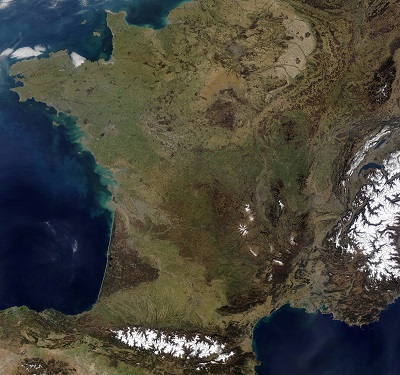