SCOlive carries out an observatory associating all the actors in the field to map the diseases and parasites harmful to the olive tree. This information allows to conduct a scientific study on the environmental conditions conducive to these diseases and to establish a predictive model in order to anticipate and remedy them.

The objective of the SCOlive project (shown in the figure below) is to create an observatory that would allow a better understanding of the conditions of appearance of olive tree diseases and to anticipate treatments. It will associate all the actors (occasional and professional farmers, individually or in association, and interlocutors of the territorial engineering) to map all the diseases and parasites that can harm the olive tree and thus provide relevant information to help the local public authorities in their decision making.

To do so, the project relies on the feedback of geo-located and time-stamped "citizen" information from field actors. This allows i) to map the hazard, ii) to provide information to affected people on prophylactic measures to adopt, which encourages them to participate in the observatory, and iii) to conduct a scientific study (a diagnosis) on the environmental conditions conducive to the expansion of diseases affecting olive trees (e.g. Hornero et al. 2020) in order to eventually establish a predictive model (a prognosis).

This model will thus allow: 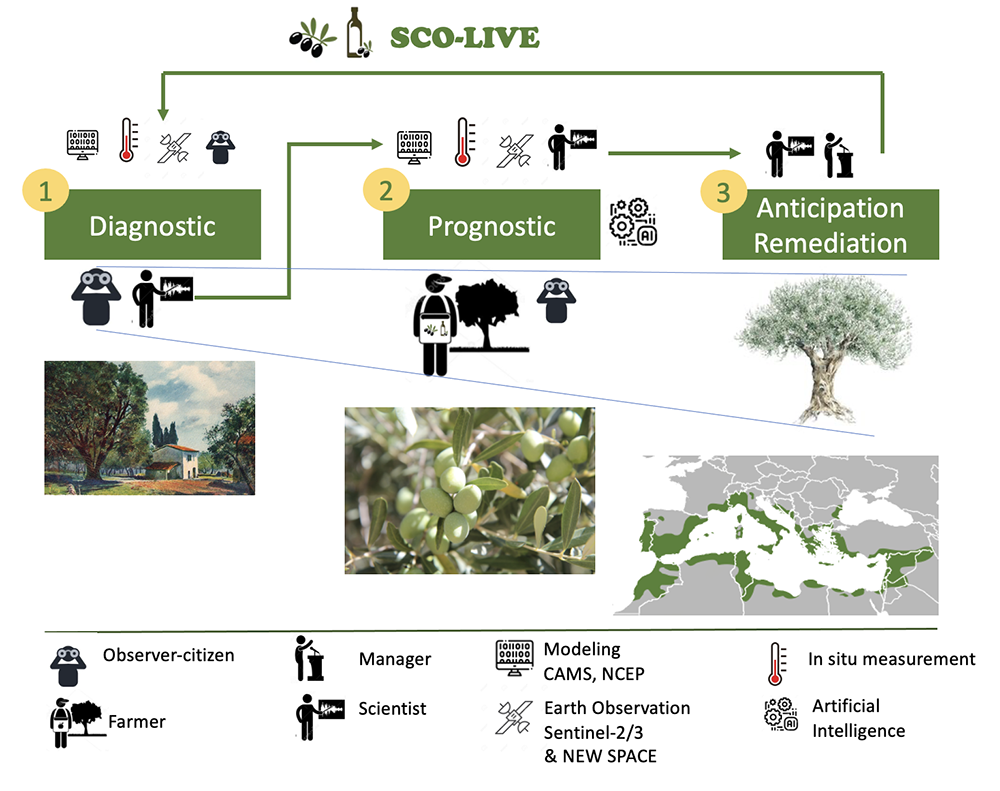 The SCOlive observatory project is submitted by a consortium led by ACRI-ST, with the Communauté d'Agglomération du Pays de Grasse (CAPG, community of agglomeration of the country of Grasse), which includes 23 municipalities and scientific laboratories, French, Italian and Spanish, experts in the biology of the olive tree and ecological niche models. The Syndicat Interprofessionnel de l'Olive de Nice (interprofessional syndicate of the olive of Nice) also supports the project.

Fully in line with the "ecological transition contract of the Grasse region, biodiversity and climate change", the proposed observatory has a strong potential for geographical extension (to neighboring departments and other countries in the Mediterranean basin) due to the tools used: models and large-scale Earth observation, classic cell phone technologies.

SIMPLEX, the "citizen" information feedback and environmental analysis tool, has been awarded the ADEME label, as part of the PIA biodiversity (TRL 7). It allows to contextualize the observation in its environment (wind, rainfall, vegetation density, ...) thanks to a direct link with Copernicus data through DIAS and Sentinel-2 and Sentinel-3 data. These citizen reports are ingested in a database containing also Earth observation data as well as environmental conditions in which diseases and pests are observed. This information is then mined to define ecological niches by involving Artificial Intelligence (MLP/NN type, see Ashraf et al. 2017).

Xylella fastidiosa : the regulations in force

The Xylella fastidiosa bacterium is a priority quarantine pest. According to the European Regulation 2016/2031/EU, its potential economic, environmental or social impact is considered the most serious for the territory of the European Union. As such, monitoring and control of Xylella fastidiosa is mandatory throughout the European territory. The implementing regulation 2020/1201 specifies the provisions to prevent its introduction and spread in the EU. An 8-point Xylella action plan is proposed by the French Government, which, as early as 2017, published a national multi-year surveillance plan in the Official Bulletin of the Ministry of Agriculture and Food. The SCOlive observatory project has a very important potential of expansion to other territories and other plant species.

The observatory is open to as many people as possible (subject to compliance with a charter of use) and participation (information feedback and consultation of results) is not limited.

ACRI-ST maintains the observation database, which can be made available to users. The maps reporting the observations are freely available to all users of the application. The results of the studies aimed at defining the conditions of occurrence of the diseases will be made public through scientific communications.

The tools used (application and external data) and the methods are transposable to all regions of the world and the results of this project will be directly applicable to regions with climatic similarities, notably around the Mediterranean (and presumably the southern coasts of South Africa and California). However, the environment/flood correlation studies may require local adjustments, but in principle, the system is perfectly transposable. 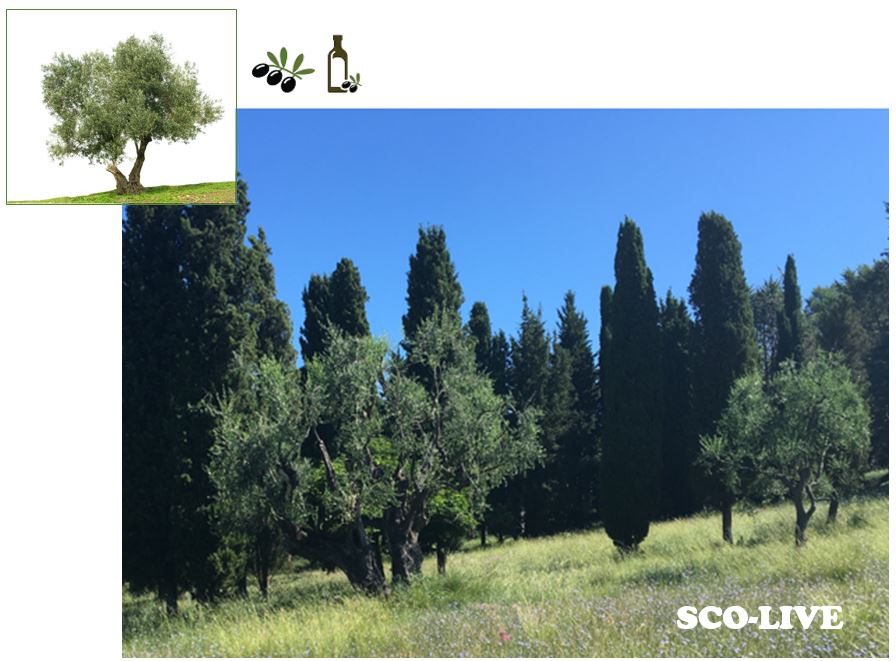