Published on 15/07/2022
For its second committee meeting of the year, the SCO France met on 1st July 2022 at the Météo-France site in Toulouse. The participants prepared the opening of the next call for projects as well as the major events of the second half of 2022.

The Interagency Committee brings together the 22 member institutions of SCO in France. It meets twice a year for a half-yearly review and a perspective on the next six months.

The 14 projects accredited in the spring of 2022 bring the SCO France portfolio to 51 projects, 90% of which are deployed in metropolitan France. Several of these projects, accredited in 2020, are being completed between June and September, including EO4Drought Monitoring, which was presented at the meeting.

An impact analysis of the SCO projects identified 21 indicators, including the success rate for labelling, the estimated population reached, the scale of acceleration and the number of structures involved. In order to go further in the analysis and enhance the value of the SCO, the ASIRPA impact study methodology, developed by INRAE, will be deployed to recontextualise the emergence of projects with their impact paths, define the inputs, outputs, intermediaries, etc. This work will be organised in partnership with INRAe, and a first example is being conducted with the FLAude project.

Overview of actions for the first half of 2022

The annual symposium organised by UNOOSA in partnership with Australia will address the use of space for climate action. On this occasion, the SCO will present itself and share more specifically the French context and the use of satellite data in the framework of regional public policies, notably through the example of the FLAude project.

The event will host the 10th International Steering Committee on 19 September, followed the next day by a plenary session dedicated to the SCO, entitled "New horizons for Earth Observation: adapting our societies to the impacts of climate change".

Organised by the SCO in Morocco 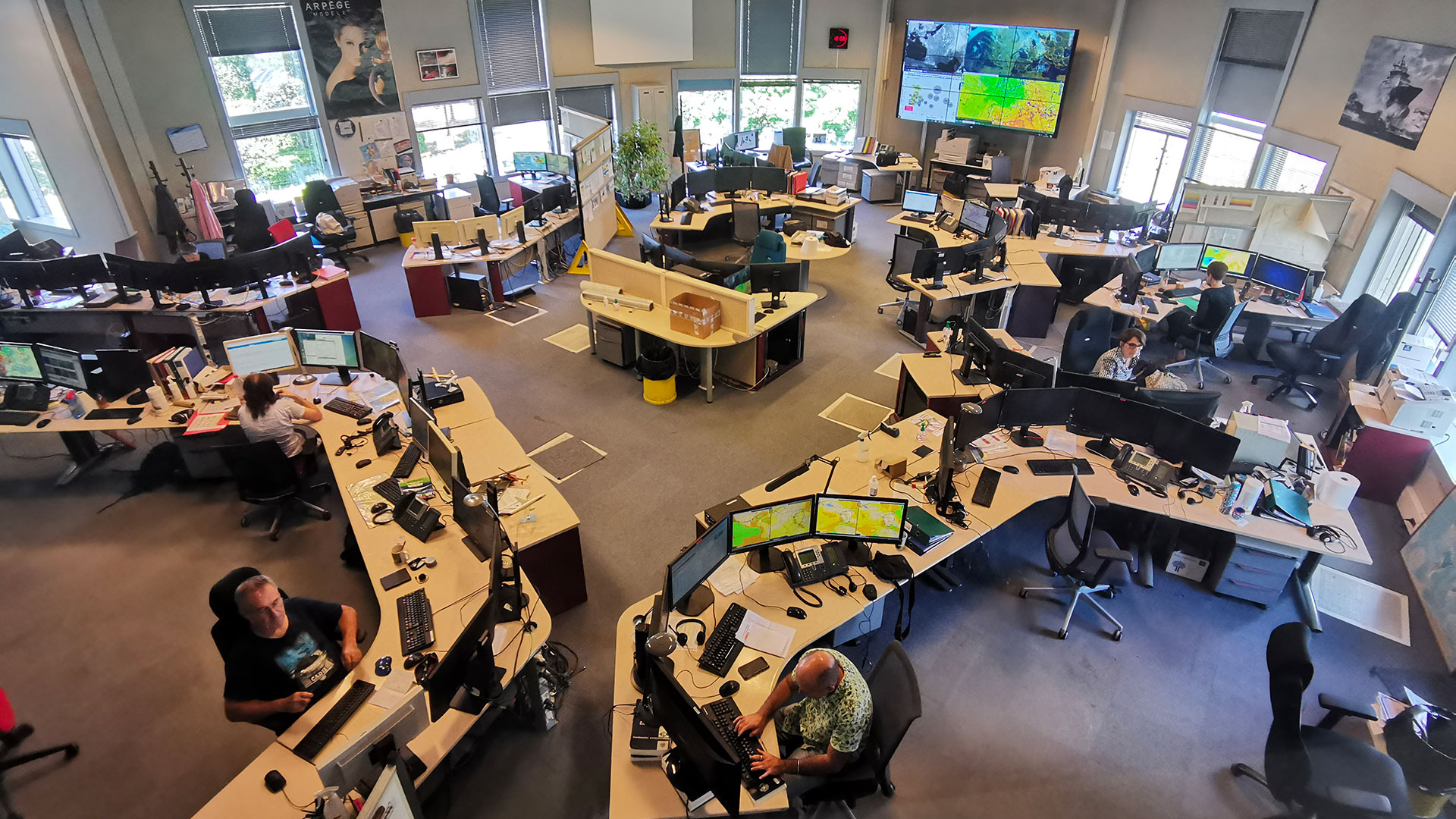 In the Météo-France forecasting centre in Toulouse. © SCO