170Countries and territories in which the UNDP works

One-to-one with the UNDP

Published on 02/04/2021
Through its activities, the UNDP (United Nations Development Programme) – the United Nations’ main agency for development – helps to achieve the Sustainable Development Goals (SDGs) in some 170 countries and territories. With shared values and ambitions, it is an enthusiastic member of the SCO, both as a user and a partner. Bertrand Frot, Deputy CIO of UNDP, tells us some "local stories" which, aided by the SCO, may benefit millions of people.

What is the UNDP and for which challenges is it the standard bearer?

Bertrand Frot: The UNDP works alongside other UN agencies, mainly the Peace-Keeping Forces, the High Commissioner for Refugees, the World Food Programme and UNICEF – the United Nations International Children's Emergency Fund. The task of the UNDP is to eradicate extreme poverty and to work to foster harmonious economic development. This is achieved in particular by organising elections – and restoring the rule of law when necessary – followed by economic development and, henceforth, by sustainable development goals (SDGs), which include the climate issue. The UNDP therefore focuses its action on three issues: population migrations, inequalities and climate change. 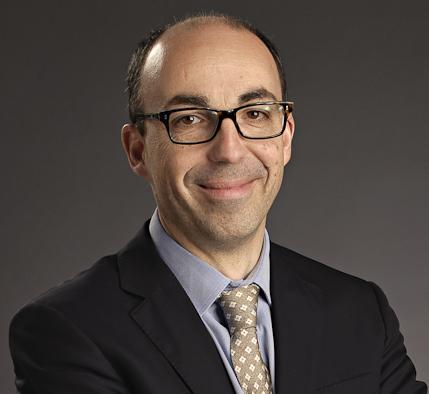 The impacts of climate change are becoming more intense and are associated with other problems. We are already witnessing migratory flows rarely seen in history. But these are not pawns on a chessboard: these are people who have lives, trades, incomes, and children who go to school. How can they anticipate what is going to happen and how can we all act together? Our first goal is to get everybody to realise that the need to adapt to climate change is no longer a theoretical concept but a reality. Thanks to the development projects, the changes to be made can be considered as an opportunity, a voluntary process rather than one imposed on you.

Why did the UNDP decide to join SCO International?

B.F.: The impacts of climate change, which are central among our concerns, still represent relatively new ground. We know there are cascading problems that have to be addressed without delay because they have a snowball effect on the economy. For example, about two years ago – just before we joined the SCO – we noticed that in Indonesia, less frequent but much more violent floods have drastic impacts not only on the rice crops, but also on the logistics, to the extent that the number of annual harvests is called into question. Worse still, when the flooding affects hangars and roads, the harvest rots on site or in the transport trucks. Ultimately, up to 80% of the harvests can be lost. And this scenario is repeated in Vietnam, on the African continent, in South America, and so on. We want people to realise that the impacts of climate change are problems of "village" economies, or even of survival if we consider islands in the Pacific which are gradually being submerged by the rise in the ocean levels.

The UNDP, which is established in 170 countries, wants to take advantage of all these examples so that as many people as possible benefit from the solutions, and this requires scientific models. The fact is, the space community has scientists of very high calibre, is accustomed to working in cooperation on international projects, and has a culture of openness. I therefore see this as an ideal union: by combining the SCO's spatial data with the UNDPs' local data, we can build models to better predict the impacts of climate change and guide investments and actions by governments, local authorities and citizens. That is why the UNDP believes in the SCO and is proud to be one of its founding members: so that the lessons learned in Vietnam can be used in Mozambique, that those from Uganda benefit Indonesia and the Honduras, and so on, with the final goal of helping hundreds of millions of people from just a few studies.

You mentioned citizen action. Could you explain this further?

B.F.: If government action is vital, the involvement of citizens is just as important. Given that open data is part of its DNA, the UNDP wants to share its models with the public, so that each individual understands the impact in their town, village or street. Let's take the example of Saint Louis in Senegal, where a breach opens up, resulting in the ingress of seawater: informed of the situation and its repercussions, the inhabitants will spontaneously think, "If the water comes as far as this, it is my waste that will cause pollution, fisherman will lose their livelihood, the mangrove will disappear," etc. Consequently, they will be able to invest and adapt to preserve their living environment.

"We have an 'industrial' approach to development, with the ability to do 'repeat business' in order to replicate effective actions."

You are already supporting three projects in the SCO 2020 selection: OSS Saint Louis, Lake Chad and Viet-ARRO. Why these particular projects?

B.F.: Because they are representative of global problems in places where the UNDP has years of research and studies behind it. The coastline of the city of Saint Louis in Senegal is eroding at an ever-increasing rate, as is the case in Normandy, Haiti, Ecuador and the United States. Lake Chad is suffering from a devastating combination of extreme temperatures, a fragile water table and major temporary population migrations with the security problems this brings. Lastly, Vietnam is typical of countries in which the poorest inhabitants eke out their living from agriculture which is hit by ever-increasing climatic disasters.

Are you positioned among the new projects of the 2021 selection?

B.F.: None of our proposals has been labelled because, being the "field operations people" that we are, our projects are highly local, such as preserving forests on the Turkish plateaus. These projects are already funded by public money, their goals are primarily local, and they have a performance obligation. There is also a problem of data consistency between field samples which are sometimes too small to be correlated with spatial data. We are therefore working very hard on our proposals for the next generation of projects.

B.F.: The cost of combating climate change is colossal! Nobody on earth, government or private entity, is able to pay for it. It is crucial for the agreed investments to be profitable and well used so that as many people as possible benefit from them, and this requires data and scientific models. In this respect, the SCO acts as facilitator between the countries and the projects, a role that is absolutely essential for the future and which must remain in scientific and independent hands. I therefore hope that the cooperation will expand geographically, because few countries as yet have space agencies. This fantastic wealth of data will provide us with modelling and communication tools.

And your closing word?

B.F.: Thank you France and the CNES for having created the SCO, an extraordinary initiative, and I extend my thanks to the scientific community for having embraced it with enthusiasm. Bringing 30 countries together in such a short time is amazing. Hopefully each country will contribute its data so that others can benefit from them as quickly as possible.

The UNDP, United Nations Development Programme, is one of the principal multilateral development bodies contributing to eradicating poverty and reducing inequalities and exclusion. It advocates for change and connects countries to knowledge, experience and resources to help people build a better life for themselves. 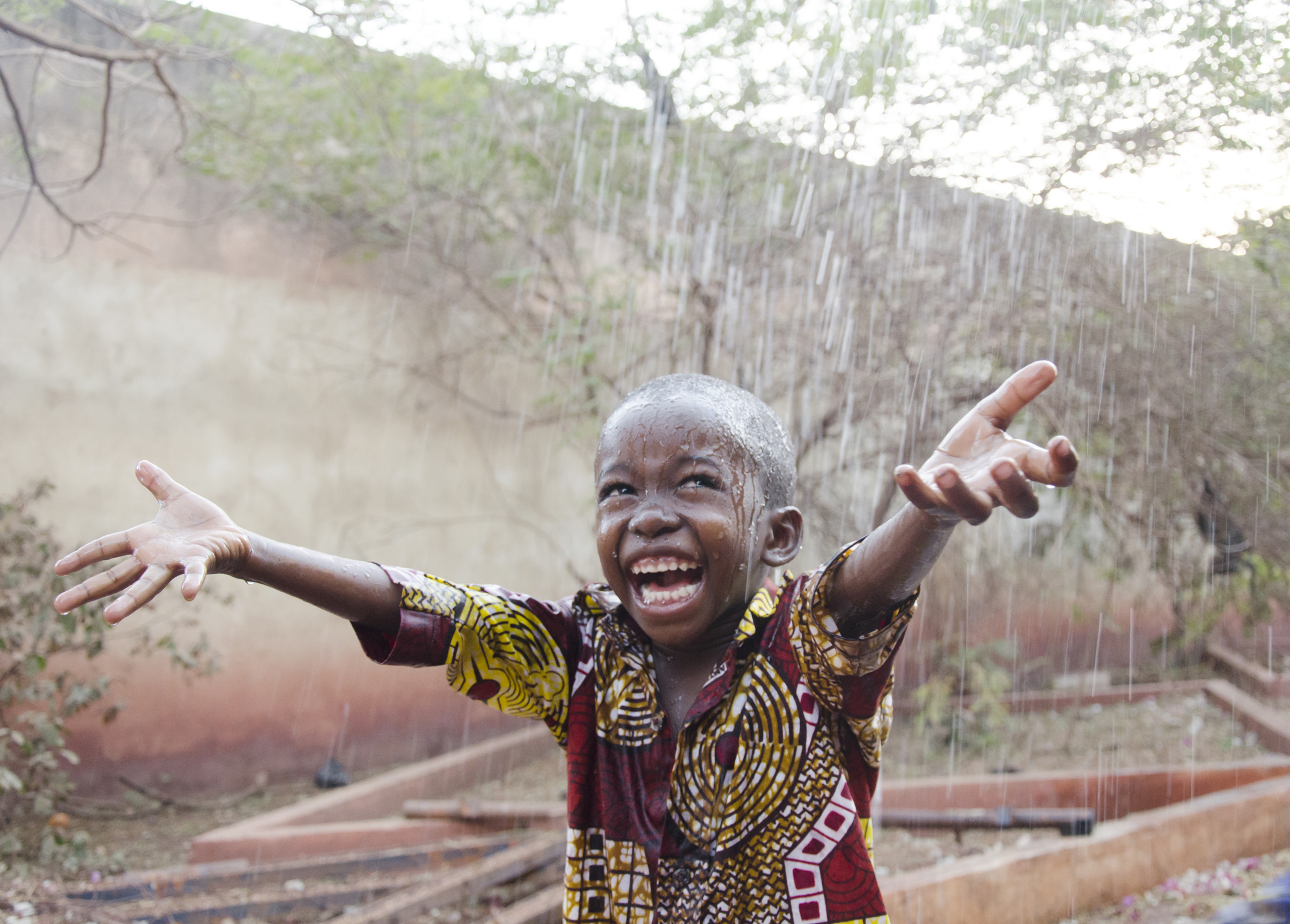