This project concerns the Saint-Louis coastline, which is particularly vulnerable to coastal erosion and flooding. The aim is to acquire more information, to raise awareness among all players of the hazards and risks posed to coastal areas as a result of climate change, and to develop tools and indicators relating to the vulnerability of the local population and economic activities.

Assessing the vulnerability of coastal populations and economic activities

Coastal environments are complex systems with a particularly high degree of interaction between the physical, ecological and social components. Around one-third of West Africa’s inhabitants live on the coast, and the population is growing at a rate of 4% per year. Coastal areas produce 56% of regional GDP. Fishing is a particularly important activity, with sales totalling an estimated 2.5 billion dollars on the wholesale market. Moreover, a number of major cities are located along this coastline, including Dakar and Saint-Louis in Senegal, as well as several key ports (trade and fishing).

These coastal ecosystems are under threat, not only from the development of non-sustainable infrastructure, poor management of resources and natural habitats and pollution, but also from the impacts of climate change. Ineed, phenomena such as sea level rise, storm surges and overflowing coastal rivers are leading to greater coastal flooding and erosion, thus increasing the vulnerability of the region and its population.

In some areas, the coastline is receding by up to 10 metres every year. Between 20% and 30% of mangroves have been destroyed or severely damaged over the past 25 years. This is also true in Senegal, where the coastline is receding at an estimated 0.5m to 2m every year. At the same time, the country has been impacted by flooding caused by high rainfall, overflowing rivers and/or storm surges, industrial and domestic pollution, saltwater intrusion and mangrove destruction.

To address these issues and establish the necessary balance between ecosystem protection and economic development, it is vital to precisely track hydrodynamics, morphology and sedimentology on different scales in time and space, and to combine this process with modelling, in order to better understand, plan and manage the changes taking place in these environments.

The project team therefore selected a region of study that is representative of the hazards and risks encountered in Senegal and, more widely, in West Africa as a whole. That region is the coastline of Saint-Louis, which is particularly exposed to coastal erosion and flooding (from the Senegal River and storm surges).

The project will involve observations, measurements and simulations at three working sites: 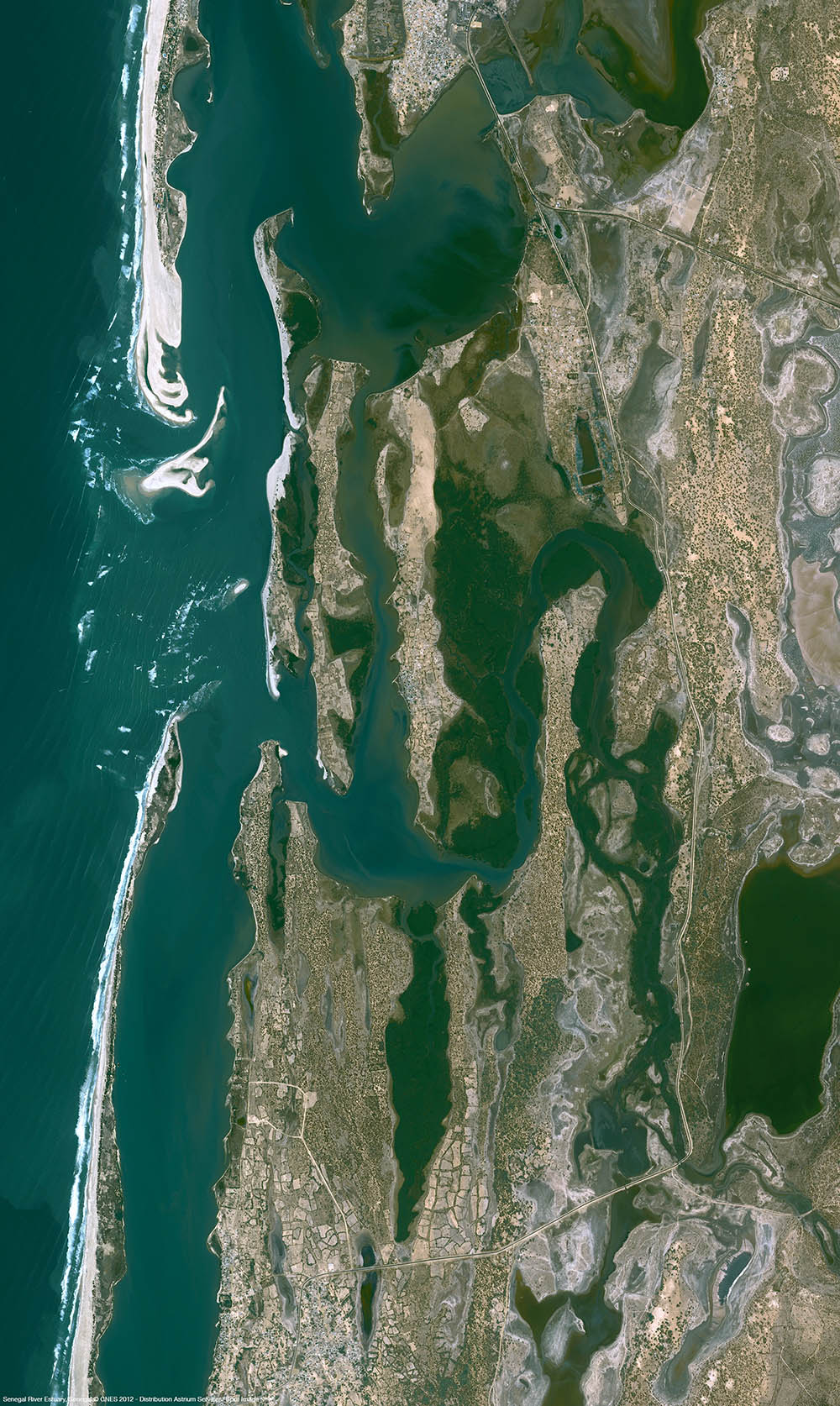 Located at the mouth of the Senegal River (seen here by the Pleiades satellite), Saint-Louis is sensitive to coastal erosion and subject to both the Senegal River floods and storm surges. © CNES 2012, Distribution Airbus DS 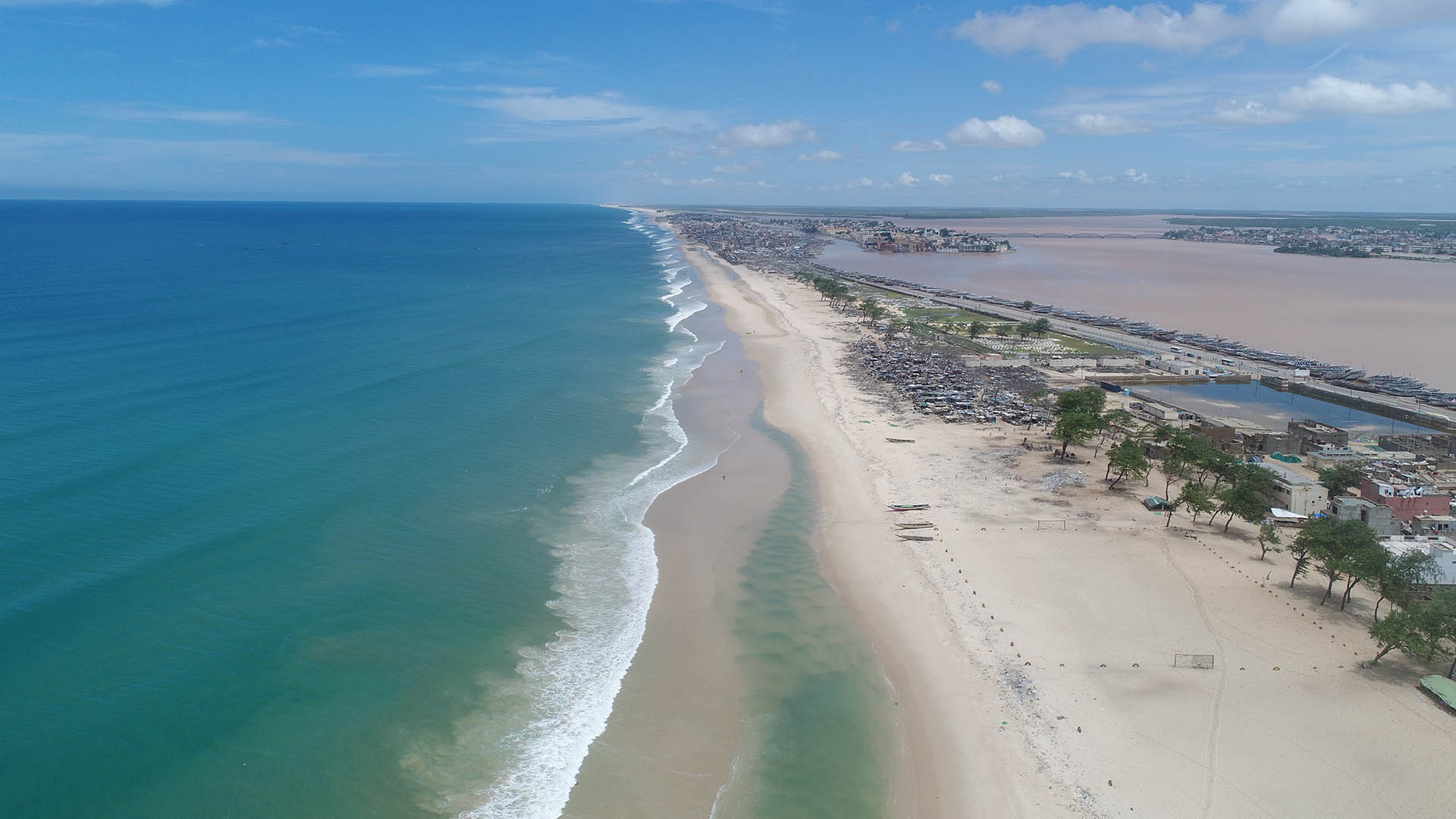