History of SCO: the 2-year review

Published on 31/08/2021
In June 2021, the SCO celebrated its second anniversary. As the instigator of the initiative, France has shaped the face of this new kind of alliance. What, why, how, what results and what prospects... We take stock with Frédéric Bretar, head of the SCO at CNES.

When and how was the SCO born?

Frédéric Bretar: The primary ambition of the SCO is that of the CNES earth observation teams, who wanted to set the course for the use of space data to address climate issues, in the wake of the mobilisation of space agencies following COP21. Following the withdrawal of the United States from the Paris Agreement, President Macron launched a major international mobilisation by creating the international OnePlanet Summit in December 2017, under the banner "Gathering and acting for the planet". The Space Climate Observatory is one of the initiatives proposed in this framework and spirit. The first act of the SCO led, on the proposal of CNES, to the commitment of 23 space agencies and international organisations through the signing of a Declaration of Intent in June 2019. And today, in September 2021, we are 33! This ambition is being pursued by Philippe Baptiste, the current President of CNES, who has moreover secured Morocco's membership of the SCO in early July 2021. 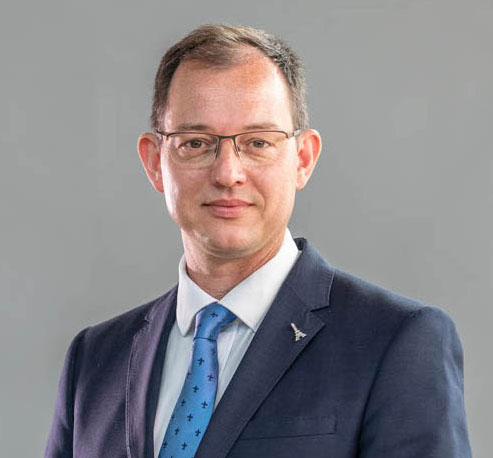 Frédéric Bretar, Head of the SCO programme at CNES © CNES

How do you go from ambition to concept?

F.B.: Between an international environment of 'climate' subjects occupied for many years by very legitimate players (World Meteorological Organisation WMO, Global Climate Observing System GCOS, European Centre for Meteorological Forecasting ECMWF) and the bodies responsible for the study and use of space data (CEOS, Copernicus Services, ESA Climate Change Initiative, GEO, etc.), a clear picture of the SCO has taken time to emerge. One thing is certain: the SCO must be linked to these international networks. The management of the SCO set up at CNES in September 2019 very quickly made it possible to clarify the concept: with appropriate governance, the SCO will be

More concretely, what are the key stages of this young story?

F.B.: The "birth certificate" was signed on 17 June 2019. In the second half of 2019, the first International Steering Committee laid the foundations for international governance, while the French version, known as "SCO France", was already being set up. With a role as a driving force that must be as exemplary as possible, we have ratified a project-based operating mode, the ideal type of SCO project, and then launched the first call for projects.  The first half of 2020 saw the adoption of the Terms of Reference of the SCO International, then the decision to launch an international call for projects under the aegis of the UN agencies that signed the SCO (UNOOSA and UNDP at the time). At the level of SCO France, the first call for projects was managed and 14 projects were approved. At the same time, several collaborative workshops were organised to establish an operating charter, which was published in July 2020. The second half of 2020 saw the management of the SCO International and SCO France project calls take shape. The spaceclimateobservatory.org website, launched in June, is rapidly expanding! This site is the SCO's showcase and - we hope as much as we work on it - a federating link for the SCO community. This brings us to the first half of 2021, a very dynamic period that began with a notable presence at the One Planet Summit in January. This was followed by the labelling of 25 projects in January, then 4 others at the beginning of June, as well as the launch of SCO Acceleration Committees, prefiguring local SCOs in India, Indonesia, Morocco, Gabon, China, Thailand and Mexico. Finally, Russia, UNEP, Malta, Singapore, Indonesia and Morocco have joined the SCO.

"We are moving forward in a step-by-step manner, punctuated by national and international governance points."

What is your assessment of the SCO today?

F.B.: In two years, the SCO has enabled 43 projects to be labelled, including 7 international projects (China, Mexico, Morocco, ESA) and 36 projects led by the SCO France. The website offers the files of these 43 projects (spread over 66 geographical sites) as well as their news.

In the last six months, China and Mexico have gone from Acceleration Committees to operational SCOs, and Gabon is working to quickly turn this around.

Finally, with 10 additional international partners, the SCO is now well anchored in the international landscape, even if it is necessary to keep up constructive pressure with many partners and potential donors. However, the prospect of an in-depth commitment of members around an international Charter - currently being drafted - whose general secretariat would be carried by UNOOSA is very inspiring. In addition to the SCO Acceleration Committees, which enable several signatories to take part in a project, SCO France is very well organised with an Inter-Organisation Committee bringing together 22 institutions and ministries, an Executive Bureau and an Operating Charter.

Let's zoom in on SCO France. What an activity! As you were directly involved in its implementation, how did you go about it?

F.B.: If we were to put the SCO France under the macroscope, we would find governance tools, a labelling mechanism, a funding allocation mechanism, project developments and communication/promotional actions. Thanks to this organisation, we can congratulate ourselves on the success of the 2021 vintage, with 22 labelled projects, but also on the nominal progress of the 14 projects of the 2020 vintage. This represents the involvement of around 250 people from 110 institutions and 30 companies. We should also note the setting up of the SCO France quarterly meetings, open exchange sessions on the solutions developed in the projects. The first was on the theme of "the use of satellite data in SCO projects". The second, scheduled for 21 October 2021, will focus on remote epidemiological monitoring. In parallel, we are working on the valorisation of the projects once the acceleration period is over.

As the SCO is supported by the space agencies, CNES is the backbone of SCO France. How do you organise yourself to be present at each level?

F.B.: At CNES, this translates into a matrix-type organisation, with highly efficient secretarial support, internal purchasing, legal and budgetary support, correspondents for CNES international relations, a set of referents in charge of managing labelled projects, project management assistance that manages the logistics of calls for projects, governance meetings, collaborative workshops and communication actions, and finally an editorial unit that is mainly responsible for the content of the website.

"In two years, the SCO has enabled 43 projects to be labelled, including 7 international projects and 36 projects led by the SCO France."

Let's now talk about the projects that are all developing decision support tools to adapt to the impacts of climate change. Where do these projects come from and what issues do they address?

F.B.: These projects cover a variety of themes such as biodiversity, agriculture, water management, health, land use, response to natural disasters, extreme weather events, all in different types of areas (coastal, urban, forest, rural, mountainous, tropical), not forgetting an educational theme. An analysis of the project portfolio shows that three categories coexist:

What are the next steps for the SCO?

F.B.: Activity in the second half of 2021 remains very intense! At the international level, priority is given to finalising the International Charter and signing it at COP26 in early November. This will certainly trigger a new impetus, especially at the level of local SCOs, which have the mission of bringing out new projects to "Gather and act for the Planet", which was indeed the initial promise.

For the SCO France, the mechanism put in place has proved its worth. A typical year of the SCO France will be punctuated by a call for projects, the management of current vintages, communication and promotion actions. Depending on the type of project, partnerships beyond the SCO could be envisaged (such as business incubators, platforms integrating Frontier projects, etc.). ). A successful SCO project will be one that finds its users, shares its expertise and even its algorithmic core, so that we can all succeed in giving tools to local decision-makers throughout the world. Moreover, with only 24 months maximum to become operational tools, the first projects are starting to bear fruit, such as SatLCZ and Flaude. Subscribe to our Newsletter to follow all the progress, discover new projects and participate in dedicated webinars! 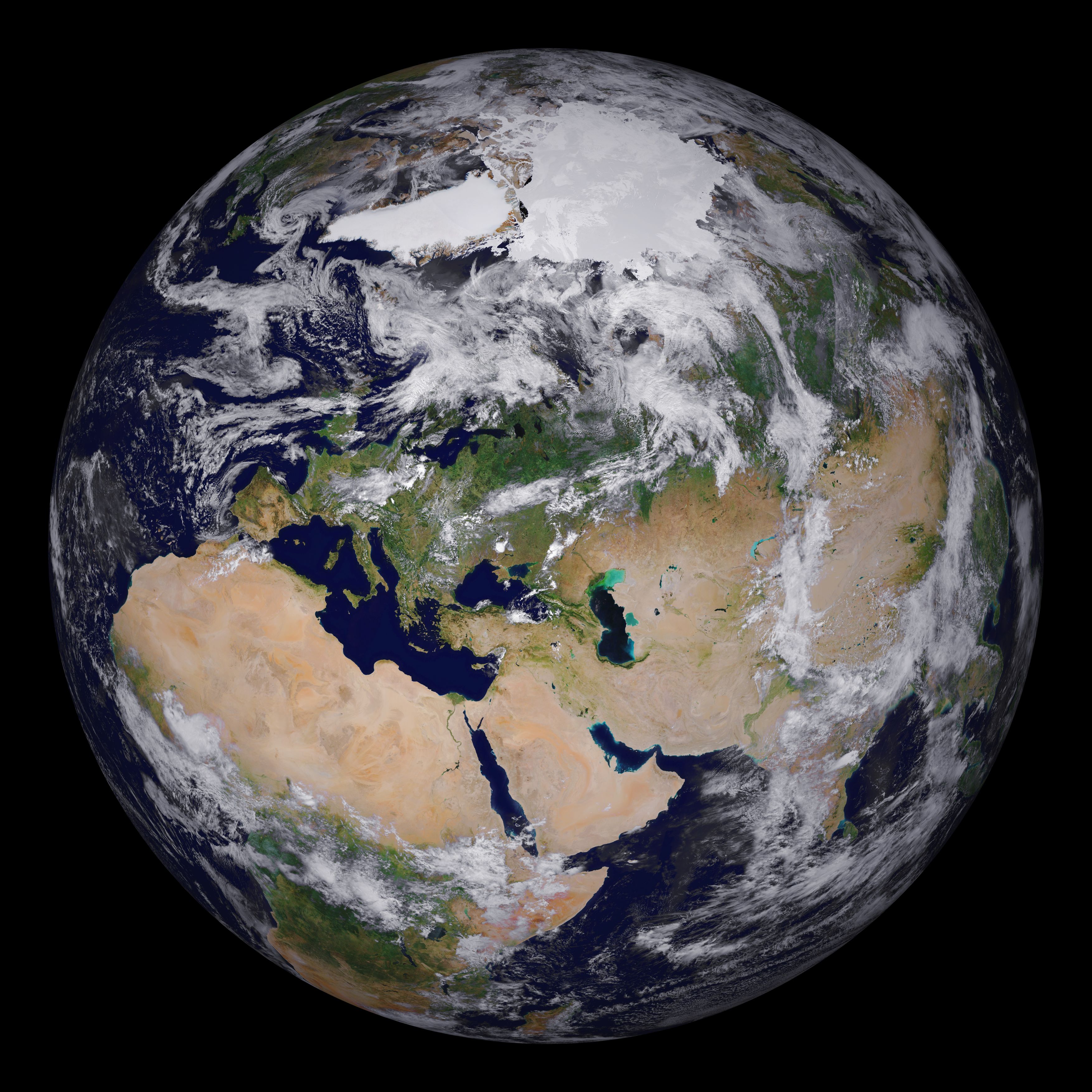